At a time when many public commentators are turning against multiculturalism in response to fears about militant Islam, immigration or social cohesion, Tariq Modood looks to provide a distinctive contribution to these debates, in this second edition of his book Multiculturalism. This book is rich, stimulating, and helpful in the sense that it allows the reader to understand the background of current political discussions about multiculturalism, writes Aysegul Kayaoglu. Multiculturalism is a highly debated concept and a policy tool of integration that almost nobody is a total stranger to. In recent years, there have been many discussions in academic and media circles about it being dead, having failed, and being ‘a possible contributory cause of exclusion and segregation’ (see Multiculturalism and the Welfare State by Keith Banting and Will Kymlicka). These discussions have stemmed from the fear of radical Islamists especially after 9/11, and inflamed the view that Muslim populations in western European countries are not well integrated to their host societies.

Tariq Modood, a professor of sociology and a well-known scholar on the subject, argues that multiculturalism is not ‘dead’ and in fact there is an urgent need for it to accommodate Muslims in today’s western European countries which is, as he goes on to defend, an important challenge for secularism. Modood updates his ideas and suggestions in the ‘death of multiculturalism’ debate by adding two new chapters (chapters 7 and 8) to his compelling book Multiculturalism. I believe Modood’s aim with this second edition is not to restore the highly damaged reputation of the term, but to discuss the circumstances under which we should expect multiculturalism to provide social cohesion in today’s world. In the following paragraphs I would like to focus more on the content of these new chapters of his book.

In Chapter 7, “The Strange Non-Death of Multiculturalism”, civic-national multiculturalism is explained in detail in a framework and Modood tries to clarify confusions that exist in arguments of anti-multiculturalism. He defines multiculturalism as “a mode of integration that deals not just with individuals but also groups”. The other three modes of integration he defines are assimilation, individualist-integration and cosmopolitanism, and all of these modes should be addressing post-immigration “difference”. This “difference” does not refer to socio-economic or other kind of differences, but should be understood as identity differentiation: how we identify ourselves and “others”. Modood interestingly suggests that different modes should be employed in different situations and thus they should not be seen as substitutes in the accommodation of the differences. In that sense, Modood is not advocating or exalting multiculturalism blindly, but argues that “Each approach has a particular conception of equal citizenship, though the value of each can only be realized if it is not imposed but is preferred choice of minority individuals and groups, who, of course, being ‘multi’, are bound to choose differently” (p. 166). The author also mentions different anti-multiculturalist policies and their implications in Britain, France and Germany, and concludes that even their anti-multiculturalistic policies may use multiculturalist discourses such as group consultations, representation and so on.

In the last chapter titled “Multiculturalism and the ‘Crisis of Secularism’”, Modood develops further arguments to convince those who argue that multiculturalism is dead in Europe that there are many reasons to be optimistic about the “capacity to multiculturalize their own institutions in ways faithful to their own logic.” He argues that “moderate secularist legacy” is one of the sources for hope, and moderate secularism needs to be pluralized so that western Europe can accommodate its new religious plurality.

Modood also discusses the so-called crisis of secularism in this chapter and defines it as a challenge of post-immigration multiculturalism – a mild way of arguing that the crisis stems from the presence and integration of Muslims in Western Europe. By giving the status of religion in various western European countries as an example, he argues that this challenge is not because of a slowing down of secularism (he argues that the dominant situation in the mentioned region can be described as ‘belief without belonging’ (p169)) but it is due to the presence and increasing visibility of Muslims in the post-immigration period. Although the dominant situation in Western Europe can be described as ‘belief without belonging’ (in a similar logic with defining Europe as ‘secular Christian’) (p169), giving primacy to religion by Muslims ‘as the basis of identity, organization, political representation, normative justification and so on’ (p171), makes the core component of the challenge.

Apart from these new chapters, this second edition has a new cover page on which a black rosary (prayer beads) appears on pure white background. Although the rosary can be regarded as a religious symbol and can be linked to the main subject of the book- Muslims- it also carries with it some controversies in regards to the term multiculturalism. As is told throughout the book, multiculturalism is about accommodating and recognizing “differences” but not assimilating them into a mainstream feature. Thus, a rosary with beads of different sizes and colours could have better illustrated the concept.

All in all, should we be optimistic about the role of multiculturalism for establishing social cohesion in Western Europe? If yes, what policy changes need to be in initiated? One can also ask whether the discussions of post-secularism would lead us to a rethinking of political secularism with necessary reforms to accommodate Muslims and religious diversity. Under which circumstances will dual identities of ethnic minorities no longer be regarded as an alienation caused by moderate secularism? Last but not least, we also need a discussion of the feelings and views of second and future generations of Muslims in Western Europe on multiculturalism, which seems to be missing in the theoretical discussions at hand.

To conclude, this book is rich, stimulating, and helpful in the sense that it allows the reader to understand the background of current political discussions about multiculturalism.

Aysegul Kayaoglu studied Business Administration at Bogazici (Bosphorus) University in Istanbul and completed her MSc in Economics at Birkbeck College, University of London with Chevening Scholarship. She is currently studying towards her PhD degree on the Policy Implications of International Migration at Université Catholique de Louvain, IRES (Institut de Recherches Economiques et Sociales) and also enrolled in the European Doctoral Program.  She is a graduate teaching assistant at the London School of Economics and Political Science in the Departments of Economics and Management. Her main research interests are development economics, population economics and applied econometrics. Read more reviews by Aysegul.

Posted In: Contributions from LSE Staff and Students | Politics | Sociology/Anthropology 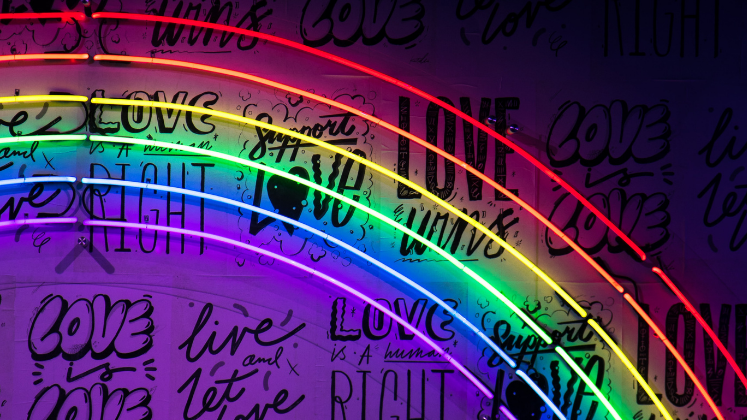