Thomas G. Weiss is one of the world’s leading authorities on the challenges and processes of global governance. In his latest book, Weiss considers the chasm between the magnitude of a growing number of global threats – climate change, proliferation of weapons of mass destruction, terrorism, financial instabilities, pandemics, to name a few – and the feeble contemporary political structures for international problem-solving. Andreas Aagaard Nøhr finds another recommended read for students of IR and governance. A re-emerging problem for International Relations scholars is explaining the degree of order, stability and predictability of the anarchical system of global politics: how is the world governed in the absence of a central authority? How does this system engage with global treaties and problems such as climate change, proliferation of weapons of mass destruction, humanitarian crisis, terrorism, financial instabilities, economic development, or pandemics? In his new book Global Governance: Why? What? Whither? leading humanitarian intervention scholar Thomas G. Weiss seeks to answer such questions.

Global governance, Weiss states, “is the sum of the informal and formal values, norms, procedures, and institutions, that help all actors – states, intergovernmental organizations, civil society, transnational corporations, and individuals – to identify, understand, and address trans-boundary problems.” (p. 2) In this sense, global governance constitutes the “government-like-services” that the international system provides in the absence of a global government. To study these government-like-services, Weiss erects an analytical framework that is made up of five so-called “gaps”: knowledge gaps, normative gaps, policy gaps, institutional gaps, and compliance gaps. A gap is a conceptual device that allows for essential tasks towards order, stability and predictability to be defined. As such, these gaps may or may not be filled and the success or failures of global governance may be identified.

Following this, the structure of the book is somewhat straightforward: Chapter 1 explains why global governance came to be and why we have become so interested in it. Chapter 2 outlines what global governance is and attempts to elaborate on issues of power and incentives in relations to it. Although the discussion does not move beyond a “power as possession” – power could just as well be conceptualized as action, which would make it a lot easier to justify why we should be interested in more that just nation-states. Surely, there is a lot more to be done. While Chapter 3 conceptualizes the different gaps, Chapter 4 through 8 deals with each of the gaps by examining six issues in International Relations: the use of force, terrorism, generators of Human Rights, the responsibility to protect, human development, and climate change. Chapter 9 concludes the book and considers whither global governance provides a sufficient solutions to all of these issues.

Beyond engaging with the debate about global governance – what it is and what it does for the system of states – Weiss very interestingly takes it further and situates the book within a debate about the political future of the world: What does the future of the globe look like in the great telescope of the political scientist? Traditionally this debate has been defined along a continuum raging from an anarchical system of states to full-fledged world government – the more we move from left to right the more order there exists. To some, we live in an anarchical system of states with little or no order; others are more positive and hold that states can, if they choose, cooperate and form intergovernmental organizations that provide some order to world affairs. Again, others would hold that there exists an international society of states that through a series of institutions is maintaining world order; and some, like Weiss would describe the situation as one of global governance. At any length, we are in all accounts more or less closer to the anarchical end of the continuum. For some a world state is neither attainable nor desirable, to others it is inevitable and only a matter of time before the political system will see the emergence of a central authority.

So what does the future hold? Will global governance be enough to save the planet (“with dignity”, as Weiss likes to add) from the overhanging dangers of nuclear weapons, global warming, or economic inequality? Weiss does certainly not seem convinced. Although a supporter of the present configuration – considering the alternatives, the present system did save us from hell – he maintains that it will not be enough in the future. World government will be needed in the end for these problems to be solved: Here, “global governance [constitutes] a bridge between the old and the yet unborn” (p. 181).

According to Weiss, we cannot afford to be neither a Westphalian pessimist, holding that the current system is unable to change; nor a post-Westphalian pessimist, holding that which ever system is to come will be just as, if not more, disorderly and unpredictable. Thus, Weiss sides with the optimists, Westphalian and post-Westphalian alike (which both, according to Weiss, envisions some version of a global political entity), to whom “global government rather than global governance provides a missing but essential component” (p.182). In the same spirit, Weiss somewhat predicts that technical advances eventually will breach the gaps for world government to be possible and then “global federalism may not appear so unlikely a half-century from now” (p.184). This, Weiss points out, might not necessarily mean a democratic deficit as some have argued.

While some form of world government might be achievable in the future, my only concern, however, is that Weiss and the rest have hubristic ideas about the endurance of statehood and thereby its ability to permanently solve global threats. In the Social Contract, Rousseau had bad news to anyone placing his or her faith in a world government to provide permanent order and stability to the globe: If Sparta and Rome have perished, he argued, what state can hope to endure forever? We cannot allow ourselves to dream about making constitutions eternal – the world of men does not allow for the kind of stability that would allow a world government to exist in the necessary timespan to outlast global threats as the ones we are faced with today. The problem is one of temporality: in the realm of the social, things exist until they do not. I doubt the same will be the case of, for example, nuclear weapons or climate change. My point here is not that the pursuit of a world government is pointless, but rather it is that existential threats like nuclear weapons and climate change should be placed at the centre of theorising of world politics; we ought to look beyond just political units when using our political imagination to come up with solutions to global threats. 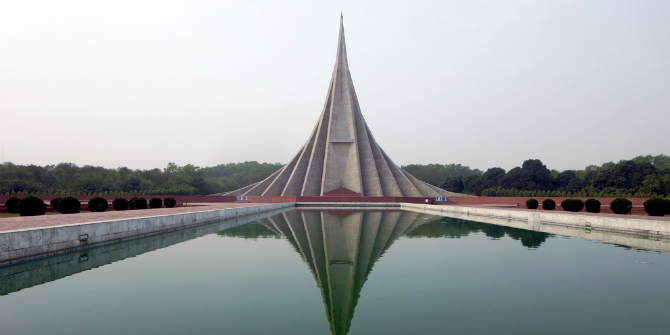