As new forms of ‘non-traditional’ families grow in number, there is a need to understand these new arrangements and models of parenthood. This book discusses examples of the relationship between changing gender identities and processes of family formation in the Western experience. It aims to show that in the 21st century it is possible to form a family without sex, without children, without a shared home, without a partner, without a working husband, or without heterosexual orientation. Donna Peach finds this an interesting and innovative book that serves to disrupt not only traditional constructions of family but also the links between research, academia and social media. 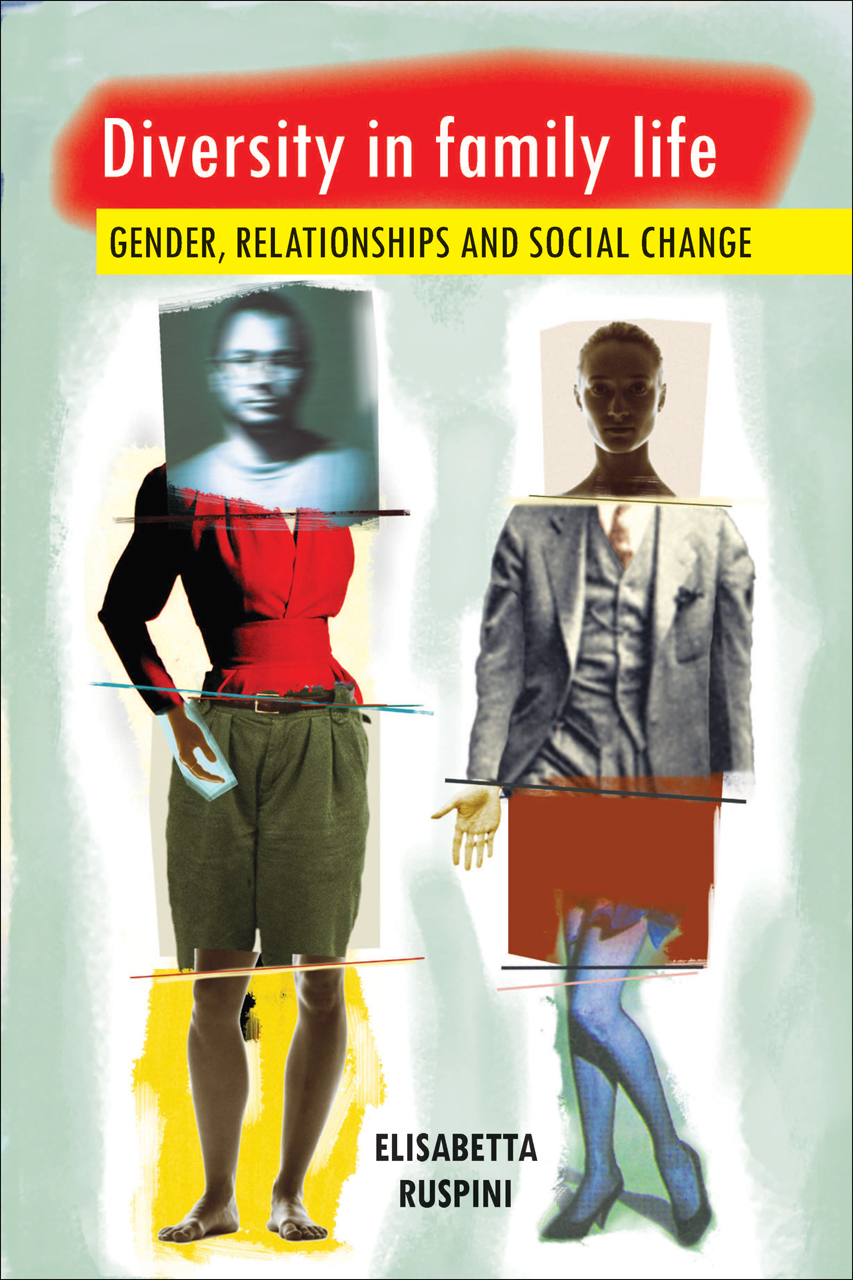 In Diversity in Family Life: Gender, Relationships and Social Change, Elisabetta Ruspini navigates familial progress from modernity to what she terms the millennial generation – those born between 1980 and 2004 who have grown up with dynamic information and communication technologies (p.3). The millennials are predominantly children of the baby boomer generation, which include those born between 1946 and 1964. These generational concepts are interesting and as someone born between these two categories, I find no classification for which I can claim association. Thus, I have no subjective experience of belonging to a categorised generation and reflect that this tension between objective categorisation and subjective experiences is intrinsic to this book. Ruspini does not review the generational concept but uses it as a useful backdrop to draw links between an individual’s time and place in history.  In addition, although the book’s chapters are short, Ruspini provides many references and social media links, which encourage the reader to extend their exploration of the topic.

In this book, Ruspini aims to “inform and broaden the debate of what constitutes family diversity and change among students, researchers, family scholars, practitioners and policymakers” (p.14). The book divides into two sections, each comprising of three chapters. Section one is entitled ‘Gender Change and Challenges to Intimacy and Sexual Relations’. It begins with a chapter exploring the complex concept of asexuality, before examining ‘childfree’ adults, and concludes with a chapter addressing couples who ‘live apart together’. The second section, ‘Gender Change and Challenges to Forms of Parenthood’, opens with a look at stay at home husbands and fathers. It then explores the lone parenting for mothers and for fathers, before concluding with an examination of homosexual and trans parents.

In her endeavour to understand family diversity, Ruspini’s book illuminates issues which disrupt familiar social constructions. In chapter one, ‘Asexual Women and Men: Living without Sex’ Ruspini explores asexuality and immediately recognises the difficulty in trying to define this concept for use by researchers and social scientists. At one time constructed as a psychological or biomedical disorder (p. 38), it is unsurprising that negative connotations continue to underpin definitions of asexuality (p. 31). However, Ruspini (p. 32) explains how scholars Todd Melby, and Mark Carrigan explore asexuality as a fourth category of sexual orientation, distinct from heterosexuality, homosexuality and bisexuality. Although she asserts that sexual orientation does not preclude identifying oneself as asexual, Ruspini (p. 32) draws on Kristin Scherrer’s inclusive definition of asexuality and the valuable research contribution made by those who experience asexuality.

Clearly, there is much to be understood about asexuality, couples and children. Ruspini addresses this topic by promoting the importance of the concept of ‘social parenthood’ (p. 37); although in my view the chapter fails to address this in detail. However, in the spirit of Ruspini, I searched online and discovered the Asexual Explorations Blog, which offers some critical thought on the concept of asexuality and parenthood.  In her exploration of the role of social media in articulating the asexual movement, Ruspini introduces AVEN – an online community founded by David Jay – and concludes with the promotion of Asexual Awareness Week.

Section two of the book concludes with a chapter entitled ‘Homosexual and Trans Parents’, examining research into the phenomena of homosexual and transgender parenting (p.117). Ruspini asserts that such research has to navigate the complexity of negotiating intimacy, gender transition and sexual orientation within parental relationships. These issues are further complicated by the historical pathologising of homosexuality by the American Psychiatric Association via the Diagnostic and Statistical Manual of Mental Disorders (DSM). Ruspini reports the changes in DSM definitions and labels for transsexuality over time; however, she does not address the intrinsically powerful agenic and structural tensions. There remains an important debate as Gender Dysphoria remains listed in the current DSM-V.

Ruspini details how the routes to homosexual parenthood involve complex choices, citing Abbie Goldberg and Katherine Allen who recently edited LGBT-Parent Families. Despite census records reflecting the increasing presence of homosexual parents (p.120) they are continually subject to discrimination and negative stereotypes. It is in these circumstances that research can contribute to knowledge and understanding. Ruspini highlights studies undertaken by researchers over the past 30 years (Golombok, Spencer & Rutter, 1983; Patterson, 2006) which demonstrate that a parent’s sexuality does not affect children’s emotional and social development. In contrast, there is a paucity of research regarding transgender parenting, leading Ruspini to reflect on the personal and social challenges to be overcome (p.123). It is vital that homosexual and trans parents have support to end discrimination and secure equal rights. Thus Ruspini provides details of networks and websites which aim to educate and support, including Parents, Families and Friends of Lesbian and Gays and Association des Parents Gays et Lesbians.

This is an interesting and innovative book; it serves to disrupt not only traditional constructions of family but also the links between research, academia and social media. Ruspini provides many useful links to websites and online organisations, providing opportunities to read papers, access websites and even to connect with cited researchers such as Mark Carrigan via his blog and twitter feed. Thus, although the book does not explore all topics in depth, its value extends beyond the confines of the printed page by encouraging an interrogative reader. This book has something to offer a wide range of students, researchers and academics and family policy makers. Indeed, I look forward to re-exploring its usefulness within my roles as a lecturer and researcher in social work and psychology.

Donna Peach is a Lecturer in Social Work at the University of Salford and PhD student in psychology at the University of Huddersfield where she is researching adoptive relationships. She has a broad interest in social psychology and promotes a narrative which encourages less extreme perceptions of relativist positions. She tweets at @donna_peach. Read more reviews by Donna 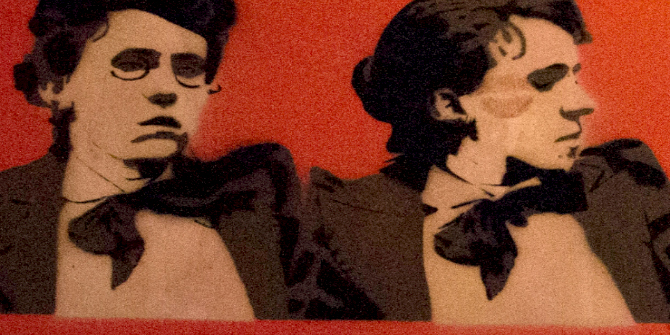 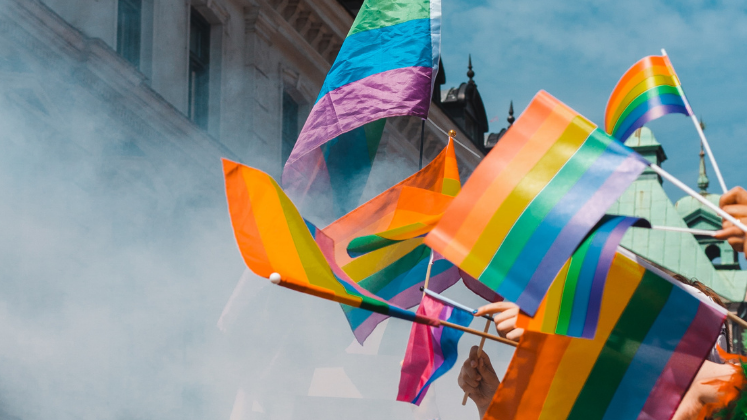