Nelson Mandela’s release from prison in February 1990 was one of the most memorable moments of recent decades. It came a few days after the removal of the ban on the African National Congress; founded a century ago and outlawed in 1960, it had transferred its headquarters abroad and opened what it termed an External Mission. For the thirty years following its banning, the ANC had fought relentlessly against the apartheid state. Finally voted into office in 1994, the ANC today regards its armed struggle as the central plank of its legitimacy. Emma Lundin is impressed by External Mission‘s study of the ANC’s period in exile.

Recent uncertainty and speculation about Nelson Mandela’s health has inevitably led to discussions about the great man’s legacy. These have, in turn, revealed how much of the history of the African National Congress (ANC) – the party that Mandela led into power in 1994 – remains to be uncovered, and Stephen Ellis‘ new book, External Mission: The ANC in Exile 1960-1990, could not have come at a better time. Published in late 2012, a year that marked the centenary anniversary of the ANC, it is a riveting, thorough and thought-provoking account of one of the murkiest and most significant chapters in the party’s history: the decades that the ANC spent underground and in exile following its banning by the South African authorities.

As Desmond Tutu Professor of Social Sciences at Amsterdam’s Free University, Ellis has delved into the subject in his earlier work, but this account is the largest volume produced on the topic. His main objective, it seems, has been to answer a couple of major questions previously unresolved by ANC historiography: why did the ANC rely so heavily on communist allies – both the South African Communist Party and foreign Communist regimes – in its struggle, and how did that allegiance shape the ANC itself? This Ellis explores in eight chronological chapters that show just how ill-prepared the ANC was when forced underground by the apartheid regime in 1960, and how vital SACP funds, training and foreign connections were to keep the movement going throughout the 30 years of its banning.

But Ellis goes further than that: he argues that SACP was a secret organisation at the core of the ANC. In chapter three, suitably entitled “The Party Triumphant”, Ellis shows how this stronghold was determined at the ANC conference at Morogoro in 1969, where it was decided that white and minority supporters could become full ANC members. Although barred from the ANC’s National Executive Council, they could also be – and were – selected for the Revolutionary Council, which controlled the ANC’s military wing, Umkhonto we Sizwe (MK), and which was “the real centre of power in the ANC, despite the fact that it was formally junior” to the NEC (p.99). SACP’s influence, Ellis argues, was visible in the strategic guidelines drawn up at the conference that argued that the urban working class was the leading force in the struggle, and in the appointment of several senior SACP members to high ANC offices, including that of Secretary-General and Treasurer. Meanwhile, the ANC’s traditional collective leadership “was subtly altered into a system resembling the Leninist technique of democratic centralism. After a decision had been taken at the top level, every other organ and individual within the ANC was expected to accept it without dissent” (p79). All of this was done undercover: rank-and-file ANC members did not know how closely the SACP and ANC leaderships overlapped, and SACP’s own aim was that it “should lead, but not be seen to lead” (p.105).

After Morogoro, the ANC became a secret organisation with an even more secret core, and a clandestine operation with little internal democracy. Life in exile was hard: Ellis dedicates plenty of space to illustrate how ANC and MK camps across Africa were under a constant threat from apartheid agents, assassins and activists-turned-informers. Chapter five, “The Grinding Stone”, offers great insight into security issues, threats of mutiny and reprisals that plagued life in exile, particularly in the aftermath of the brutally repressed Soweto uprisings of 1976, which saw ANC camps flooded by a younger generation of activists who had not had much prior contact with the movement and knew little of its history. It all made for a claustrophobic, paranoid environment in which human rights abuses were rife.

There is a counterpoint to the communist influence that Ellis does not explore at great length in this book: it was ultimately the ANC’s commitment to a democratic South Africa that saw it emerge as the international community’s successor of choice during the last decade of apartheid; an extraordinary feat considering the evidence Ellis has uncovered. The armed struggle, Ellis argues, was something the ANC had to commit to while in exile in order to mobilise support back home. But too much violence would threaten to turn the ANC’s non-communist allies in the often liberal international anti-apartheid movement against it. It was a difficult trick to pull off, a tightrope that seemingly could only be walked by Nelson Mandela, whose “extraordinary character” (p.206) allowed the ANC to portray itself as both a revolutionary and a peaceful democratic successor to the apartheid regime.

Another omission is Sweden, whose ANC donations more than matched those of the USSR during this period but which is mentioned only five times over the 312 pages. A third is women, whose specific roles and experiences in exile are mentioned but could be further examined. The omissions are understandable – Ellis’ already sizeable book would have had to become a tome if they were to be included – and by focusing on the previously murky relationship with the Eastern Bloc, he pours light over well-kept secrets and furthers our understanding not just of South Africa’s history, but also its present, and perhaps even future. After all the ANC, Ellis writes, saw no need for retrospection after liberation in 1994. A book like External Mission: The ANC in Exile 1960-1990, which questions much-peddled myths, perfectly illustrates why both retro- and introspection is necessary.

Emma Lundin is a PhD candidate in the history department at Birkbeck, University of London. Her doctoral thesis, which is funded by the AHRC, investigates links between women in the Swedish Social Democratic Party and women in the ANC from the early 1960s until 1994. Her research interests range from the historical impact of transnational relationships to ideas about southern Africa and Scandinavia, gender and equality, and the histories of international socialism, cooperation and activism. Emma tweets at @emmaelinor. Read more reviews by Emma. 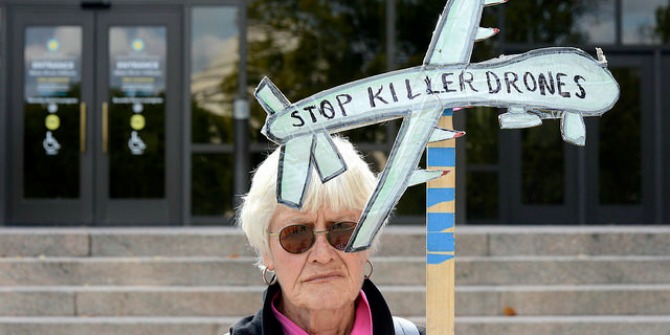