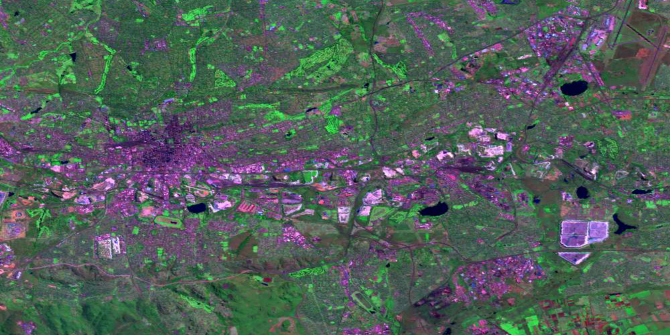 6 June 2016 is the five year anniversary of the launch of the Africa at LSE blog. To celebrate the occasion, LSE Review of Books recommends ten illuminating reads on African politics, society and economics. You may also like to check out ten recommended Africa at LSE blog posts to revisit, covering diverse topics such as Africa’s urban transition, the question of penalty shoot-outs in football and Mahatma Gandhi’s political awakening in South Africa.

The names of Nelson Mandela, Martin Luther King and Barack Obama are known to everyone for their status as winners of the Nobel Peace Prize, but how many people could identify the likes of Albert Luthuli or Wangari Maathi? This collection of essays focuses on the most significant contributions to peace across the continent. This clear, concise and useful bibliographical work will be of special interest to those engaged within international affairs, history or peace studies, although its accessible style also makes it a worthwhile read for the general reader.

World War I in Africa: The Forgotten Conflict Among the European Powers. Anne Samson. IB Tauris. 2012.

This book looks afresh at the strategies of the German and Allied campaigns, and at the great rivalry between General Jan Christian Smuts, who took on the German forces in East Africa, and General Lettow-Vorbeck, celebrated as the only German general to occupy British territory and whose troops finished the war undefeated. Although this book is presented as a multinational study of the war in Africa, its key strength lies in the author’s intimate knowledge of internal politics in South Africa.

By 2030 African cities will have grown by more than 350 million people and the continent will have surpassed the 50% urban mark. This book aims to provide comprehensive insight into the key issues – demographic, cultural, political, technical, environmental and economic – surrounding African urbanisation. It provides policy makers with much-needed information as well as various avenues through which to improve cities for future generations.

The urban youths frequenting the internet cafes of Ghana use the internet largely as a way to orchestrate encounters across distance and to amass foreign ties, activities once limited to the wealthy, university-educated classes. As the internet has become a means of enacting a more cosmopolitan self, this is a richly observed account of how these internet enthusiasts have adopted, and adapted to their own priorities, a technological system that was not designed with them in mind.

The persecution of people in Africa on the basis of their sexual orientation has received considerable coverage in the media. However, much of the analysis thus far has been highly critical of African leadership and culture without considering local nuances, historical factors and external influences. This book, based on pioneering research on the history of sexualities and engagement with current LGBTI activism, aims to provide a sympathetic overview of the issues at play. Clearly written and richly annotated, it will prove to be a useful guide for academics, social workers and activists.

Nelson Mandela’s release from prison in February 1990 was one of the most memorable moments of recent decades. It came a few days after the removal of the ban on the African National Congress; founded a century ago and outlawed in 1960, it had transferred its headquarters abroad and opened what it termed an External Mission. For the thirty years following its banning, the ANC had fought relentlessly against the apartheid state. Finally voted into office in 1994, the ANC today regards its armed struggle as the central plank of its legitimacy. This is an impressive study of the ANC’s period in exile.

The enriching volume presents a stimulating overview of the varied positions that members of diasporas hold – such as peacebuilders, investors and civic members – as well as extant gaps related to the study of diasporas, including theoretical frameworks and host country institutional incorporation and engagement.

Based on empirical case studies from across sub-Saharan Africa, the contributions in this volume look to provide fresh insights into the unexpected changes, complex agency and persistent dynamism entailed in displacement processes. This book not only interrogates the many meanings of displacement but also emphasises the under-researched agency and creativity inherent to displacement economies throughout Africa.

This edited collection approaches water as an essential public necessity. The book examines global, national and local initiatives of water governance, focusing particularly on issues of gender, technology and climate change through studies of Sub-Saharan Africa. This volume is a well-structured introduction to the topic of water and development that shows the necessity of harnessing global initiatives through deep understanding of local contexts.

Corrupt, mismanaged and seemingly hopeless: that is how some of the international community viewed Nigeria in the early 2000s. Then Nigeria implemented a sweeping set of economic and political changes in an attempt to ‘reform the unreformable’. This book aims to tell the story of how a dedicated and politically committed team of reformers set out to fix a series of broken institutions, and in the process repositioned Nigeria’s economy in ways that helped create a more diversified springboard for steadier long-term growth. This book is recommended to readers interested in the future of energy and the region.