The names of Nelson Mandela, Martin Luther King, and Barack Obama are known to everyone for their status as winners of the Nobel Peace Prize, but how many people could identify the likes of Albert Luthuli or Wangari Maathi, among others? Gary Wilson reviews Africa’s Peacemakers, a collection of essays focusing on the most significant contributions to peace across the continent. This clear, concise, and useful bibliographical work will be of special interest to those engaged within international affairs, history or peace studies, although its accessible style also makes it a worthwhile read for the general reader with a passing interest in such matters.

This book is essentially a “collection of biographical essays provid[ing] profound insight into the thirteen prominent individuals of African descent who have won the Nobel Peace Prize since 1950.” While most of the contributions predominantly focus on an individual recipient of the prize, the earliest chapters attempt to make comparisons and connections between Nobel prize-winners and others who made significant contributions to furthering the agenda of peace. Given Africa’s place at the heart of much post-War conflict and accompanying efforts to promote peace, the major developments of note there – not least among these being the death of apartheid in South Africa – and the number of prominent international figures to have originated from the continent in the last few decades, the book’s focus makes it a worthwhile addition to any library.

A major strength of the book lies in the fact that it covers lesser known winners of the Nobel Peace Prize as well as the universally recognised recipients. The names of Nelson Mandela, Martin Luther King, and Barack Obama are known to everyone, but how many people could identify the likes of Albert Luthuli or Wangari Maathi, among others? The book brings to the fore the stories of such remarkable individuals. An impressive array of prominent contributors has been assembled to write the essays which comprise the book, all of whom are well equipped to comment upon their subjects, sometimes from close personal experience. For example, former UN Secretary-General Boutros Boutros-Ghali is able to offer a personal account of his fellow Egyptian Anwar Sadat’s efforts which secured him the Nobel Peace Prize jointly with Israeli Prime Minister Menachem Begin. Similarly, former UN Under-Secretary-General for Political Affairs James Jonah details Ralph Bunche’s peace-making efforts at the UN, a man he regards as his one-time mentor within the organisation.

The book is split into six parts. In part one, the first chapter introduces the various individuals covered within the book, before the second places Barack Obama’s receipt of the Nobel Peace Prize into a wider historical and political context. The subsequent five parts of the book concern themselves respectively with African-American, South African, Egyptian, Kenyan and Ghanaian, and Liberian recipients of the prize.

The story of Martin Luther King is well known, as is that of Barack Obama, but another African-American, Ralph Bunche, won the prize earlier. In chapter four, James Jonah provides an insightful account of this career UN diplomat, who served within from the time of its creation until his death. A relative unknown to the wider world, Bunche was integral to various early peace initiatives at the UN level and won his prize in 1950 for his peace-making efforts in the Middle East.

Four South Africans have won the Nobel Peace Prize, all for efforts related in some way to ending apartheid. The joint award to Nelson Mandela and FW De Klerk for their roles in the dismantling of the apartheid regime is well documented, and to a lesser extent Desmond Tutu is well known for his leading role in the struggle against the same regime. However, Albert Luthuli, winner of the award in 1961, is far less prominent a figure. Nonetheless, as Chris Saunders’ chapter illustrates, as an early leader of the ANC he gave much inspiration to later generations in the anti-apartheid struggle. Arguably we cannot understand Mandela or Tutu without being aware of the earlier contribution of figures like Luthuli.

The two Egyptians to have won the Nobel Peace Prize did so in remarkably different contexts. Anwar Sadat was acclaimed for his role in brokering a peace between Egypt and Israel, a feat in traditional diplomacy which holds to this day, while more recently Mohammed El Baradei’s efforts to promote nuclear disarmament as head of the IAEA were rewarded in 2005. Further demonstrating the broad understanding of ‘peace’ and efforts to promote it, Wangari Maathi’s receipt of the prize in 2004 was in recognition of her efforts to promote sustainable development through environmental action, as detailed by Janice Golding in chapter twelve.

Kofi Annan is only the second UN secretary-general to have won the Nobel Peace Prize, but as Gwendolyn Mikell shows in chapter thirteen, the ability to take a principled stance on issues of international concern in that post is fraught with difficulty due to the political realities against which the post-holder must operate. Arguably, Annan will be judged by history to have fared better than most in this respect.

The final two studies, Ellen Johnson Sirleaf and Leymah Gbowee, are in many respects polar opposites. As President of Liberia, Johnson Sirleaf was a controversial figure whose receipt of the prize in 2011 was called into question by many unconvinced of her commitment to peace. Gbowee, who shared the prize in that year, was recognised for her campaign for gender equality although arguably overshadowed by her co-recipient.

The perspectives offered upon the various recipients of the Nobel Peace Prize are broadly objective. While it is often easy to overlook the flaws and shortcomings of revered international figures, the contributions within the book do not attempt to portray the individuals concerned as saints, but rather touch upon where appropriate some of the controversies associated with them, such as FW De Klerk’s defence of aspects of apartheid in South Africa and the controversial career of Ellen Johnson Sirleaf.

It is questionable whether the inclusion of African-American recipients of the prize is appropriate, given that the primary focus of the work are individuals who actually come from the continent of Africa. However, the historical stature of Martin Luther King and the relationship between the US civil rights movement and the anti-apartheid movement in South Africa, and the recent controversy over the award to Barack Obama, the first US President of African descent, perhaps make their inclusion relevant.

This clear, concise, and useful bibliographical work will be of special interest to those engaged within international affairs, history or peace studies, although its accessible style also makes it a worthwhile read for the general reader with a passing interest in such matters.

Dr Gary Wilson, Phd LLB (Hons.), FHEA is Senior Lecturer in Law at Liverpool John Moores University. He specialises in collective security, use of force, and issues of secession and self-determination. Read more reviews by Gary. 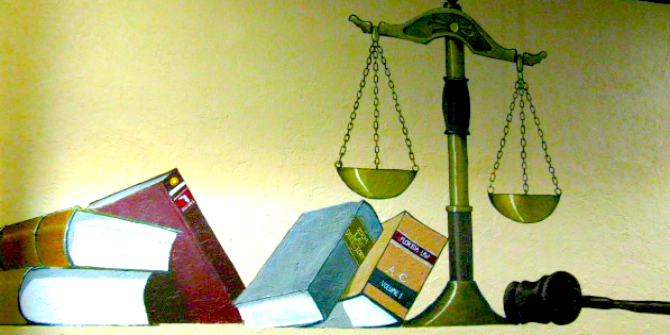 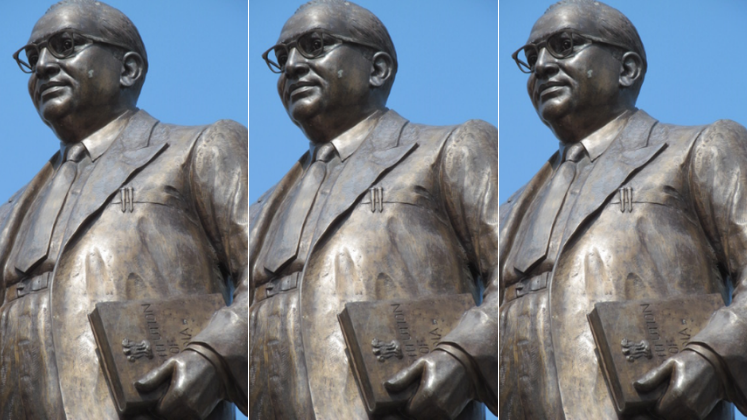