Established in 2002, the Euro is now the currency of 17 countries used by over 335 million people daily. Although the single currency is much discussed in terms of global finances, policymakers rarely address its impact on European citizenship in social, cultural, political, and everyday life economics terms. This contribution aims to provide a greater understanding of the Euro at a time when it is not clear whether it should be celebrated or commemorated, and looks into aspects of the single currency that are the base of the social trust that supports it and that is at stake in the present crisis. Adam Larragy is impressed with this collection. 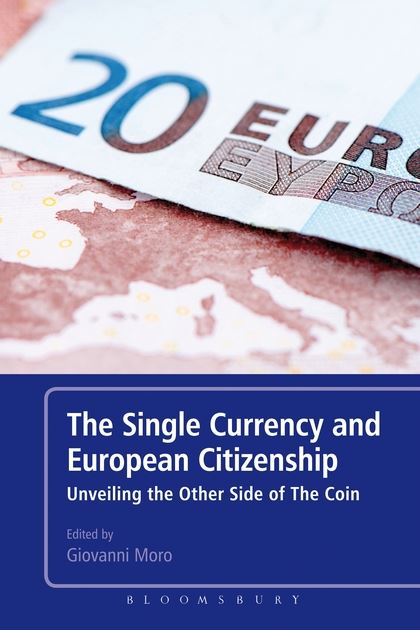 The Single Currency and European Citizenship: Unveiling the Other Side of the Coin. Giovanni Moro. Bloomsbury Academic. May 2013.

In his recent magisterial survey of the European Union, Perry Anderson compared the complex constitutional structure of the European Union to the Holy Roman Empire: a popularly elected Parliament that cannot initiate legislation, a Commission that proposes legislation and polices the complex body of law – the acquis – that governs the Union, and quasi-executive intergovernmental Council that acts, or at least the chief states within it act, as the true arbiter of the Union’s destiny. Given the distribution of power within the Union, it is perhaps inevitable that the dominant register in which academic study of the European Union is conducted is that of high politics. European integration has been – to the lamentation of prominent European intellectuals such as Jurgen Habermas – conducted and initiated by national political elites and Commission officials rather than citizens or popular movements.

The negotiation of the Maastricht Treaty simultaneously created the juridical concept of the ‘European citizen’ and the institutional framework and ground rules for Economic and Monetary Union (EMU) and eventual introduction of the Euro. The Treaty, at least in its negotiation and formulation, was another outcome of elite-led integration. Even so, it is surprising then that there has been relatively little scholarly attention paid to the impact of the introduction of the single currency on European citizenship. Giovanni Moro, the editor of this collection, writes in his introduction that social scientific interest has been almost entirely focused on the impact of the Euro on the European macro-economy and global finance.

This collection forms part of a project, ‘The Other Side of the Coin’, intended to examine the neglected relationship between European citizenship and the single currency with particular reference to four analytically distinct but connected dimensions – cultural, social, political and everyday life – identified out by Moro. The essayists themselves are drawn from a wide variety of social scientific disciplines, including economics, international political economy, political science, sociology and anthropology. Unsurprisingly for a book completed in June 2012, the unresolved Euro crisis looms over every essay.

The first section of essays examines links between the single currency and European citizenship. The political economist Kathleen McNamara’s essay draws on historians such as Eugene Weber, to point to the role of nation-states in creating national traditions and national political communities through linguistic and education policies, and also the creation of national monetary sovereignty. To McNamara, European policymakers have shrewdly elided the symbolic usurpation of the nation-state’s monetary role – one example being the maintenance of national symbols on one side of the euro coin – while ‘refram[ing] the reference points of citizenship of the EU by creating an imagined community supported by particular symbols and practices’. She concludes by warning that this loose ‘imagined community’ is not enough to resolve the Euro crisis, pointing to the need for ‘more democratically meaningful’ governance.

Thierry Vissol, a special advisor to the European Commission, presents a position that closely approximates the Commission’s own semi-official line; he proposes the pooling of European debt into ‘Eurobonds’, combined with a European fiscal policy framework. Vissol also points to the relative slowing of the pace of political integration since 1992, which he views as a necessary corollary to monetary integration. According to this view, limited political and fiscal integration prevents the Euro from being, in Vissol’s phrase, a ‘citizen’s currency’. To an extent this reflects a certain pro-European social-democratic or social-liberal perspective most ably articulated by Habermas and Ulrich Beck, which advocates a fiscal federation with a strengthening of the popularly elected European Parliament.

Eva Heidbredar’s essay in the second section, which covers the relationship between European identity and the Euro, directly addresses the ‘democratic deficit’ in the EU. Fritz Scharpf’s concepts of output legitimacy – the policy outcomes of decisions of the institutions European Union – and input legitimacy, which refers to citizens’ inputs on policy formation, are used to explain why the Euro has remained somewhat detached from EU citizenship. Heidbredar believes that national-level elites did not convey the rationale behind the creation of the Euro sufficiently, nor engage in a necessary democratic debate during its introduction. Finally, Heidbredar notes that the Euro failed to boost EU democracy, creating a fracture in the nascent relationship citizens could make between European citizenship and their use of the Euro.

The most compelling essay in the collection is by Vivien Schmidt, a prominent scholar of the European political economy. It surveys the initial arguments for and against the Euro from the perspective of European identity and citizenship: on the pro side the single currency would promote European solidarity, and allow European welfare states to weather the storms of globalisation through a more united ‘social Europe’; those opposed viewed the peculiar structures of EMU – with a depoliticised, technocratic European Central Bank (ECB) at its centre – as reducing citizens’ influence on decisions about the economy, and feared the single currency would weaken national welfare states without commensurate increases in the EU’s capacity in this area.

Schmidt notes that the legitimacy of the EU to citizens has rested on perceptions of the efficacy of its ‘throughput’, the processes which govern the relationship between policy input at national level and policy output at a European level. This has led to national ‘politics without policy’, and European ‘policy without politics’. Schmidt concludes by acknowledging the dominance of German ideas in the European crisis: rapid deficit reduction and neoliberal transformations of national welfare states, whether under Troika tutelage or not.

The essays highlighted here have all expressed concern that, to quote Cris Shore’s title in this collection, Europe is ‘divided by a common currency’. Given the structure of the European institutions, and the distribution of power amongst the member-states, some citizens have more influence on the Euro than others. The essays in this volume were submitted before the Cypriot imbroglio, which necessitated the imposition of capital controls by the Cypriot government, which effectively delineated Euros held in Cypriot deposit accounts from those in the rest of the Eurozone. They were also clearly prepared before the unprecedented removal of the heads of government of Greece and Italy under the threat of economic coercion, or the statement by the President of the ECB that the European social model was ‘already gone’.

A later publication – which could have taken account of the rapid changes in the Eurozone – may have prevented some of the more unfortunate statements in some of the essays. For example, one essay refers to the ‘higher democratic legitimacy’ of the ECB over national predecessors during the period of the European Monetary System, in which national central banks shadowed the Bundesbank. However, national central banks with their own currencies could choose to leave the EMS – sometimes under pressure as in the case of the Bank of England in 1992 – and central bank governors were, in most central banking models in the 1980s, accountable directly to ministries of finance. The recent debates in Ireland about the role of the ECB in the lead-up to the country entering the Troika programme reflect a distrust of the ECB even at national policy elite levels in peripheral member-states.

Some essays in the volume were bound to date quickly given the pace of the Euro crisis, but they are still worth a read, particularly for the historical aspects. The project of exploring the relationship between the Euro and European citizenship is an important one, and hopefully will expand in the future. It is unnerving to think that the most basic of requisites which most European citizens would accept enable active citizenship, such as access to third-level education and the provision of public service broadcasting, are under threat in Greece as the temporary closure of the University of Athens and the ERT attest. If the Euro crisis is resolved along the lines currently pursued by the European institutions and leading member-states, future studies may have to come to terms to with the reconceptualization of the European citizen herself, and her attendant rights and duties. 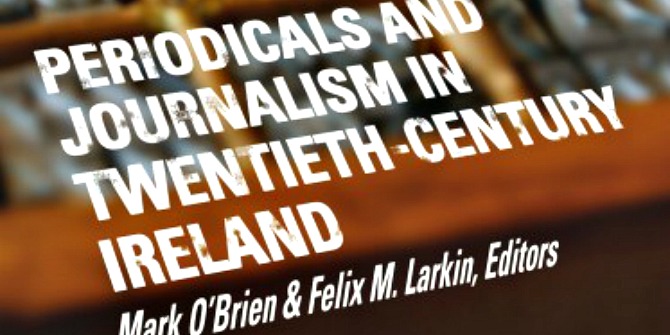