The third edition of Jill Steans’s popular textbook seeks to offer a comprehensive and up to date introduction to gender in international relations today. Across nine fully revised and expanded chapters, Steans covers the key issues, developments and debates in the field IR, including the state and citizenship, and gender, sexuality and human rights conflict. This text is well researched and provides many vantage points for analysing the intersections between gender and international relations, concludes Natalie Novick. Judging this book on its title alone, you would be forgiven for assuming Jill Steans’s Gender & International Relations is just another introductory international relations text with a focus on gender. But behind its succinct title, the third edition of this text is not your typical introductory IR handbook. Furthermore, it is not trying to be. This book aims to rethink boundaries and identities within the social science literature and build bridges towards understanding gender alongside these concepts, by looking at the intersectionality of gender with global issues. By bringing in non-traditional approaches, such as feminist international relations, critical theory, narrative inquiry, post-colonialism, masculinities and Queer Theory, Steans shows how the relationship of gender and international relations is much more complex and enmeshed than traditional IR approaches – based on positivist knowledge generation and nation-state relations – have previously accepted. As Steans finds, “feminist critiques of state-centrism in IR have revealed how conceptual mapping processes serve to remove gender issues and gender relations from the field of inquiry and, thereby, render gender invisible.”

Firstly, it is important to understand that Steans interprets International Relations quite broadly throughout the text. Her understanding is much more encompassing than mainstream understandings, in which the nation-state is often the primary focus of analysis. In her text, International Relations encapsulates a number of “concerns” among discrete areas of study including “History, Sociology, Geography, Anthropology, Cultural Studies and even, Linguistics and Aesthetics”. For Steans however, “IR is defined as the branch of the social sciences that was particularly concerned with practices of inclusion and exclusion in relation to the construction of boundaries between the international and domestic”. This interpretation allows Steans the opportunity to examine the intersection of international relations and gender beyond the traditional focus. Of the critiques that may be lobbed at this text, some will certainly stem from this interpretation of international relations and its orbit. Especially for “mainstream” political scientists who subscribe to the nation-state locus of traditional IR scholarship, this text may be seen as difficult to fit into more traditional theoretical courses of teaching. However, should the reader allow themselves the chance to follow Steans’s interpretation, there is much to learn and enjoy in this text.

Steans’s encompassing approach is able to reintroduce theoretical concepts to even jaded practitioners in a new way, and provides an excellent example of how gender and international relations may be framed to a wider audience. Across 9 chapters, Steans engages with a well-rounded selection of topics across International Relations; from states, nations and citizenship to conflict and security and global governance.

This approach is typically evident in Chapter 4, “Gender, Sexuality and Human Rights”, in which Steans illustrates linkages between international organizations such as the UN and the agenda for increased women’s rights and equality. She clearly discusses many of the key international conventions on women’s rights and their outcomes, and introduces the emerging discourse on LGBT rights and its changing role on international relations. For example, Steans shows how the outcomes and achievements of the Commission on the Status of Women and the Convention on the Elimination of Discrimination Against Women were more than the product of nation-state bargaining. Additionally, the slow overtures made by the UN on behalf of LGBT rights, as seen in several resolutions and proposals condemning discrimination based on sexual orientation is a result of an international pressure and consciousness that cannot easily be accounted for following the traditional IR approaches of realism or liberalism. Steans shows how contemporary examples, such as the persecution and murder of Ugandan gay rights activist David Kato had greater reverberations outside the nation-state and into the international dialogue. Importantly, she shows that these efforts are ongoing, and that their continued success relies on a wide variety of actors within the political system. By grounding these discussions theoretically and philosophically, Steans shows the global course of development on these issues, and how they are pertinent within this extended scope of international relations.

Steans continues her multifaceted introduction into the larger concepts of gender and international relations in Chapter 8, “Global Political Economy”. By bringing in feminist critiques of global political economy, as well as engaging in micro and macro investigations on the role of unpaid labour and gendered inequalities in globalization, work and development, Steans shows how the global economy can be dissected in terms of inequalities and masculinities. These approaches allow her to introduce a variety of topics, including the role of sex work and the gendered impacts of the financial crisis. For example, the global impact of the financial crisis has had disproportionate outcomes especially on women who earn less than men, are more engaged in unpaid labour, and are more likely to be single parents. Steans shows that the gender-specific impacts of the crisis are acute, including the impact on women in welfare roll-backs, cuts in public sector jobs, and across-the-board cuts to wages and social services. The effects are dually seen in perpetuation of inequalities among women workers in the global economy, and how development can have concrete effects on the raced, classed, national and sexual bodies of women. The many focuses allow large topics such as global political economy to become much more accessible.

Supplementary features including breakout boxes, web links, seminar questions, discussion group activities, and lists of further reading all keep the text interesting and accessible for the reader. However, some of the pedagogical features are better executed than others. The seminar group activities and the questions for reflection are thought provoking and would provide an excellent basis for class discussion. The bullet point lists within each chapter are clear, concise, and help make concepts easy to find, but also tend to break up the text and limit the depth of discussion on each of these important arguments. Furthermore, the break-out boxes introducing related topics, often appear without context, sometimes seem to be in the wrong place, and are at times distracting. Additionally, with 10 chapters across only 238 pages, Steans has to move quickly across her topics, especially given the length of time used to introduce each chapter’s main concepts. This is very much an introduction, but at times I found myself wanting more depth and specificity to put broad arguments into context. However, the author does helpfully provide a substantive additional reading list.

Steans’s text is well researched and provides many vantage points for analysing the intersections between gender and international relations. The presentation of the book encourages political scientists with more mainstream leanings to think about these concepts in a non-traditional way. These arguments can be used to help supplement teaching in a variety of ways, and most importantly provide accessible arguments for the important incorporation of gender within teaching on international relations. 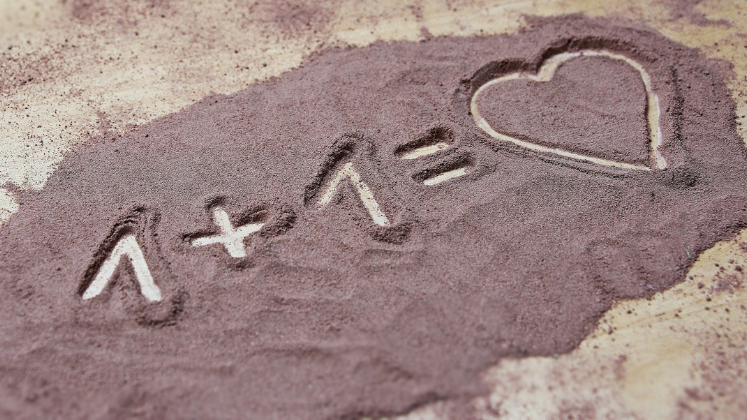