In Boys’ Love, Cosplay and Androgynous Idols: Queer Fan Cultures in Mainland China, Hong Kong and Taiwan, editors Maud Lavin, Ling Yang and Jing Jamie Zhao present a series of case studies that explore different forms of queer fandom in these three Chinese-speaking regions. This content-rich and enjoyable book is a timely contribution that offers unique insight into queer discourses and cultures in a non-Western context and a significant alternative to the Anglo-American model of fandom studies, writes Qiqi Shen. 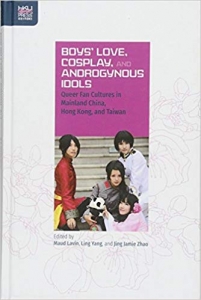 In Boys’ Love, Cosplay and Androgynous Idols: Queer Fan Cultures in Mainland China, Hong Kong and Taiwan, editors Maud Lavin, Ling Yang and Jing Jamie Zhao present a series of case studies illustrating the dynamics of queer discourse in Chinese-speaking regions to provide a unique insight into non-Western queer cultures and a significant alternative to the Anglo-American model of fandom studies. The book focuses on the interactions between queer fan groups and different types of queer objects in three sinophone regions – mainland China, Hong Kong and Taiwan – in which a shared heteronormative discourse and distinct political environments can be identified.

While the book’s title highlights queer fandom as the central perspective of the analysis, some chapters concentrate more on the formation of queer objects, such as Chapter Two’s focus on cross-gender cosplayers and Chapter Six’s illustration of an androgynous film character. These objects are first divided into the three categories – boys’ love (BL), cosplay and androgynous idols – introduced in the title. BL (or danmei) refers to the male-male romance literature and media phenomenon; cosplay refers to public, potentially cross-gender, dress-up as fictional characters; and androgynous idol refers to celebrities whose style or presentation cast doubt on essentialist binary understandings of gender. Geographical origin acts as a second means of categorising the queer objects when illustrating the transnational features of fandom culture. The level of explicitness is the third mode of categorisation, as some of the queer objects only contain queer connotations or have their queerness undermined by external factors. For example, Chapter Six analyses an androgynous film character Dongfang Bubai, who originates from a Chinese martial arts novel. The character is often played by a female actor to undermine the queerness when there are sexually suggestive scenes with male characters.

The book provides little comparative content on the queer fandoms in different Chinese-speaking areas despite its title. Neither do the case studies analyse the influence of certain queer objects on different regions. Nevertheless, it can be summarised from Chapters Eight and Nine that the different political dispositions in Hong Kong and Taiwan, in contrast with mainland China, are influential in dealing with transnational queer objects. In Chapter Nine, for example, the popularity of Japanese BL culture in Taiwan is primarily attributed to the widespread social recognition of Japanese elements due to its history and postcolonial effects.

The interactions between queer fandom and queer objects is illustrated through two aspects. On the one hand, queer fandom is shaped and diversified by the multiple categories of queer objects. Chapter One, focused on the different cultural origins of queer objects, shows that the fandom of BL in mainland China constitutes three prominent circles: the original circle that focuses on Chinese-language BL novels; the Japanese circle dedicated to the translation of Japanese BL works; and the Euro-American circle with a focus on the translation of slash fanfictions.

At the same time, the subjectivity of queer fandom that is derived from a unique sinophone context implicitly localises the transnational queer objects. In Chapter Four, the fandom of Katherine Moennig, an American actor primarily known for playing the butch lesbian character of ‘Shane’ in the US television show The L Word, is significantly discouraged when she chooses a conventionally feminine dressing style in public and her romantic partners are less feminine in outward appearance than expected. A heteronormative discourse within queer fandom is therefore suggested, which treats lesbianism as a cultural imitation of a heterosexual matrix, with a rigorous binary understanding of gender performativity. In this way, the editors describe Chinese-speaking queer fan cultures as ‘multiple, contradictory, and fragmented’ (xix).

The consequences of the popularity of queer discourse in Chinese-speaking regions are discussed at the end of each chapter in an overlapping yet arbitrary manner, without any in-depth analysis regarding the mechanism and degree of specific effects. One of the main arguments is from the perspective of queer fandom: that an online platform for those contesting heteronormative ideologies is constituted and gradually recognised by social majorities. Their group appearance in public, united under the label of queer fandom, together with the non-normative fantasies they produce in multiple forms, compels wider social discourse to acknowledge the normative existence of a non-heterosexual matrix.

Another main argument is from the perspective of queer objects, where the theory of performativity in Western queer studies is frequently consulted as the mechanism of their impact on the reconceptualisation of heteronormative ideologies. In Chapter Two, male cosplayers, as ‘fake girls’ (weiniang) (20), serve as a typical example of performativity theory. The author, Shih-chen Chao, observes that not only do these cosplayers cross-dress like their Anglo-American antecedents; they also perform modern femininity in appearance and behaviour, of which the aim is to become indistinguishable from the target of imitation. In other words, the performative nature of gender and sexuality is well illustrated in a way that is both challenging and acceptable to the social consensus, which in turn effectively casts doubt on the legitimacy of current heteronormative discourse.

Nevertheless, other arguments on the function of queer fandom seem to lack supporting evidence. For example, Chapters One, Three and Eight all make similar assertions that the significant amount of concern over political issues shared in queer fandom forums reflects hegemonic repression in both social and cultural domains in an authoritarian political context. However, it is a general tendency that the discussion of social and political topics in online forums has been increasing in Chinese-speaking regions, especially in mainland China (Yang 2009). Therefore, the specific influence of queer fandom culture may require further evidence to be shown as distinct from this wider trend.

Queer Fan Cultures is undoubtedly a success in providing detailed material regarding the development of queer cultures in Chinese-speaking regions for future research on the mechanisms of destabilising the sex-gender-sexuality matrix of heteronormativity. However, the book would benefit from better content organisation and closer engagement with a systematic theoretical framework. Most features of queer fandom and objects illustrated in the book do not exceed the scope of Western queer theories, such as interpretations of social discourse and performativity, and the political connotations exhibited in queer fandom groups may reflect the increasing general popularity of online political activism. Moreover, it would be useful to provide a more comparative analysis between different Chinese-speaking regions besides domestic political preferences, since one of the primary purposes of the book is to collate and compare transregional case studies.

In general, this content-rich and enjoyable book is a timely contribution to the literature that applies queer theory and fandom studies in non-Western contexts. It would be useful for researchers who are interested in the application and examination of queer theory, mechanisms of cultural reform and contemporary queer discourse in sinophone regions. 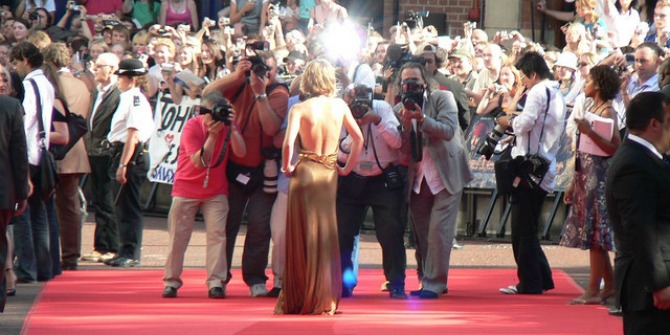