Hedge funds and their managers have been vilified in recent times for their high-risk activities and relative lack of regulatory oversight. However, while it is frequently suggested that hedge funds are unregulated, they are in fact regulated to some degree in every country around the world. In this book, the authors consider data from a multitude of countries to understand how and why hedge fund markets differ around the world. Nicholas Thomason finds that the more technically minded may wish to supplement the book with other sources but there is certainly enough here to educate any interested general reader. It is perhaps fair to say the layperson’s view of Hedge Funds is as protean as the performance returns these investment vehicles produce. From relative obscurity, this small band of investment managers have grown in number and asset size, slowly garnering wider public attention in turn. Despite their desire for secrecy, they have often been characterised as buccaneering risk seekers; richly rewarded for their market insights and promise of absolute returns. Post crisis they have been beset by multi-billion dollar fraud cases, tales of insider trading and market manipulation. To boot they have apparently brought systemic risk and greater market volatility. Average performance has been lousy too.

Yet one view has remained throughout; they have operated with minimal, often no government regulation. In their new book, Douglas Cummings (Professor of Finance at York University), Na Dai (Associate Professor of Finance at SUNY, Albany) and Sofia Johan (Adjunct Professor of Law and Finance at York University), show this not to be the case. In fact all hedge funds are to some degree regulated and the authors empirically analyse how across countries, these different institutional settings influence fund structure, governance and performance.

At the heart of the book is the familiar principal-agent problem. Investors are both imperfectly informed as to the quality of the hedge fund manager (adverse selection) and unable to observe the manager’s effort to deliver the best returns (moral hazard). The issue is clouded further since it is hard for investors to distinguish random environmental factors from the manager’s effort. As a result the manager’s incentives may not align with the interests of the investor, who must also bear an agency cost to imperfectly observe the manager.

Regulation stems from these agency costs and informational asymmetries, yet they are not uniform across jurisdictions. The regulation-light approach of the US contrasts sharply with the stringent environment of some European counties for example. Moreover the effect of regulation is ambiguous. Does lighter regulation allow mangers to structure their business in the most efficient manner to the benefit of the investor, or induce low quality managers interested in capturing fees? To the extent regulation is different across borders, how this impacts fund performance, their structure and their governance is explored throughout the book.

Government regulation is always prone to the law of unintended consequences, and hedge funds are no exception. Hedge fund forum shopping or regulatory arbitrage is one example tested here. If a jurisdiction imposes more onerous regulation, limiting choices of key service providers or distribution channels for example, the fund is free to register to a more hospitable location. This had been a topical issue with some larger funds relocating traders from London to the relatively tranquil (and tax friendly) Switzerland. Sceptics of greater regulation have pointed to this as an example of the inevitable “brain drain” from the UK, threatening with it the country’s position as a leading hedge fund hub. Proponents are often glad to see the back of those they see as gamblers.

As in each chapter, the authors frame the potential for forum shopping within the larger principal-agent problem. Hedge funds running riskier strategies may choose stricter regulatory regimes to send a signal to investors; the theory being stricter regulation can mitigate some of the agency conflicts. Greater investor confidence in turn may translate to greater capital raising by the fund. If however hedge funds do forum shop, so the logic runs, there may also be a “race to the bottom” as riskier firms decamp to lower regulatory havens. Alas the authors find no evidence of this, with funds running riskier strategies found to be largely invariant to fund regulation. Additionally the authors find weak evidence of some funds actually selecting jurisdictions with stricter regulations, congruent to investor’s interests.

Although the authors lay out a meaningful and topical research agenda, the book is a sometimes mixed result. On forum shopping, the lack of evidence thereof is in itself a notable result only when sufficient confidence can be established the model specification is correct. Fund managers may move jurisdictions for many reasons. The aforementioned hedge funders returned from Switzerland largely out of boredom more than anything. London will retain the best and brightest for a plethora of reasons, not least its attraction as a global city. This is not to say the author’s results are incorrect; as they themselves note, they offer only tentative evidence and the issue at hand is hard to pin down and to their credit they point to further empirical work being required.

On agency issues, the book often overstates the case. Over time these have been mitigated more through greater investor engagement than government regulation. Institutions, increasingly the dominant investors in hedge funds, are not only savvy enough to understand the intricacies of their investments but they can also bear higher costs to observe the manager. Informational asymmetries will attenuate as the investor base becomes more sophisticated and the contractual structure for investors has increasingly reflected this.

There are some unnecessary technical shortcomings too. In finance standard deviation alone has never been a good measure of risk and investors and practitioners know this. Hedge fund returns are well known to demonstrate non-normal distributions, rendering standard deviation inadequate at best and misleading at worst. At a minimum the authors should acknowledge this.

Regulation, though often a blunt instrument, is still clearly important and the differences across jurisdictions especially so. This in itself makes an empirical comparison across jurisdictions a worthwhile exercise. As such, and despite its flaws, the book provides a decent introduction to some of the issues around hedge fund investing. The strongest chapters, particularly on the relationship between capital raising and past performance and the issues around hedge funds misreporting their returns, are well handled and explained nicely, outlining key concepts and the results in a manner suitable for most students and practitioners. The more technically minded may wish to supplement the book with other sources but there is certainly enough here to educate any interested general reader. 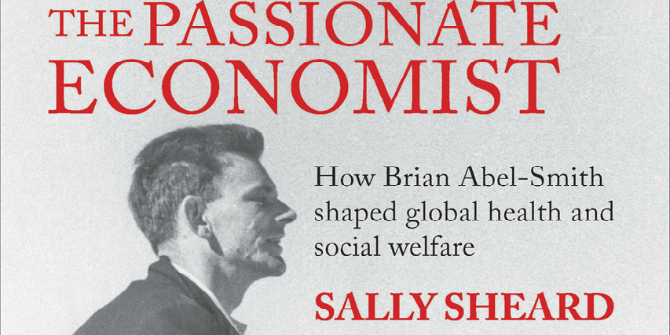