Displaying the distinctive combination of narration and philosophy for which he is well known, this new book by Peter Sloterdijk seeks to develop a radically new account of globalization at the beginning of the twenty–first century. Matt Hartman finds that amongst some frustrating passages, philosophy students will take away points of insightful analysis. Peter Sloterdijk is not likely to be a familiar name to Anglo-American readers, but anonymity is far from the case in his native Germany where the philosopher has become enough of a public figure to command his own TV show. And though it seems doubtful that Sloterdijk will be joining the networks in the Anglo-American world, his renown is growing with the recent translations of many of his works, including Bubbles, the first volume of his Spheres trilogy.

In the World Interior of Capital is the latest title in that trend, appearing this month in a new English translation from Wieland Hoban. And though Anglo-American readers may be handicapped by the inability to reference the oft-cited Spheres books (more on that below), the work serves as a clear map (to borrow one of Sloterdijk’s motifs) to the style of thinking Sloterdijk does―a style that will likely be essential to his reception.

Many readers may reach their conclusions about Sloterdijk after only the first chapter. Titled “Of Grand Narratives,” it serves as a preemptive defence of the project In the World Interior embarks on: “recapitulating the history of terrestrial globalization [in order to] provide outlines for a theory of the present.” For Sloterdijk, then, “philosophy is its place comprehended in thoughts.” And for this historical moment, that means philosophy concerns globalization.

The argument turns on taking that term―globalization―quite literally. Sloterdijk’s claim is that the era of globalization began with Columbus, when Europeans began to shape the world (in part by moulding actual globes) with a mode of thinking based on technology and capital. “The world interior of capital,” Sloterdijk claims, “is not an agora or a trade fair beneath the open sky, but rather a hothouse that has drawn inwards everything that was once on the outside.”

This interior, built on capitalist excesses, determines everything: “The primary fact of the Modern Age was not that the earth goes around the sun, but that money goes around the earth.” After the first circumnavigation of the earth, which turned the space occupied by human beings into a globe in which all points where equivalent, capitalism’s agents could divide up distant lands through a calculation of risk, reward, and profit: “a group of spice islands … is not simply a vague spot on a vague world map, but also a symbol of expected profits.”

So where does that leave us today? In the “post-historical” Modern Age symbolized by the Crystal Palace built in London in 1851. Sloterdijk’s claim is that after the process that transformed the world into the globe, “social life could only take place in an expanded interior, a domestically and artificially climatized inner space.” As cultural capitalism rules, all world-forming upheavals are contained: “No more historic events could take place under such conditions―at most, domestic accidents.”

In other words, the narrative of the Modern Age progresses under a logic of calm boredom. “It implies the project of placing the entire working life, wish life and expressive life of the people it affected within the immanence of spending power.”

Marring these occasional points of insightful analysis that arise throughout the book are more general problems with the project itself. (In other words, I found “Of Grand Narratives” unconvincing.) On the one hand are the stylistic problems with the work: Sloterdijk’s penchant for maintaining metaphorical language is as frustrating as it is impressive. (Just recall the titles mentioned before, Spheres and Bubbles, alongside the recurrence here of globes and circles and orbs and hothouses and rounded Crystal Palace ceilings.)

Relatedly, but more substantially, Sloterdijk’s “distinctive combination of narration and philosophy,” as the jacket copy has it, is only convincing so long as one doesn’t offer a counter-narrative―a task which isn’t always difficult. For example: Sloterdijk claims that we (post)moderns can understand the “psychodynamic” experience of the ship-hold the first globe explorers underwent through our own experience of “car cabins”―an experience comfortable to us because these vehicles “adapt[ed] elementary structures of sphere formation on a small scale,” demonstrating that the car is “the absolute house” that “amounts to squaring the circle of life.”

It’s hard not to think the claim ridiculous―don’t human bodies just need space to stand?  does that really disclose anything about life itself? But this case merely offers a clear example of the way Sloterdijk seems to force his narrative along with his metaphors, finding significance in irrelevant facts only because he’s looking for spheres and circles and bubbles and globes. This example does contain a footnote directing the reader to Spheres II, however, where presumably Sloterdijk justifies his reasons for reading so much into so little.

Of course, similar claims of obscurity and arbitrariness are often also levelled at Heidegger, the forefather to Sloterdijk’s work. And like Heidegger, Sloterdijk will likely either be a hero or a villain to his readers, and will likely become that in only a few pages. But unlike Heidegger, I find Sloterdijk’s work to waver too much between cultural history and philosophical critique to present either with the rigour they need to revitalize the kind of grand narrative he seeks. 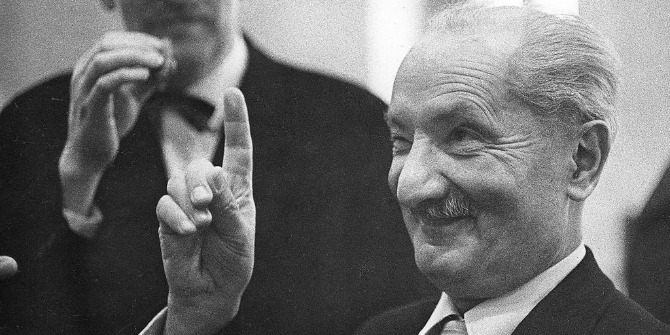 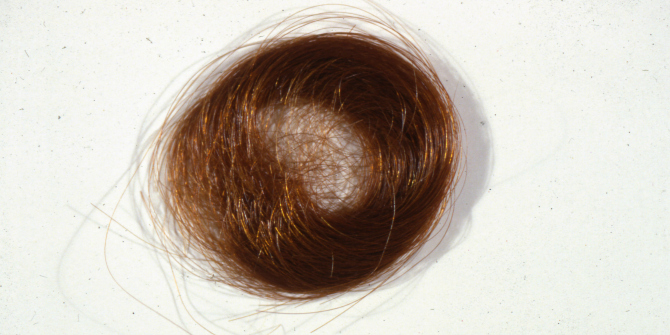