Before John F. Kennedy became a legendary young President, he was the junior Senator from Massachusetts. The Senate was where JFK’s presidential ambitions were born and first realized. In this forthcoming book, John T. Shaw looks at how the young Senator was able to catapult himself on the national stage. JFK in the Senate aims to provide an accessible introduction to Kennedy’s personality and his efforts to transform himself into a viable presidential candidate, and it will certainly appeal to those interested in US political history, writes Ana Polo Alonso.

November 22, 1963. The gleaming open Lincoln convertible carrying the President and Mrs. Kennedy advanced through downtown Dallas en route to the Merchandise Mart where the President was to participate at a luncheon. At 12:30 CET, as the motorcade moved onto Stemmons Freeway, two shots were fired. Half an hour later, John Fitzgerald Kennedy, the 35th President of the United States, was dead.

As the 50th Anniversary of the assassination of President Kennedy approaches, a slew of documentaries, exhibitions, and publications are already underway in an effort to analyse Kennedy’s persona, judge his achievements, scrutinize his legacy and, overall, assess his place in history. John T. Shaw’s JFK in the Senate: A Pathway to the Presidency is one such effort, and perhaps one of the most interesting ones, as it aims to cast new light onto one of the most overlooked parts of Kennedy’s political career: his Senate years, from 1953 to 1960.

It is true that this period had already been covered at length in previous biographies (most notably in the masterful and heavily-researched JFK: An Unfinished Life by historian Robert Dallek), but here Shaw proposes a new approach to understanding Kennedy as a Senator; not based on a detailed account of his legislative record, but in how “Kennedy forged his political identity” (p.195). This, then, is a recount of a personal and intellectual voyage that transformed Kennedy from a formerly shy Congressman into a powerful political force with statesmanlike stature and scholarly gravitas.

It has long been said that Kennedy always wanted to be in the Oval Office, and Shaw adheres to this view, confirming that “Kennedy aspired to be President even before he was elected to the Senate in 1952” (p.7). Yet, his Senate years were more than a mere political catapult; it was a formative experience, in skills, character, wisdom and knowledge.

As Shaw cautions, it was not that Kennedy excelled as a Senator of Massachusetts – at least not as a legislative-maker. His attempts to pass labour policy reforms were remarkable, and his defence of New England economic development was equally laudable, but overall his legislative production was modest at best, which brought him harsh criticism. In fact, Lyndon Johnson –who was to become his Vice President—went as far as saying that “Kennedy was pathetic as a congressman and as a senator” (p.187).

It was not either that Kennedy didn’t respect the Senate as an institution. Actually, he revered it and, as a passionate reader of history, he marvelled at the great accomplishments of past Senators and he cherished his leading role in the what came to be known as the “The Kennedy Committee”, tasked to choose the greatest Senators in American history. It was, according to Shaw, “Kennedy’s greatest contribution to the institution of the Senate” (p.163).

However, Kennedy was indifferent to the Senate’s lore and showed little predisposition to honing his legislative skills or seeking mentors. He was also overcautious in his political manoeuvring, albeit unfettered party discipline was not his forte; already in his years as a Congressman he had proved that despite being a loyal Democrat he had “a pronounced independent streak that he seemed to relish displaying” (p.26). Besides, he rejected becoming a seasoned legislator. His ambition was to be regarded as a scholar and a statesman; for Kennedy the combination of the two was the seed of true leadership. He devoted himself to the mastering of foreign affairs, the creation of intellectual writings, and the broadening of his electoral support.

Shaw considers that, for Kennedy, foreign policy “engaged his deepest interests and summoned his most creative thinking, political imagination, and love of historical analogy and example” (p. 63). Kennedy’s shrewd Harvard thesis on the Appeasement in Munich had been transformed into the bestseller Why England Slept; in Congress he had been outspoken in his criticism to President Truman’s approach to Korea and China; and in the Senate he used his time “to become schooled in international affairs and developed into a forceful, if partisan, foreign policy player” (p. 116). He was more a debate-shaper than the architect of new laws, but his intellectual contributions proved to be highly valuable later in the White House.

Kennedy’s scholarly oeuvres were also noteworthy. He was adamant in his defence of courageous leadership; a quality that, he believed, was bereft in his time. He derided Eisenhower as “an absentee President who failed to deliver the kind of vigorous and aggressive leadership the nation needed” (p. 51), and he decided to produce a major work on the courage eight historic Senators had showed in facing adversity. Profiles in Courage was published in January 1956 and in May it received the Pulitzer Prize for biography: a “much-welcomed achievement” (p.131) despite the controversy about its true authorship.

How Kennedy approached the political arena was also key in his education as a statesman. Always relentless, he continuously sought higher offices and responsibilities, and his failed attempt to become Vice President in 1956 is a major example of this (he lost to Estes Kefauver of Tennessee). Yet, Kennedy understood that he needed to go beyond the traditional strongholds of the party to gain votes and thus embarked on a national tour in his later years at the Senate, garnering new allies and building up a network of supporters. In this sense, Kennedy was able to master the techniques of the grassroots movement decades before Obama used it to his advantage.

Summing up, this book provides a great introduction to Kennedy’s personality and his efforts to transform himself into a viable presidential candidate. It doesn’t provide the detailed description of his ideas and ideology that the excellent Kennedy by Ted Sorensen does, nor does it have the historic acumen of A Thousand Days by Arthur Schlesinger Jr., or the insight of President Kennedy: Profile in Power by Richard Reeves. Yet, it will certainly serve well to all those interested in acquiring a quick overview of Kennedy’s trajectory before reaching the White House.

Ana Polo Alonso is a speechwriter and political adviser. She holds a BSc in Political Science from the Pompeu Fabra University (Barcelona), and a MA in Public Administration from Pompeu Fabra-ESADE. She also studied Marketing and Branding at the New York University, Project Management at Stanford, and specialized in Digital Marketing at Instituto de la Empresa (IE) Business School. Ana served as Responsible for Communications at the Women’s World Forum, and has collaborated with International Organizations to develop advocacy strategies. She is currently finishing her first book, focused on the history of US Presidential campaigns. Read more reviews by Ana. 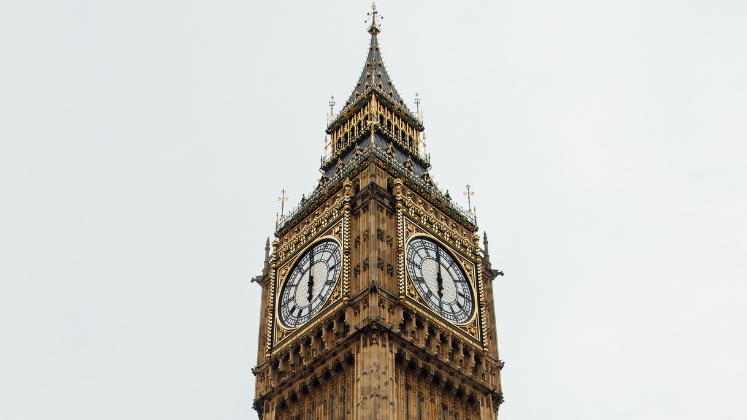