Global food price spikes in 2008 and again in 2011 coincided with a surge of political unrest in low- and middle-income countries. In some places, food riots turned violent, pressuring governments and in a few cases contributed to their overthrow. Foreign investors sparked a new global land rush, adding a different set of pressures, and the spectre of widespread food insecurity and sociopolitical instability weighs on policymakers worldwide. Chandni Singh finds that this book represents a critical and timely contribution to food policy and global security discourses and a launch pad for political action.

A quick survey of newspaper headlines from recent years would conjure a grim collage of socio-political instability (the Arab Spring, Greek financial crisis), natural disasters (floods in Pakistan, East African food crisis), impending doom (food riots as ‘the new normal’, catastrophic climate change), and a race for resources (land grabs, water wars). Against this alarmist context of impending disaster and gloom, Food Security and Sociopolitical Stability provides a nuanced and well-researched discussion that explores the interface between two critical and contemporary global issues: food security and socio-political stability. Edited by Professor Christopher Barrett, a prolific economist at Cornell University and leading thinker in agricultural development, the book brings together eighteen papers from authoritative scholars on topics ranging from climate change predictions and implications for food security (Chapter 3), to future trends in livestock rearing and what that means for environmental, health and food security (Chapter 8). Chapters 12-18 are area-specific papers including cases from linkages between food security and conflict during the Arab Spring (Chapter 14) to China’s massive urban migration and shrinking farmer numbers (Chapter 17). Aimed at policymakers and analysts, all the chapters contextualise their findings in recent global events and make short-term projections up to 2025.

The introductory chapter by Barrett sets the stage for a critical discussion on facilitating food security in the face of increasing population. He does so by drawing on climate change predictions, debates around food security versus food availability, demographic projections, global trade obligations and market dynamics, and recent advances in crop science research. Citing recent projections, he posits that demand side pressures such as population and income growth and urbanisation and dietary changes are going to ensure that food prices remain high till 2025. In such a scenario, it is crucial to find ways to minimise risks of food insecurity and social unrest. Barrett also explicitly explains the decision to use desirable terms like food ‘security’ instead of ‘insecurity’ and socio-political ‘stability’ as opposed to ‘instability’ to promote an aspirational vision he holds. In the current climate of alarmist reporting, this is refreshing and places emphasis on identifying feasible policy recommendations.

In Chapter 4, ‘The Global Land Rush’, Klaus Deininger starts with a provocative picture of a Korean firm’s land deal in Madagascar that barely compensated local people and precipitated the collapse of the country’s government. The chapter highlights the impacts of recent large-scale land investments by discussing historical evidence of land acquisition and regional patterns of agricultural expansion. The first strand of discussion finds that institutional and political factors determine local impacts of large-scale agricultural investment. In the absence of proper regulatory frameworks, sensitivity to local property rights, and mechanisms to adequately capture the full opportunity costs of land, previous investments have been extractive instead of responsible. They have caused conflict and social tension, and have, by lobbying for subsidies, had negative impacts on overall economic growth. Deininger draws on examples from land transfers in El Salvador and Guatemala, the Virgin Lands Campaign in Eastern Europe, to oil palm expansion in Southeast Asia and the thrust on sorghum and sesame production in Sudan in the 1970s. The second focus of the chapter demonstrates that owner-operated smallholder farms have shown higher levels of productivity as compared to large-scale corporate farming. He projects that the spread of competitive markets and labour can render corporate farming redundant. The third strand discusses the potential of resource governance in ameliorating potential threats of land acquisitions. He identifies that this can be done through recognition of existing rights and providing tenural security, clearly demarcating state-owned land, institutionalising pricing and taxation to capture benefits from social infrastructure, improving transparency in screening investment proposals, and having a clear and efficient dispute resolution and arbitration process.

Chapter 9 ‘Labour Migration and Food Security in a Changing Climate’ by Robert McLeman examines the relationship between inter- and intra-national labour migration in the context of climate change and political instability. First, from existing migration studies, he demonstrates that in addition to the economic motivation, labour migration is driven by persistent threats to household security such as changing environmental conditions, uncertain local income opportunities, and lack of credit lending facilities. Next, McLeman discusses the implications of climate change projections such as increased droughts, sea-level changes and storm surges, river valley flooding, and Arctic sea decline on labour migration patterns across the globe. The final section of the chapter elaborates on how political instability can emerge from and feed into labour migration dynamics. Likening migrant and remittance flows as water and air flows between source and destination area, and sociopolitical instability as turbulence in these flows, McLeman identifies possible obstacles in these flows (for example sudden-onset natural hazards, high levels of unemployment, regional labour shortages) and their role in shaping labour migration dynamics. He concludes the chapter with recommendations on how to reposition migration as an ‘opportunity to be managed’ rather than a ‘potential threat to be mitigated’ (p. 247).

In Chapter 16 ‘Food Security and Sociopolitical Stability in South Asia’, Arun Agarwal, opens with the oft-reported narrative of rotting food stocks in India juxtaposed against a large proportion of its population suffering from malnutrition. Agarwal notes that in the context of steady demographic and economic growth, relatively stable output per hectare since the Green Revolution in the 1960s, and current and future environmental change, South Asian countries will have to work extremely hard to stay where they are and keep future food insecurity at bay. He cites historical examples of food insecurity and disastrous famines in Bengal (1770, 1943-44), Orissa (1867) and across India (1896-97) and contrasts different government responses. He cites the well-timed and proactive policy response to the Bihar and Bengal famine of 1873-74 where, at the cost of £ 6.5 million, there was near elimination of mortality in stricken areas and affected populations were paid in grain and money for relief works. In contrast, in a subsequent famine in Madras, payment on relief works was drastically rationed in the belief that preventing starvation at the cost of potential national bankruptcy was not justified. This led to the death of 5.5 million people from 1876-1878. From a rich set of similar cases, Agarwal finds that government commitment to mobilise resources and provide subsidised food in food-scarce regions is critical to maintain food security. Turning to contemporary South Asia, persistent inequalities and disillusionment with post-independence development have facilitated the spread of Communist movements across India and Nepal, which have already had repercussions for national security. Agarwal concludes that in order to maintain socio-political stability in such areas, entitlement and distributive social protection strategies aimed at food security can go a long way in addressing perceptions of social of deprivation and marginalisation.

The key story of the book is that food supply is not meeting rising demand, and this potentially threatens global peace and prosperity. To tackle this, the well-researched papers emphasise overcoming Green Revolution era complacency, and identify pathways at global and national scales to minimise the risk of food insecurity and socio-political instability. By doing so, it proves to be a critical and timely contribution to food policy and global security discourses and a launch pad for political action. Drawing from a wide range of intellectual expertise, the book speaks beyond specific academic disciplines of each author and promises to engage a broader audience, from researchers and students of food security and global politics, to policymakers, analysts, development practitioners and interested lay readers.

For more, watch Chris Barrett explain the arguments presented in the book at a recent event co-sponsored by the Wilson Center and Johns Hopkins School of Advanced International Studies.

Chandni Singh is a PhD researcher and Felix Scholar at the University of Reading, where her research explores farmer vulnerability to water scarcity and climate change in Rajasthan, India. She holds a masters in Natural Resources Management from The Energy and Resources Institute (TERI) and has worked with indigenous communities in the Himalayas towards climate change adaptation and watershed development. Chandni blogs at Village Vignettes and tweets @chandnisingh233. Read more reviews by Chandni. 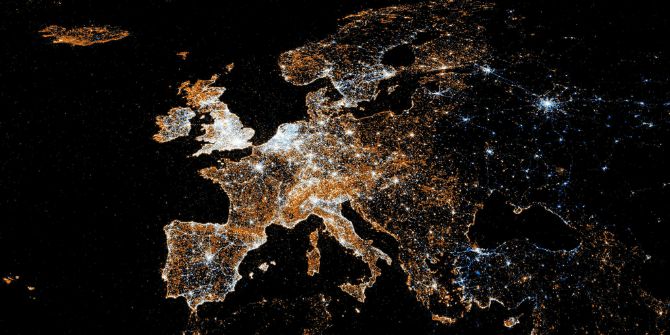