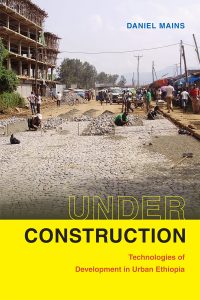 Investment in new infrastructure has been one of the main strategies for development in Ethiopia, one of the world’s fastest growing economies. In Under Construction, Daniel Mains argues that the process of building this infrastructure has also changed the relationship between citizens and the state, and not always for the better. Construction projects confer legitimacy to the state as a provider of ‘modernity’ – something very true in Ethiopia, an ‘extreme case of state-led development’ (13). But that can come at the expense of some groups who are made worse off by the projects. In other words, ‘construction builds at the same time it destroys’ (6).

Most of the book is about transport infrastructure, although there is also a chapter on dams. Good transport connects places, people and markets, so building or upgrading transport infrastructure has a multiplier effect on economic growth. The problem is that, rather than facilitating connection, transport projects actually disconnect some people, not only from those places, people and markets, but more broadly from the renewed ‘modern city’ and from the state. The book looks in detail at how these dynamics have played in Jimma and Hawassa, two of the largest cities in Ethiopia.

One example is road-building. Asphalt roads fit well with the state’s discourse of growth and modernisation, even in places where most people walk – ‘yes, we don’t travel by cars often, but without roads there will be no progress,’ said a Jimma resident (62). But the construction of roads requires ‘regularity’. In Jimma this regularity could not be always be achieved because of natural, financial and management contingencies that led to the failure to complete some projects, leaving roads in a worse situation than before. As a consequence, the projects isolated neighbourhoods rather than connecting them. The construction of roads also results in regularity, as it usually leads to informal settlements and livelihoods being replaced with formal ones. In Hawassa, construction required expropriation of some properties and increased the value of the remaining properties. The result was that many local residents were relocated to the desolate outskirts of the city – ‘we can’t leave our house. There are hyenas everywhere,’ said one of the resettled residents (87). Again, the roads disconnected people from their livelihoods and the relationships that supported them.

Another example is the urban public transport system. The Bajaj (a three-wheeled motorcycle taxi) is the main motorised transport mode in Hawassa, filling a gap in the transport market that cannot be filled by the state, which owns only four buses in this city of 250,000 people. For the author, the Bajaj system is also ‘construction’ – it allows the city to be ‘made and remade daily’ (150). The state needs the Bajaj system to provide for an ever-expanding city. So, it regulates fares and routes, colliding with the interests of operators who do not want to serve the less profitable suburban routes. In a Kafkaesque detail, drivers can only leave their assigned route if they have a letter signed and stamped by the customer’s employer or school (129). But at the same time, the Bajaj, a slow and small vehicle, does not really fit the aesthetics of the ‘modern city’, so there were plans to confine it to smaller roads, leaving the new asphalt roads ‘opened for cars’ (131). The outcome was that drivers went on strike and paralysed the city.

But there was a type of transport infrastructure that did not generate conflicts but synergies: cobblestone streets. These streets do not represent ‘modernity’ like asphalt roads, but they are important for life in the city. They replace dirt roads with beautiful surfaces, rather than with intimidating asphalt. They also require slower movement and promote street-side activity. This has an economic value – in Hawassa, new restaurants in cobblestone streets soon started to attract people from around the city. Even more important than this: as slow and labour-intensive work, the construction of cobblestone streets created many jobs over a long time – since 2007, 100,000 people have been employed in Ethiopia to build more than 1,000km of cobblestone streets. In addition, the state supported the organisation of workers’ associations that submit bids for projects, and provide the associations with training, advice and help accessing equipment and materials. This gave young workers independence and empowered them to further progress in business and life. It also brought about a new type of relationship with a more ‘abstract’ state, substituting the previous patron-client type of relationships that citizens had with state representatives. This also benefited the government, which previously regarded unemployed urban young men as a threat to stability. 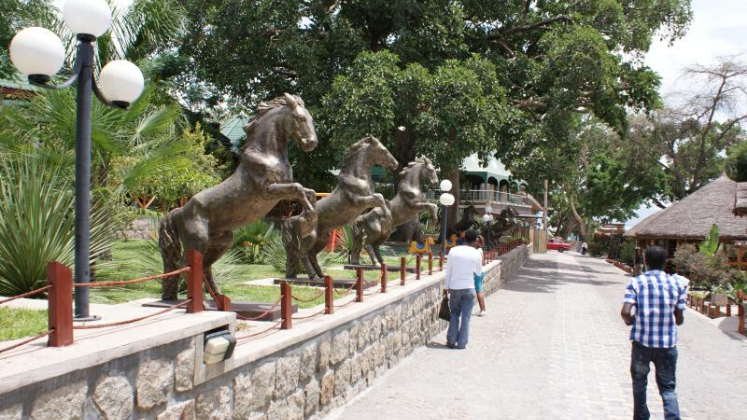 If I had to find any negative aspect in this book, it is that, structurally speaking, it can almost be read from back to front. The overlong introduction jumps from topic to topic and from city to city, drawing too much from the case studies described in the following chapters and at times reading more like a conclusion. I also found the book to be more enjoyable and insightful when the author was describing empirical evidence than when he was superimposing theories on this. This often happened at the beginning of the chapters, when the reader was not yet familiar with the case studies.

Regardless of how you read it, the book is an interesting account of the opposition between material infrastructure and what Abdou Maliq Simone (2004) called ‘people as infrastructure’: namely, the human relationships that provide for life in cities. In some of the cases described in the book, the material infrastructure could only be constructed with the help of the human infrastructure, but in other cases it weakened or destroyed the human infrastructure. The book also gives insights on how economic and urban development is happening in Ethiopia (many readers probably only know the ‘what’ that GDP statistics show) by drawing attention away from the capital, Addis Ababa, to Jimma and Hawassa. The many photos included in the book documenting the ‘during’ and ‘after’ construction phases are also very informative. And as a bonus, there is coffee on almost every page, as the author recounts the places and circumstances of his conversations with his contacts in offices and cafes.

Image One Credit: The Road to Jimma (Matt Johnson CC BY NC 2.0).

Paulo Rui Anciaes is a researcher at the Centre for Transport Studies, University College London. He completed his PhD. at the Department of Geography and Environment of the London School of Economics. Paulo blogs about Community severance and Alternative Environmentalism and contributes to the UCL Street Mobility project blog.