The Two-State Solution sets out to explain the crucial events in the history of the Israeli-Palestinian conflict that led to the UN resolution to partition Palestine into two states on November 29, 1947. The book focuses on the communicative message of the contributors, hoping to enlighten and expand the awareness of anyone with an interest, vested or otherwise, in the history and future of Israel and Palestine. Harriet Fildes, however, feels it would have benefited from a more nuanced debate over the contrasting and often contradictory positions regarding the two-state solution. 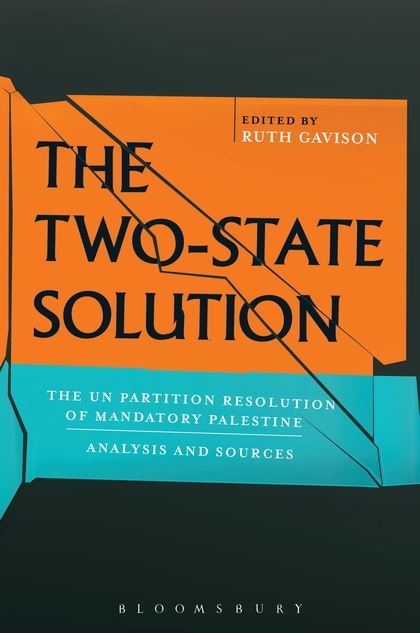 Ruth Gavison, the editor of this volume and founder of Metzilah – a Center advocating for the compatibility of Zionism, Judaism and liberal-democratic/ humanist thought – is a contentious national figure in Israel. As a staunch proponent for a two-state solution and a self-proclaimed Zionist, Gavison’s extensive and pertinent work as an academic, journalistic contributor, lawyer, civil-rights campaigner and politician has provoked rigorous criticism from both Israeli and international Right and Left.

With John Kerry resurrecting the partition debate from its shallow grave in the political arena, this book is a timely addition to academic views on partitioning, both historically and conceptually. Gavison uses this engaging edited volume as a flagship of historical revisionism, upon which to position public discussion over issues intrinsic to both Israeli and Palestinian identity, self-determination and ideology and to promote a re-reading of key historical debates over the 1947 UN Partition Plan and its enduring relevance to present debate over statehood in Palestine/ Eretz Yisrael. This collection of essays draws upon an impressively rich range of primary source data and boasts insights from a (perhaps insufficient) variety of scholars.The book, and the Center more broadly, seem overtly focussed on their communicative message, hoping to enlighten and expand the awareness of anyone with an interest, vested or otherwise, in the history and future of Israel and Palestine. The Center does however appear primarily concerned with the former, an agenda which is clearly articulated at the start of the book and is perfectly suitable given the goals and message of the Center, however it raises some issues regarding the academic impartiality of the book. Such a contrast is key for constructive and meaningful comparative analysis. Gavison’s commitment to discussing the ramifications of Jewish identity and Zionism and the necessity of conceptualizing and historicizing this in order to legitimise Israel’s state building activities is understandable and Gavison rightly calls for critical analysis, however she fails to extend this necessity regarding Palestinian voices, histories and futures.

In his chapter on the Zionist debates on partition, Itzhak Galnoor clearly delineates the parameters of his essay, providing a concise and insightful summary of the decision-making and political opportunity structure facing the Zionist movement from World War I onwards, particularly in regards to debates over the more tangible element of state-building; territory. Although somewhat repetitive of well-known historical events, the intended audience of this book (new readers and the public) should find this helpful, as the historical elements of this debate are oft obfuscated by scholarship which assumes an excessive level of pre-existing knowledge.

This essay confronts well the hedonistic calculus employed by Zionist civil-society regarding state formation, the conflict between expressive (or ideological) goals regarding the establishment of a Jewish state and the practical realities of being engaged with, and reliant on, colonial Britain. A more comprehensive analysis, rather than simply description, of the rationale behind internal Zionist fragmentation should have been given however as this could have shed new insight on the decision-making process. Galnoor closes his arguments by stating that “willingness to ignore all these shortcomings testifies that the Zionist decision to adopt the 1947 partition plan was based on giving priority to sovereignty over other goals, as well as over expressive values.” Such a conclusion departs from many a tract on early state-building activities by removing the ideological element and focussing on the pragmatism/ instrumentalism of the Zionist decision-making process.

Mustafa Kabha’s coverage of intra-Palestinian fragmentation provides important insights on a previously forlorn research area; that of conflictual, contradictory and complex decision-making within Palestinian groups attempting to produce a cohesive agenda and set of interests in the lead up to the Partition Plan. By exploring these factions, this chapter articulately offers an insightful and original account of how, and for what reason, Palestinian groups opposed the Partition Plan, and the enduring ramifications of this. For example, Kabha provides a detailed account of the disparity in territorial and population distribution in the proposals which led to rejection of the Peel Commissions recommendations, but also of the failure of the Mufti to accept Britain’s White Paper.  Furthermore, and most interestingly due to lack of prior research, Kabha details the groups supporting Partition, claiming this was not a minority, but rather a quieter sub-group. This goes far towards dispelling myths regarding a comprehensive and unequivocal “Arab” rejection of the Partition Plan, and shows that there existed no such easily generalizable term which encompassed the fragmentation of, and conflict within, Palestinian-Arab organisations.

An important contribution of this chapter is that it highlights the hypocrisy of many politicians, academics and other interested parties involved in this debate in expecting Palestinians to accept  a document (the Mandate) “which did not recognize them as people”. Moreover, Kabha concludes by drawing in wider issues related to Palestinian rights and freedoms, noting the importance of historical debates but stating that such historicization is clearly superseded by “international and moral conventions”; “Supposing that the civilian population did indeed flee from its places of residence, what are the rationales and justifications explaining the refusal to permit their return with the cessation of the battles?”

A more nuanced debate over the contrasting and often contradictory positions regarding the two-state solution is necessary in the editor’s introduction and concluding chapter. Thus, rather than a step forward for the revisionist work (or new historiography) in which this work is situated, this book appears to somewhat regress, disregarding the extensive research of esteemed historians such as Nur Masalah, Ilan Pappé and even to an extent, the less controversial figure; Benny Morris. Despite some commendable goals to link this book to present day issues regarding the two state solution, the majority of the analysis fails to do so. As such, the book is much too specific in its scope and as a purely historical analysis (as opposed to a book covering an enduring debate on partition), it would benefit from drawing in other important events of this time.

Harriet Fildes is a social-scientist from the University of Edinburgh, having studied International Relations for her advanced degree at SOAS. She has worked as a research assistant at Bilkent University in Turkey and for various NGOs in the UK, Turkey and India. She is currently doing her Ph.D in Islamic and Middle Eastern studies, researching the relationship between civil-society and foreign policy formation under the AKP. Her main research areas are foreign-policy in the Middle East, the politics of collective action and the socio-political impact of local and global civil-society organisations. Read more reviews by Harriet. 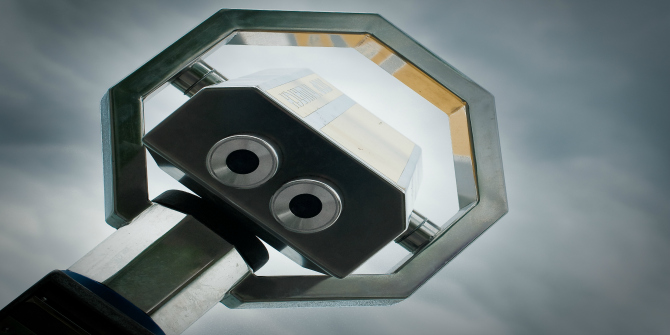