Through exploring the history and politics underlying the cult of girls in contemporary Japanese media and culture, this book aims to present a striking picture of contemporary Japanese society from the 1990s to the start of the 2010s. Chapters cover dating and subcultures, the schoolgirl in male cultural imagination, and transracial style and fashion. This work is highly recommended for students and scholars interested in East Asian studies, ethnography, gender, youth, and contemporary Japanese history, society and culture, writes Artur Lozano-Méndez.

“Sugar and spice and everything nice, that’s what little girls are made of”
– 19th century nursery rhyme

Who defines what young women are or should be? If young women are to be “nice”, exactly what is implied by “nice” and what are the consequences if one refuses, or does not hold the means, to be regarded as “nice”? How much “spice” can one afford before failing to remain “nice”? How are these perceptions reproduced and circulated?

Schoolgirls, Money and Rebellion in Japan is a book that explores these and related issues in the context of Japanese society. The aim of the book is to bring to the fore the centrality and weight of socially-constructed images of young girls of different backgrounds in Japan’s recent history, from Emperor Meiji’s modernization in the late 1800s, through to the present. The relevance of these images reaches beyond heteronormative technologies of biopower and state reproductive policies; they are embedded in labour, marketing strategies, the media landscape, the art world, the intelligentsia, social self-representations at large, family and interpersonal relations. By virtue of the scope and depth of its analyses, such a book is an invaluable resource to gain a fuller understanding of modern Japanese society. This work is highly recommended for students and scholars interested in East Asian studies, ethnography, gender, youth, and contemporary Japanese history, society and culture. Scholars with comparative inclinations and interest in racialized representations will also benefit enormously from the chapters “Girls as a race”, “Ganguro, yamanba, and transracial style”, and “Minstrelized girls”.

The author, Sharon Kinsella, is lecturer in Japanese Studies at the University of Manchester. This is her second book since the publication of Adult Manga: Culture and Power in Contemporary Japanese Society, in 2000. Her work will be familiar with Japanese Studies scholars worldwide, following the popularity and high citation of her chapter in the 1995 edited volume Women, Media and Consumption in Japan (edited by Lise Skov and Brian Moeran), “Cuties in Japan”. While the author draws from the disciplines of media studies, consumer studies, social psychology, gender studies, and anthropology, Kinsella is a sociologist by trade and this shapes the scope and approach of this ten-chapter volume.

Through this extensive ethnography drawing equally from documents and fieldwork, and featuring an exemplary command of relevant literature including many Japanese sources, Kinsella analyses the evolution of social discourses producing images of Japanese young girls throughout history: the educated middle-class young women from the Meiji era onward; the factory hands and young women employed in sex industries in a modernising Japan; the modern girls of the 1920s; the pan pan girls of the Occupation period; the gyaru (gals) from the 1970s onward; the yankii or working-class school dropouts starting in the 1980s; the school uniform sporting kogyaru in the 1990s, represented as materialistic and coarse; and the tanned ganguro and yamanba in the late 1990s and 2000s, who were presented in very hostile terms in the media as a “subspecies” of the kogyaru. Most of the attention is focused on the 1990s – after the emergence of the media frenzy on “compensated dating” – and in the 2000s. Nevertheless, the archival breadth and documentation – as well as some intercultural exercises including the comparison of representations of comfort women with representations of gyaru or schoolgirls allegedly involved in sexual and financial deviancy in the 1990s, in Chapter 10 – allow the reader to build the case for historical parallels and continuities that truly give meaning to the expression “historically situated.”

The ethnographic work and analysis is the major contribution of the book and it will constitute an example for future researchers of Japanese society. Chapter 3,  “Compensated dating as a salaryman subculture”, is an ethnographic tour-de-force and it comes after a second chapter that has already warned the reader against other studies falling for “pseudo-ethnography.” Through this chapter, the author traces the inception and development of a “regime of representation” (see Stuart Hall’s Representation: Cultural Representations and Signifying Practices) in which “deviant schoolgirls” and the activities they were purportedly engaged in were presented and circulated in a myriad of channels: TV news reports, articles in men’s weekly magazines, newspapers, websites, porn novellas, adult video industry, and even cultural and literary criticism (the case against “pseudo-ethnography” is reinforced) and eventually the kogyaru magazines (that were actually published by the same providers of porn and adult content that published men’s magazines). With a diachronic and multi-situated analysis that incorporates the evolution of sales of printed press, the sound and image treatment of individuals in TV reports, and many other variables, Kinsella convincingly makes the argument that “men’s magazines were involved not only in close scrutiny of but also in the selection and defining of kogyaru culture”.

While the work incorporates previously published research, the text has solid threads woven throughout the chapters and many recursive arguments that are progressively refined. This is not just a collection of papers and it really shows that much care has been devoted to editing, updating and expanding. This is the work of a scholar at the height of her abilities, who manages to uphold academic accuracy and build a very distinctive critical voice.

The one thing missing in the book is a chapter for conclusions that synthesises the research presented in the previous chapters and contributes a broader theoretical frame. Perhaps the author does not believe in drawing such conclusions. Maybe there is no such thing as a conclusion when one deals with dynamic social phenomena with a diachronic intent. Certainly, many of the trends described in the volume live on in recent animation, video games, social media and the interactions and diversions between consumers and providers. Still, after all the painstaking effort poured into foregrounding the multifaceted channels in which society conditions the perception of different collectives of young girls, one cannot help but miss an attempt to integrate more theoretical elaboration. While the critical approach and stance are undeniably present, it would not have hurt to incorporate a bit more critical theory as well. Still, one cannot fault a book for what it does not set out to do. If Bourdieu and Foucault are not conspicuous in the work, it is simply because of a choice by the author.

For specialists in Japanese studies, this will actually be a welcome change of pace to find a work so confident in the sheer magnitude of its ethnographic account and analyses. It will help if the reader is familiarized with the media landscape of Japan, but the author provides plenty of material evidence to sustain claims that might seem shocking for the general reader. I would advise anyone already familiar with Kinsella’s work to purchase this book, and for those not familiar with her work, I could not think of a better gateway into her production. This truly constitutes a milestone for future research, and it will be a valuable addition to the reading list of many courses.

Artur Lozano-Méndez is a Postdoctoral researcher and professor, and teaches Japanese politics; modern and contemporary Japanese thought; popular culture and society of Japan at Universitat Autònoma de Barcelona. His research interests include the international circulation of Japanese cultural products and social representations of family and youth cultures in media and cultural products. He tweets @ArturLozano. Read more reviews by Artur. 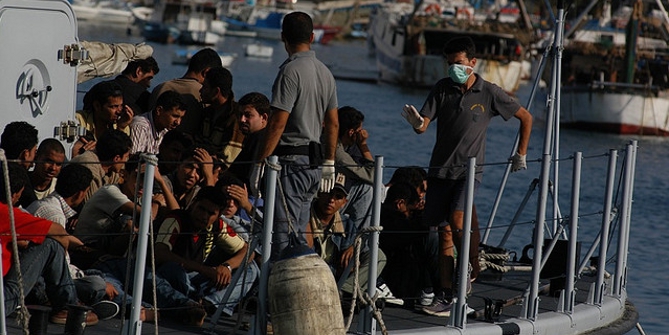 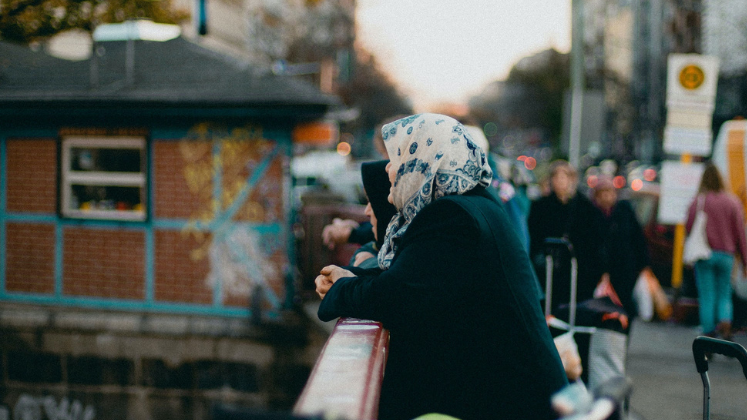