Jane Austen’s novels are constantly re-imagined on page and screen. The Digital Afterlives of Jane Austen explores the fascinating realm of Austen fandom on the internet. A compelling read for anyone interested in literature in the digital world as well as Austen fans, finds Sophie Franklin. 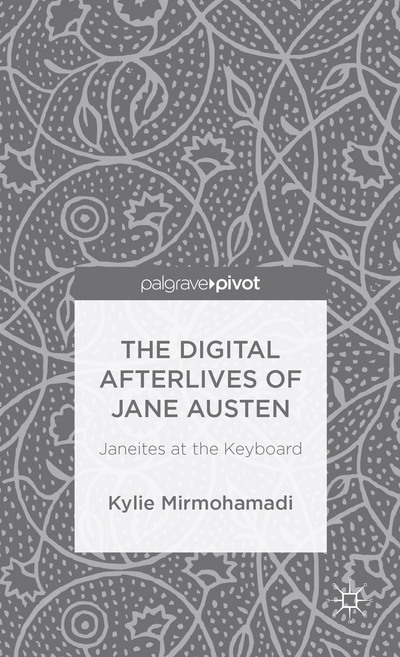 Despite being the ‘fastest-growing form of writing in the world’, fan fiction is often derided and dismissed as unworthy of intellectual engagement. Recent academic research on fan fiction has hailed it as a ‘democratic genre’ and has sought to overturn any anachronistic assumptions.

Kylie Mirmohamadi’s work, The Digital Afterlives of Jane Austen: Janeites at the Keyboard, adds to this new body of research on fan adaptations. Austen-based online spin offs are here placed firmly within the on-going narrative of Austen studies as a means of reinterpreting Jane Austen’s works and their position in the twenty-first century, weaving together issues of intertextuality, digital spatial mapping, and ‘print’ culture online and offline.

Wattpad, the online literary community launched in 2006, and its lively Austen spin-off content, forms the main focus of the first two chapters. Users of the website adopt the identity of ‘Wattpadders’, a ‘form of citizenship’ that places them within a ‘discrete, locatable geographic community’ that is simultaneously ‘borderless and limitless’ (pp.10–11). This sense of contradiction runs throughout the study, indicating the diversity and complexity of online literary worlds; as Mirmohamadi notes, Austen fan fiction on Wattpad ‘sits, undifferentiated, alongside public-domain Austen text’ (p.11). The proximity of the original and its intertexts destabilises the fixity of the original Austen novels (p.25) and gestures to the ‘archontic principle’, in which texts based on other texts are not merely subordinate imitations, but rather help to shape an archive that enlarges the textual world (p.3).

Chapter One takes several Wattpad stories as case studies, including a werewolf re-working of Pride and Prejudice entitled Pack & Prejudice, and another that involves Liam from the boy-band One Direction. These adaptations, alongside the numerous case studies referenced throughout the book, circulate ‘within a textual network’, in which each work relates to Austen as well as other surrounding texts, forming a tapestry of interlaced narratives (p.26).

The second chapter focuses on the digital materiality of fan fiction sites, the ‘physical and interpretative implications’ of reading from a screen (p.34). Mirmohamadi argues that the ‘bodily experience of electronic reading’ is often ignored due to the ‘monopoly’ that print culture has on materiality (p.35). Yet the glow from the screens reflecting onto the reader’s body, which is in turn reflected in the glass, suggests that digital reading is a unique experience in its own right. Wattpad stories are themselves (often self-referentially) replete with technological objects that exist alongside the revered Austen codices, gesturing to the “convergence culture’ in which the Wattpad generation is located’ (p.36). There is a defiance of restrictions within these fan fiction worlds, an egalitarian spirit that brings together all modes of adaptation, spanning centuries and crossing the barrier between screen and reality.

Despite such boundlessness, the websites also root themselves in the real world by creating physical localities within their webpages. Chapter Three navigates these ‘discursive’ spaces in Austen-specific sites, which are presented as ‘physical places of gathering and community’ in a further elision of the material and the digital (p.55). Upon entering the Republic of Pemberley, you are told that ‘[t]his page is your front door’ to the online world beyond. Opening up the webpage of the Derbyshire Writers’ Guild, you are presented with several hyperlinks, steering you towards places that evoke a geographical position: Fantasia Gallery, Epilogue Abbey, and the Tea Room (pp.55–56). Readers and writers can locate themselves freely within these settings, yet there remains a ‘level of selectiveness, if not exclusivity’ in aspects of these sites (p.61). While Mirmohamadi does not wish ‘to suggest images of territorial skirmishes’, these fan sites adhere to a ‘wider, pre-existing hierarchy of knowledge that is visible almost everywhere in Janeite culture’ (p.61).

The fourth and final chapter counteracts this categorisation by examining a collaborative serialised story, The Bennet Brother, the outcome of which the readers decide. Each incremental chapter is written by a different author to produce a re-worked version of Pride and Prejudice that reflects the desires and strategies of both readers and writers whose roles blur and merge throughout the process. Once more, the democratic nature of fan fiction emerges.

One of the most compelling arguments made by Mirmohamadi is the convergence between fan fiction and the serialisation of Victorian texts. Margaret Atwood, the unofficial patron and ambassador of Wattpad, notes that ‘the serial reading carried out on Wattpad is a creative re-working of, rather than a radical departure from, nineteenth-century modes of mass literary production and consumption’ (p.46). This alignment of material nineteenth-century and digital twenty-first-century publishing cultures is intensified by the fact that Wattpad writers often tailor their narratives to accommodate readers’ preferences; similarly, while writing The Pickwick Papers, Dickens received responses from readers which led to Sam Weller becoming a more prominent part of the book (p.46).

Adding to the overlaps between the Victorian periodical and fan fiction webpages is the mass of textual and visual material surrounding the main digital text, underlining the digital screen’s intangible physicality. On Wattpad, stories share web space with moving images, such as one from the Austen biopic, Becoming Jane; and hyperlinks for other spin offs and sites (p.28). In the first serialised publication of George Eliot’s Middlemarch, the main text was also flanked by advertisements selling commodities such as chocolate and fabrics (see Gillian Beer’s chapter in MiddleMarch in the Twenty-First Century). These nineteenth-century paratexts, however, cannot change over time, unlike their digitised counterparts which possess a mutability that, as Mirmohamadi’s brief conclusion states, places online literary cultures ‘in a constant state of flux’ (p.106).

The accretion of these shifting Austen-based intertexts alongside the originals and surrounding images and hyperlinks underlines the ‘palimpsestic nature’ of online (and offline) literary worlds (p.83). The digital format enables readers to visualise the build-up of these layers, with numerous windows and tabs containing multiple adaptations, all competing and coexisting on the screen. Mirmohamadi unites these often disparate layers, focusing on the contiguity of print and digital literary cultures to offer innovative ways of reading and interpreting Janeite fan fiction. 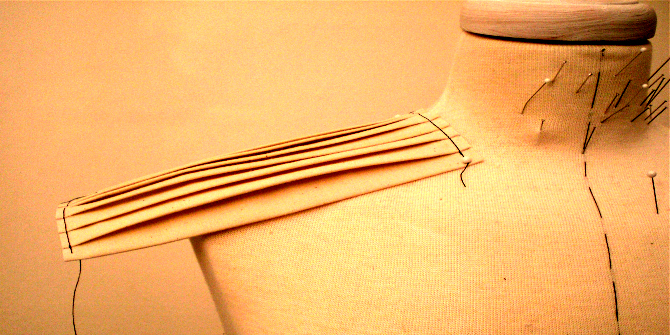