In How Capitalism Failed the Arab World, Richard Heydarian aims to show how years of economic mismanagement, political autocracy, and corruption have encouraged people to revolt, and how the initial optimism of the uprisings is now giving way to bitter power struggles, increasing uncertainty and continued economic stagnation. Although conciseness in academic writing is to be applauded, this book may have benefited greatly from being longer, finds Elaine Housby. It packs a huge amount into fewer than two hundred pages, and its arguments are sometimes so compressed that they are hard to follow. However, both academics and general readers with an interest in the Arab Spring and its continuing development will find it very useful. 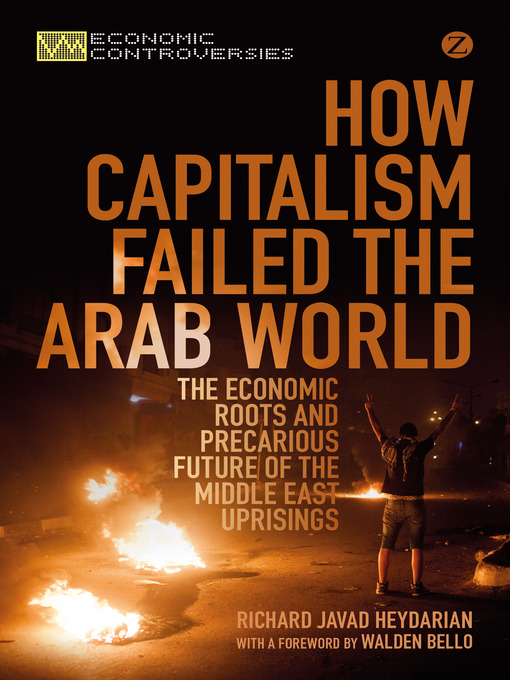 How Capitalism Failed the Arab World is a Richard Javad Heydarian’s ambitious study of the causes, progress, and likely future of the revolutions that came to be known collectively as the ‘Arab Spring’. It references a great many studies and commentaries by both academic authors and international organisations, bringing both depth and breadth to the evaluation.

The first four chapters are taken up, one way and another, with attacks on the neo-liberal economic orthodoxy that international financial institutions sought to impose on the world in the years before the Arab uprisings. Heydarian – a lecturer at Ateneo de Manila University in the Philippines – points out that forcing greater market openness without any corresponding change to the autocratic and unaccountable regimes which governed most of the Arab world merely increased the scope for ‘crony capitalism’:  the self-enrichment of the well-connected elite at the expense of the common people. The author believes that economic globalisation and the resulting incorporation of the Arab world into international markets meant that the economic and financial crisis of 2008 onwards hit these corrupt Arab regimes hard. In fact it brought about ‘the collapse of Arab crony capitalism’ – a phrase he uses as the title of Chapter 4 – and pushed many Arab citizens down to a level of hardship which triggered the outbreak of protest.

In the last chapter of the book, Chapter 8, Heydarian returns to this economic argument and maintains that the post-revolutionary Arab states need to develop an economic policy which prioritises the creation of stable employment and the welfare of ordinary people, and that this requires both state direction and a shift from an economy mostly reliant on the service sector to one based on manufacturing. He is explicitly not calling for a return to the kind of state socialism practised in the region in the 1950s – he uses the word ‘judicious’ a lot in reference to the kind of state intervention he wants – but it is hard to see how an economy that was not wholly planned by government and was based on manufacturing for export would not be capitalist. It could be said that the book’s attention-grabbing title does it a disservice, as its arguments reject capitalism only in a loose sense of the term.

Heydarian talks warmly of the enthusiasm for the Islamic financial tradition among the new regimes (p. 125), and appears to see this as evidence of their rejection of capitalism, in line with his own view that the recent economic crash in the West prompted many of the Arab people to believe that US-style capitalism had failed. This is too uncritical a view of Islamic finance. It is true that at the rhetorical level it has benefited from widespread disillusionment with prevailing economic and banking models, but this does not mean that it can provide a real alternative to them in the long term, even if other important vested interests in the region would allow it to try, and, furthermore, most of its practitioners would reject the idea that it is anti-capitalist.

Chapter 6 is strong on the Gulf Co-operation Council states and the way the dynastic rulers of the hydrocarbon rich Arab economies have been able to prevent revolution threatening their own position and to divert the revolutions in other Arab states to suit their own interests. Their strategy essentially consists of being ever more generous to their own citizens and making their impoverished neighbours, such as Egypt, increasingly reliant on large cash hand-outs from them. Qatar’s ownership of and editorial interference with the Al-Jazeera television station has also been an important source of influence, most notoriously in relation to the censorship of coverage of protests in Bahrain which worried the rest of the GCC rulers exceedingly. Heydarian warns that the minimum oil price necessary to enable these states to buy the docility of their citizens is creeping upwards, and that any sharp fall in the price and therefore in the revenues of the oil states could lead to outbreaks of protest there as well.

Throughout the book Heydarian demonstrates a refreshing clarity about the sources of real power. In Chapter 7 (pp.152-3) he provides a welcome rebuttal of the western media’s apparent conviction that we have Facebook and Twitter to thank for the revolutions. He points out that it is hardly possible for them to have triggered mass protests in a region with very low levels of internet access, and that a fascination with these new media platforms among the protest leaders distracted them from building conventional political organisations that would have been more resistant to counter-revolutionary forces. Social media have also provided a perfect platform for the spreading of sectarian hatred and incitement to violence – a revelation which, though saddening, should scarcely surprise anyone familiar with the degree of viciousness often found on social media even in wealthy liberal democracies.

The book reads as if it was written in something of a hurry, understandably given the topicality and urgency of the subject matter, and it could have done with more careful revision. It is often ungrammatical and over-colloquial and it does not always explain references to previous events clearly enough.  The author deals with many different countries and a very large cast of political actors, and it is sometimes difficult to keep track of who fits where in the regional picture.

Although I generally applaud conciseness in academic writing, this book would have benefited greatly from being longer. It packs a huge amount into fewer than two hundred pages, and its arguments are sometimes so compressed that they are hard to follow. The impressive amount of interesting material with which Heydarian is familiar could have generated a book double the length that would have been a fascinating and more relaxed read. This level of compression may make the book heavy-going for those with little previous knowledge of the Arab world. However, both academics and general readers with an interest in the Arab Spring and its continuing development will find it very useful.