Offshoring introduces John Urry’s panoptic vision of a world in which democracy is all at sea. While the super-rich secret themselves away on extravagant treasure islands, the rest of the world is hard at work fuelling their indulgence. For Urry, the offshore world is dancing to the tune of Mont Pelerin’s neoliberal thought collective, and the 2007-08 financial crisis can be decoded as an outcome of offshore entanglements – a perfect storm in which offshore finance, unregulated energy markets, excessive consumption, and the waste it generates converged. The book’s closing chapter offers a template for ‘reshoring’, a broad project of democratic reform to be led by a ‘low carbon civil society,’ writes Paul Gilbert. When participants in the Occupy movement declared themselves to be ‘the 99 per cent,’ they presented a vision of social distribution in relation to which a broader public sphere has re-discovered itself. As a result, the shadowy one per cent – among whom we can be quite sure we do not count – has re-emerged as an object of sociological and journalistic inquiry. These plutocrats were never quite in the shadows, and a whole generation of novelists had celebrated a resigned acceptance of financial elites’ barely disguised efforts to re-make the world in their own interests. Much of this has the character of what anthropologist Michael Taussig calls a public secret – that which is already known, but cannot be readily articulated. For Taussig, the public secret is not destroyed through exposure, but justice can be done to it through revelation.

Thus, John Urry – Distinguished Professor at the University of Lancaster – sets out to lend an air of the concrete to the ethereal offshore world of what he calls ‘the rich class’. He delineates the contours of a class war he believes is being waged on democracy and the 99 per cent through offshoring – of finance, labour, leisure, waste processing, energy extraction, and securitization. The rich class are winning, and their war machine is lubricated by the sea, a ‘neo-liberal paradise, a vision of the world almost without government, taxes and laws, and where only the powerful ships and their companies survive’ (p. 161).

This rich class, though, is difficult to pin down. Geographically, they are mobile, exercising power through their ability to ‘exit’ states and their legal obligations, and availing themselves of elite ‘citizenship planning’ services. On island retreats like St. Barts, the super-rich live out their liquid lives segregated from the ‘merely rich’, and the offshore rich class is socialized into being. Intellectually, the rich class that Urry describes relies on two types of thinker. Firstly, members of the Mont Pelerin Society (headquartered, not incidentally, in the Swiss tax haven of Vaud) that has incubated neo-liberal economic thought since the 1940s. Secondly, the transnational think tank networks which valorize neo-liberal ideologies and ‘manufacture uncertainty’ (p. 170) about the effects that the offshore energy assemblage has on rising sea levels.

Still, for an argument that rests on the notion of a rich ‘class’, and which emphasizes the influence of a particular group of neo-liberal thinkers, the relationship between think tank networkers, Mont Pelerin economists, and indulgent yachtsmen is left undertheorized. Are we to imagine the think tankers and the Mont Pelerin collective as Gramscian organic intellectuals, exercising academic and moral leadership in order that wealthy family offices can remake the world? Or, are these neo-liberal thought leaders part of a new class of working rich? Do they mingle with the super-rich in St. Barts?

The manner in which Offshoring skips from secluded island retreats, to murky Bilderberg Group meetings, stopping off at military ‘black sites’ in Nevada’s Nellis Range, lends the book a slightly conspiratorial tone which Urry does not completely disavow (p. 154, p. 174). Elsewhere, it reads like a more concrete exposé, pointing for instance to a single building in Delaware that houses 217,000 ‘offshore’ companies. Urry’s book is thus at its most engaging when he devotes a chapter to offshore energy, leaving conspiracy and paranoia behind in favour of one tangled offshore episode.

Revisiting material presented in 2013’s Societies Beyond Oil, Urry makes the argument that Hurricanes Rita and Katrina (themselves peturbations engendered by oil-driven climate change), having knocked out refineries in the Mississippi Delta, caused an oil price hike that pushed over-leveraged suburban homeowners in the US towards the sub-prime crisis. Linking offshore finance, the oil transport container economy, hydrocarbon extraction, and climate volatility with the excessive debt-driven consumption that is possible under neo-liberalism where ‘anything is commodifiable’ (p. 83), Urry comes close to depicting a sort of neo-liberal Gaia: a seething complex system in which ocean currents are as implicated in class warfare as the offshoring of labour, leisure and wealth.

The sea itself is the subject of Urry’s final substantive chapter, though Offshoring is shot through with accounts of ocean-going neo-liberalism. Manufacturing is offshored, products are delivered to the Global North via “containers of desire” (p. 32), on ships whose disposal is offshored to Chittagong where shipbreakers die weekly (p. 126). Elsewhere offshore financiers hold oil tankers out at sea, waiting for over-priced oil futures to mature (p. 113). And so, if the sea is the archetypal neo-liberal fantasy, and offshoring the method by which the rich class wage war upon the 99 per cent and undermine democracy, the solution is clear: reshoring all of these processes and institutions.

In Urry’s conclusion, it is argued that reshoring labour, leisure, taxation, and energy production is the only way to change the course of this war and strengthen the ‘nation-state-society’. Urry’s proposed methods include constituting a low carbon, onshore civil society based on the new economic thinking associated with community currencies and alternative forms of wealth accounting.

Without wishing to disparage any such efforts in and of themselves, it is difficult to see how the ethereal offshore world can be reshored and reshackled to the state or civil society quite so easily. Perhaps the most glaring shortcoming in Offshoring is Urry’s easy association of neo-liberalism with offshoring and anti­-state economic policy – when neo-liberalism is better understood as an ideological practice that involves re-fashioning the state according to logics of self-responsibilization. It is difficult, then, to see how the state can act as a bulwark against the offshore. And, the appeal of Urry’s offshoring analysis notwithstanding, his book is written with a decidedly North Atlantic bias. One person’s offshore, is, after all, another’s onshore. In today’s highly enclaved – if not always offshored – world, those whom Urry calls the rich class are often just as likely to be hiding in plain sight, adjacent to the offshored shipbreaking yards, factories and waste processing sites upon which their wealth depends. The class war Urry describes is more often than not being fought on terra firma. 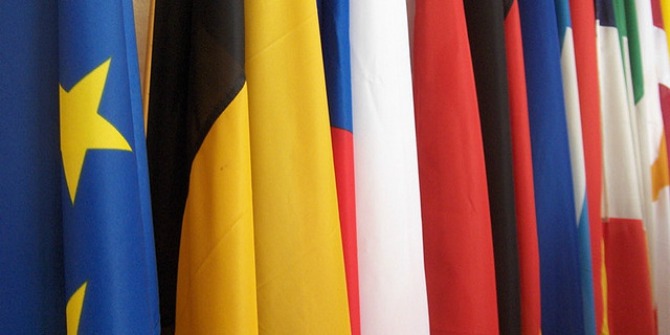