This book aims to consider the effectiveness of area-based initiatives in the struggle to address the links between education, disadvantage and place. It is written in a style which will find favour with practitioners seeking a clear link between evidence and policy, and postgraduate students and academics researching in the fields of community, local government, education, and disadvantage, finds Jon Dean.

The importance of space and place to policy initiatives aimed at tackling educational disadvantage is at the centre of this timely new book from three researchers at the Manchester Institute of Education. Through combining a broad sweep of previous literature, a wealth of enlightening empirical research, and thoughtful policy analysis and recommendations, the authors succeed in their stated aim of developing a rationale for a new approach to area-based interventions. What is particularly useful (and enjoyable) is the authors’ constant focus on combining theoretical and conceptual insight with practical ideas for how such interventions can be operationalised.

The authors focus on area-based initiatives (ABIs), often government-led but increasingly community-led policy programs where extra resources are directed specifically at certain areas to tackle either broad or specific disadvantage. Specifically, the authors argue for ABIs which, given that the importance of place in understanding educational disadvantage, are bespoke to the places in which they operate. This preference for community-led ‘maximal’ programs, which operate dynamically with an awareness of the ecological system in which they are based, may sound obvious, but through their examination of recent policy the authors demonstrate that many interventions have been designed without such considerations. Rather than ABIs designed narrowly to focus on raising a single indicator of attainment, the authors clearly articulate the need for long-term strategic thinking, collective action, and the need for policies to recognise the root of poor outcomes. At the heart of this is a new form of ABIs which serve in relation to agendas of ‘redistribution’ (tackling inequality) and ‘recognition’ (tackling stigma). In raising such issues, the authors are tying in to vital debates about the role of social and economic inequality as a cause of social problems, and the lack of legitimacy afforded disadvantaged communities.

The book’s structure is also a welcome challenge to the received wisdom of much academic publishing, with the original empirical research, gathered over more than 10 years actively engaged with disadvantaged communities, presented early on.

Chapter three seeks to explain the educational ecology of Stockborough (a pseudonym), a poor and poorly connected mill town in the North of England. It represents a beautifully constructed data chapter drawing on a variety of studies in which the authors were involved. The unequal spread of disadvantage throughout the town, where in some wards over 50 per cent of children live in deprived households and in neighbouring wards it is 10 per cent, is made clear, alongside the racial and ethnic divisions which have arisen, and which effectively segregate much local schooling.

As the researchers report, when the Local Authority proposed merging a school whose student body was overwhelmingly Asian with a school the majority of whose student population was white British (and increasingly Eastern European), there was very public opposition from both sets of parents and school leadership teams. ‘There was also a very tangible sense that the schools “belonged” to different ethnic-residential groups’ (p. 52). There are numerous similar examples examined here, and these tensions will be familiar to anyone who has researched the dynamics of school networks and their relationship to place. But what the authors do here so well is to empirically undermine centralised policies which fail to take account of these dynamics.

In presenting this data on deprivation, and tying this to the social and perceptual geography of educational values and school choice, the authors come to creative and relevant recommendations for intervening in local poor educational outcomes (p. 61-3). These include specific proposals on building community capacity (through working with the matriarchs of local Muslim families to encourage them to be more ‘outward-looking’ in regard to education), making the Local Authorities’ English as an Additional Language (EAL) resources more flexible to meet need as required, and, in what would be a kick against current government policy, breaking the hierarchy of schools through treating them as a system not as individual institutions. These sort of detailed recommendations only come from embedded and empathetic research, and this chapter enthrallingly explains how disadvantage and education operate.

One small criticism is that due, I’m sure, to the authors’ wish to present a clear unencumbered prose, there is a tendency to write of ABIs as if they are all the same. While early on the authors do affirm that ABIs are ‘far from homogenous’ and ‘not a static mode of intervention’ (p. 2) there is a tendency in the writing to gloss over these caveats. Further, the initial excitement of this empirical research is dulled slightly by chapters towards the end of the book, examining how ABIs must tackle evaluation and monitoring, and governance and accountability. These chapters, while obviously informed by the authors’ research, rarely make these links explicitly clear, and as a result do not directly explain how their recommendations would apply practically to the institutions, communities, and individuals whom were at the centre of their data collection.

However, the book is written in a style which will find favour with practitioners seeking a clear link between evidence and policy, and postgraduate students and academics researching in the fields of community, local government, education, and disadvantage. I would also not hesitate in recommending much of the text to undergraduate students, as the range of material covered in the two introductory chapters, on why place matters in education, are excellent sociological dissections of the social policy field. 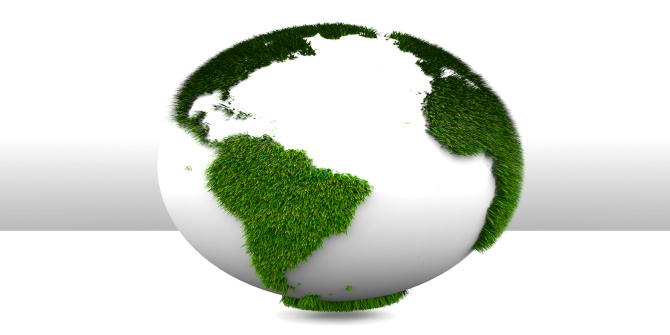