Bridging sociology and the growing interdisciplinary field of Asian American studies, this text will be of interested to undergraduate and graduate sociology students, especially those interested in race and ethnic relations, immigration, and social stratification. With chapters on identity, education, media, and much more, this book offers an overview of the main debates in the field and invites the reader to pursue further research on the subject, concludes Michail Zontos. Asian Americans are at the moment the fastest growing population in the United States. Many, even those who were born in the country, often encounter the disturbing question: “You speak English so well… How long have you lived in the US?”

At the core of Asian America lies the problem of why – and to what extent – such a discriminatory mentality exists in America, how it works, and how Asian Americans (examined in the book both in their pan-ethnic and ethnic identities) experience and respond to it. Moreover, Pawan Dhingra and Robyn Rodriguez, both distinguished scholars with great experience on the subject, offer a highly readable book which explores much more than the content suggested in its title. Indeed, the main questions of the book can be useful starting points of reflection for every scholar of race, ethnicity, and immigration: “how race shapes people’s lives; how immigrants gradually assimilate – or do not – to their surroundings; how transnationalism influences people’s social and economic opportunities; how small groups come together or engage in conflict; how people self-identify; what leads to academic success and failure; and more.”

In order to address these issues the authors draw both from sociology and Asian American Studies. They explore how and why inequalities occur, how Asian American experience is influenced by and influences institutions including family, school, politics in America, and what impact all these have on the construction of identities. The authors’ theoretical framework benefits from a variety of approaches that have been used in studying ethnicity within a multicultural context: assimilation theory, segmented assimilation theory, racial formation theory, pan-ethnicity and transnationalism. The authors draw from these while also rightly criticizing assimilation theory’s tenets that racial or broader inequalities do not exist in America and that success is the sole responsibility of the individual: a mentality which promotes the idea that there are able opportunities for everyone in the United States; an expression of exceptionalism that the authors convincingly refute. Indeed, the book challenges such notions of complacency by underlining that Asian Americans have historically experienced discriminations based on the social constructions of race, gender and sexuality. This reality shows that the American motto E Pluribus Unum can be problematic when being read through the lens of a master narrative which equals the term American with whiteness, Christianity, masculinity, and Anglo-Saxon ancestry.

A telling example that elucidates this argument is the discussion of two major stereotypes that have largely affected Asian Americans: the “yellow peril” and the “model minority” stereotypes. While the first is based on orientalism and describes Asian Americans as threats to the internal coherence of the United States, the second seems inclusive, as least on a first reading, as it depicts Asian Americans as a hardworking, intelligent and family-oriented minority that contribute positively to American society. Yet, as Dhingra and Rodriguez vividly show, these stereotypes are not necessarily conflicting.

Firstly, the seemingly positive “model minority” stereotype disguises differences in academic and professional achievement, caused by social problems. Moreover, it attributes success to race while neglecting the fact that US legislation favored immigration of highly educated Asians after 1965, something that had an impact on the educational levels of the community. Finally, it has been often used to present one ethnicity as superior to others (for example, as superior to African Americans which are supposedly less educated). Both stereotypes present generalizations which reduce Asian Americans into a monolithic entity and neglect the pluralism of their communities in terms of ethnicity, class, gender, and personality. By rejecting the multiple real problems that Asian Americans face, such stereotypes deprive them of their complexity and present them as perpetual foreigners.

In chapter 5, which deals with education, the authors convincingly show how this stereotyping affects Asian American students. By attributing the high level of their educational success to a strict Confucian parenting style (recall the debate caused by Amy Chua’s memoir Battle Hymn of the Tiger Mother), the “model minority” stereotype obscures the real reasons for such success: the belief in good education endorsed by many educated Asian Americans who came to the United States after 1965; good schools; supportive teachers and parents; and personal motivation. At the same time, such a reading neglects increased stress and difficulties that Asian American students encounter, and the differences in educational levels, even within ethnic groups that are considered successful in general. Praising the achievements of Asian Americans, the authors argue, can be done without using fictional generalizations.

These are only a few aspects that Asian America touches upon, which are already enough to show its solid critical approach. One excellent chapter explores the history of Asian immigration to the United States, in which the authors highlight the often neglected relation between American foreign policy and immigration flows towards the country. Others deal with identity, representations of Asian Americans in popular culture, issues of citizenship, identity, inter-minority relations, family, class and social movements.

The panoramic view that the authors adopt is the greatest strength of this well written study. Oddly, at the same time, it may be its major shortcoming. Throughout the book’s pages the reader is often left with the feeling that some issues could have been scrutinized in more detail. Nevertheless, by exploring a variety of themes connected to Asian American experiences through a sociological lens, the book offers an overview of the main debates in the field and invites the reader to pursue further research on the subject. As a result, both undergraduate and graduate students will find it of great value. Beyond the academic level, the book succeeds in another aspect, which the authors themselves consider important: the promotion of social justice by drawing attention to inequalities that still exist in a supposedly post-racial America.

Michail Zontos holds a BA in International and European Studies (University of Piraeus), an MA in International Relations and Strategic Studies (Panteion University) and an MA in American Studies (Utrecht University). He is currently a PhD candidate at Utrecht University. His dissertation focuses on perceptions of Europe in the work of American historians Frederick Jackson Turner and Charles Austin Beard. He studied in the Netherlands as a scholar of the State Scholarships Foundation of Greece. 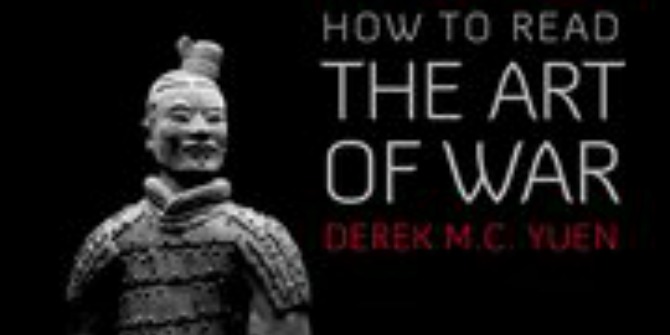