Focusing on the working-class experience of gentrification, this book re-examines the enduring relationship between class and the urban. Harriet Fildes finds that Kirsteen Paton articulately critiques the gaps in existing research and makes a valiant and thought-provoking effort to contribute to the literature, offering a new conceptualization of gentrification as not only an economic project, but a cultural and moral one aimed at restructuring places and people.

This book provides a much needed challenge to our top-down, one-sided and dichotomous way of thinking about gentrification by taking social structure and the everyday lived experience of those peoples subject to, but also an aspect of, the homogenizing tide of gentrification as the primary point of analysis.

Throughout the book, Kristeen Paton, a lecturer in sociology and social policy at the University of Leeds, provides an ambitious and lucid exploration of the micro-practices of this structural and subjective process of cultural, ethnic and class-based stratification, detailing how working-class people are being excluded, displaced, and quite possibly dispersed not just due to market fundamentalism, but as an ideological policy tool, or as a “key weapon in the neoliberal arsenal of regeneration across the world; a global urban strategy”.

This book is a must-read for students of urban sociology, socio-spatial studies, cultural class theory and more generally, Marxist and Gramscian political theory. It offers an insightful discussion of how both the causes and the effects of ‘urban restructuring’ far exceed their economic roots and are instead reflective of a hegemonic project to entrench modernity, and its composite parts, spatially, socially and temporally in order to produce neoliberal, materially-orientated (working-class) consumers. Paton offers an astute philological deconstruction of the gentrification discourse as well as in-depth case-study analysis of phenomenological concepts such as class-consciousness, identity, and political culture in Glasgow. These cases provide the empirical context for illuminating conceptual and theoretical discussions of urban restructuring, modernity and the hegemonic state in post-industrial England and Scotland, and the socio-economic ramifications ever shifting productive relations between state, capital, and labour.

The body of the text consists of five rich chapters which develop the gentrification problematic theoretically, conceptually, and empirically. Chapter one, “Restructuring Theory”, examines in detail how gentrification, regeneration and urban restructuring are not only economic processes aimed at managing de-industrialisation and the “crisis of Fordist capitalism” but also cultural (or biopolitical, although not explicitly noted) strategies aimed at “regulating working-class behaviours and practices”; a class project aimed at co-opting and civilizing the working-class identity in order to promote consumer citizenship. Paton proposes gentrification as the intermediary linking these two processes. She demonstrates the necessity of examining both the conditions and the function of hegemonic rule and the entire complicit, coercive, and consensual process of state and civil society level socialization of a political and social order tailored to suit the needs of the ruling class.

However, a more encompassing review of the literature (Giddens and Foucault in particular) covering the structure-agency relationship in both social class based and economic terms would have been useful before Paton could have more forcefully and informatively demarked the space for a new analysis of hegemony. She does however rightly point to a gap in the research on hegemony regarding the practical and empirical application of this theory, further critiquing the enduring problem of dualistic analysis. To rectify this, Paton proposes a two-pronged approach which considers the dual aspects of hegemony; structural hegemony and surface hegemony of actual projects, which she will apply through case-study ethnographic research. She later proposes a final aspect of this, that of the aforementioned ‘emergent culture’, examining the everyday lived experience of post-industrial working-class subjectivities. Although manageable, Chapter one is perhaps a little conceptually confusing and focuses too much on polemical debates and principles surrounding this issue rather than specifically addressing the shortcomings of class analysis. Furthermore, more information on the praxis of and rationale for the methodology as well as more adequate explanation of the tables used would have been useful for students of ethnography and sociology more generally, but specifically for those who are engaged in the emerging and interdisciplinary field of New Working Class Studies (NWCS).

In Chapter two, “Restructuring Class Identity”, Paton seeks to rectify the alienation of class-analysis within sociology, but also working class peoples own disassociation with class identity and the expansion of individualisation and social atomisation/ fragmentation within the modern world resulting from a government/ corporate strategy to abolish civil life. According to Paton, the ontological and material erasure of class distinctions, or the ‘end of class’, yet also of the stigmatisation of the working class, is functional formula of the state’s hegemonic project to abolish class opposition and re-articulate the relationships between working class people and space in a value-laden and profit based lexicon of economics premised on perpetual growth and “consumer citizenship”. This, according to Paton has led to the wholesale rejection of class identity with working-class actors instead embracing and constructing, a neoliberal identity. This chapter explicitly outlines changes in class-consciousness in Glasgow from a humanist perspective on the disassociation between cultural, ideational, gender/ sex-based analysis and material/ economic forces, stating that the locale is the perfect site in which to explore the intersection of all these elements in relation to urban restructuring as a hegemonic neoliberal project. She situates her research at this level as purportedly it is most revealing of micro and macro aspects of hegemony; where both processes of restructuring and resistance can be viewed.

Overall this analysis is commendable in its focus and scope, encompassing an impressive range of theoretical and empirical information, with in-depth analysis of the broader conceptual issues relating to this debate such as power, hegemony and control. In regards to this book’s contribution to the field, Paton articulately critiques the gaps in existing research and makes a valiant and thought-provoking effort to fill the aforementioned, offering a new conceptualization of gentrification as not only an economic project, but a cultural and moral one aimed at restructuring places and people.

Since the recession, there has been a proliferation of views on gentrification as the panacea to all. As such, this book is a timely addition to a recently re-ignited debate, offering a thorough deconstruction of this redemptive and reductionist discourse which is not only novel, but arguably has actual practical application, encouraging those subjected to, and involved in, gentrification to question the function and value of this as an urban policy.

Harriet Fildes is a social-scientist from the University of Edinburgh, having studied International Relations for her advanced degree at SOAS. She has worked as a research assistant at Bilkent University in Turkey and for various NGOs in the UK, Turkey and India. She is currently doing her Ph.D in Islamic and Middle Eastern studies, researching the relationship between civil-society and foreign policy formation under the AKP. Her main research areas are foreign-policy in the Middle East, the politics of collective action and the socio-political impact of local and global civil-society organisations. Read more reviews by Harriet. 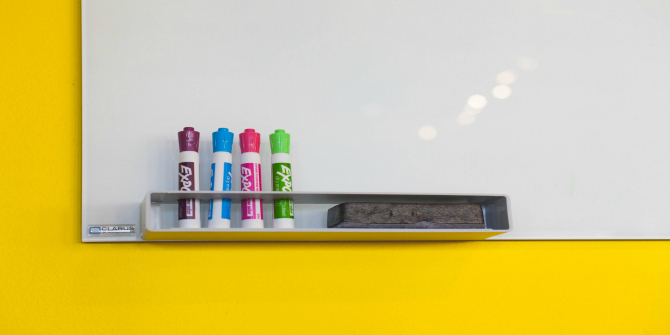