Book Review: The Architecture Chronicle: Diary of an Architectural Practice by Jan Kattein

Book Review: The Architecture Chronicle: Diary of an Architectural Practice by Jan Kattein

Andrew Molloy finds The Architecture Chronicle to be a fascinating and provocative book which challenges the traditional approach to writing about and describing architecture. It dispels the myth of the individual genius, while at the same time describing in detail what architects do, revealing the genuine value they bring to the construction process. This volume would be a great read for new students of the profession, allowing them through the doors and making them acutely aware of their responsibilities and potentials.

Many authors who write on architectural practice have a tendency to describe the profession from the point of view of the objects created. Personal favourites are John Pawson’s Works and Alvaro Siza’s Complete Works, and in Jan Kattien’s The Architecture Chronicle: Diary of an Architectural Practice it is Rem Koolhaas’ S,M,L,XL that is used as an example. Architectural designs are presented as fully realised ideas; flawless, polished, and complete. While these may serve as beautiful showcases of the architectural ‘art’, they also serve to mystify the architectural process, making the profession daunting to students attempting to penetrate the hermetically sealed genius of the Architect-with-a-capital-A, while also leaving other construction professionals wondering what it is architects do. Kattein’s Chronicle exposes architecture as an inherently human practice, which, while readily accessible to all, requires the deft balancing of invention, activism, and arbitration.

The Chronicle is split into two distinct parts: ‘Diary of an Architect’ and ‘The Characters of the Architect’. In his introduction Kattein posits that architects assume three character roles, an idea hinted at throughout the diary but not fully explored until the second part. The diary itself documents five projects occurring between December 2003 and February 2006, none of which could be described as traditional architectural projects. Rather than buildings or public spaces, we are told about four Opera set designs and an experimental street lighting project described by Kattein as an ‘urban intervention’.

It is suggested that the reason for not including a building project is to “[reflect] on the role of the architect from outside the profession” (p.178), and there are possibly myriad other more practical reasons (timescales, issues of personal and legal discretion, etc.) but the selected projects perfectly describe the role of the architect within a larger design team, acting as microcosmic representations of larger construction projects, with similar relationships, obstacles, and pitfalls with the benefit of being much more concentrated as the causes and effects of decisions feel more immediate.

The projects themselves are fascinating insights into the mind of a young designer, and one can observe a growing confidence with each project as Kattein gets to grips with his own unique design ethos. The first two projects documented are set designs for avant garde productions of the classic Operas ‘Kabale und Liebe’ and ‘Le Nozze di Figaro’. In ‘Kabale’, Kattein is involved with almost every aspect of the production, working closely with the director and costume designer as well as interacting with the cast as the design and construction of the set overlapped with, and responded to, the process of rehearsals. The designer’s intense involvement in the production allowed him to play a game exploring the relationships between set and theatre, cast and audience; ideas which strike close to key architectural questions relating to individual and collective attitudes to built situations and the role of the designer in facilitating or limiting these relationships. The diary concludes this project by explaining “Kabale und Liebe engages the audience by questioning the rituals that have become associated with a visit to the theatre” (p.37).

The design for ‘Le Nozze di Figaro’ however, found the designer in a much more limited role, and Kattein’s frustration at this is clear to see. The production was organised as an entry for the prestigious Ring Award, a bi-annual stage design and directing competition run by the Wagner Forum. As the production progresses through the competition, Kattein as stage designer appears to be precluded from the process of construction and one gets the impression that the red tape of the competition process makes the project less enjoyable for the designer. Unhappy with simply submitting drawings to stage builders and withdrawing, Kattein describes setting up a “secret repair-workshop…behind the rehearsals stage” to enable him to adjust and in some cases totally rebuild the set “in accordance with the original design intention” (p.84).

While the intricacies of each project are fascinating and the passion and honesty expressed throughout the diary is illuminating, Kattein’s main thesis on ‘The Characters of the Architect’, an analysis of the seemingly divergent roles an architect needs to assume concurrently throughout a project, is the most engrossing section of the Chronicle. Mentioned throughout the diary, these ideas are not fully explored until this final part, which reads like more traditional academic writing and is arguably more theoretically intense than the rest of the volume. Each ‘character’ – architect-inventor, architect-activist, and architect-arbitrator – is described with examples taken both from the diary and a range of theorists. What emerges is a clear manifesto on how Kattein believes architects should practice.

The inventor is a “perpetual designer” who challenges the societal norms inherent in the design-brief by being “a step ahead, socially aware and technologically advanced” (p.180), enabling him/her to (re)interpret the client’s expectations and, in doing so, exceed them. The activist rolls up their sleeves and participates in the construction process, engaging in a seemingly endless cycle of concurrent designing and making, responding directly to the unfolding demands of brief, site, and availability of materials. The arbitrator understands that, as the architect’s role “emerges from the…requirements of designing with the intention of having a building built by others”, his or her role is to “convince or engage the other team members” (p.193). Each character, explains Kattein, needs to act in concert, and a balance is required between solo auteur and fully democratised design-team. The first two projects described in the diary fall neatly into these two opposing approaches. The other design projects become more nuanced and balanced as the designer’s understanding of this dichotomy develops.

The Architecture Chronicle is a fascinating and provocative book which challenges the traditional approach to writing about and describing architecture. It dispels the myth of the individual genius, while at the same time describing in detail what architects do, revealing the genuine value they bring to the construction process. This volume would be a great read for new students of the profession, allowing them through the doors and making them acutely aware of their responsibilities and potentials. Additionally, the Chronicle should prove equally as inspiring to the practising architect who has perhaps started to feel peripheral to a construction process which, being largely centred upon financial returns, increasingly maligns creativity and risk-taking. 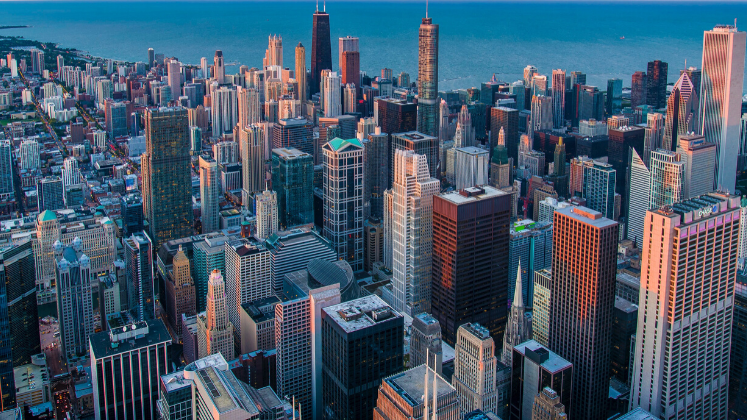