Derek M Yuen aims to offer readers a fresh and comprehensive analysis of Sun Tzu’s celebrated treatise The Art of War. Gavin E Hall recommends the book to those interested in strategic commentary. “As yin and yang are at once interconnected, interpenetrating, and interdependent in an uninterrupted manner, the polarity of the situation essentially rests in them (or the yin-yang continuum).” (p. 16)

Whenever an individual undergoes a new experience there is a point that is known as the light bulb moment. This occurs when the individual moves from participating in an experience to understanding the experience. In other words, a richer and deeper involvement is gained post-light bulb moment. It is likely that reading Deciphering Sun Tzu: How to Read the Art of War by Derek Yuen is very much a light bulb moment for commentators on Western strategic thought, as the quote at the start of this review highlights the secret of the Chinese dialectical system and why it is predisposed to strategic thinking.

For unfamiliar readers, Sun Tzu was a Chinese military general who lived in the era of 550 BC to 500 BC in what is referred to as the Spring and Autumn period (722 to 481 BC) and immediately prior to the Warring States Period (481BC to 403 BC). He was one of several strategic commentators of the time, yet his military treatise The Art of War remains the most influential. Traditionally it is viewed in terms of the 13 Chapters, however, there is evidence that more chapters existed and today’s publications include subsequent writings, letters and other musings. Chairman Mao credited The Art of War as being central to his securing of power.

Yuen divides Deciphering Sun Tzu into six chapters that can be further subdivided into three distinct arguments. Chapters 1 to 3 focus on placing Sun Tzu within its appropriate context; to gain a true understanding of Chinese strategic culture we must also understand “language, culture, history, and philosophy” (p.13). Chapters 4 and 5 explore the traditional Western perspective for examining Sun Tzu and argue that there is little distinctive difference between The Art of War and Carl von Clausewitz’s On War. Chapter 6 explores China’s strategic cultural paradigm to provide a critique of Western understandings of Chinese strategic thought. This review will focus on each segment in turn.

On the surface, Deciphering Sun Tzu appears to be such a new piece of work that comparison and analysis is tricky. The strategic literature is well defined. Not since Martin van Creveld’s On Future War has there been a serious attempt to break the stranglehold of the Clausewitzian Trinity on Western strategic thinking. However, the philosophical segment of the book is arguably the most important.

This is not a new argument, or indeed one distinct to Sun Tzu. The chances are that the reader will be aware of some Clausewitzian maxims and may have read On War. Indeed, this is the problem, as the Howard & Paret version , which is dominant in the West, demonstrates a free approach to translation and reinforces the dominant focus on war as a political instrument to suit our present nuclear weapons-led world. A change in the context of which a book is read and understood, and subtle changes in the language, can distinctly alter the message being received.

Chapters 4 and 5 focus on the notion that Clausewitz and Sun Tzu are not mutually incompatible but rather that a synthesis can be used to enhance overall strategic understanding. Yuen is particularly influenced by Basil Liddell Hart’s The Strategy Indirect Approach, and John Boyd, who sadly never published his manuscripts but whose OODA (Observation, Orientation, Decision, Action) Loop is well known. Yuen focuses on these two authors as their ideas on warfare can be viewed through a Sun Tzu lens without too much alteration or re-modelling. The same does not hold true of the wider strategic commentators in the West. Therefore, Sun Tzu and Clausewitz may have a degree of synthesis within certain conditions and situations; however, the argument that they are not distinctly different cannot be said to be conclusive.

Does the West fully appreciate and understand the intricacies of Sun Tzu? Probably not. For example, Sir Lawrence Freedman denotes five pages out of six hundred out to Sun Tzu in Strategy: A History. Does this actually matter?

Yuen is clearly attempting to influence Western decision-makers to have a deeper, more considerate, understanding of the Chinese position on a given range of issues. The basic premise is that China is an important global power and its ideas must be taken seriously as it transforms into a hegemonic position. The problem for the West is that if Chinese holistic approach to strategic culture is not understood along the lines Yuen highlights then it will not realise it is even in a confrontation, or how to compete, until the outcome has already been decided.

Deciphering Sun Tzu is primarily geared to the experienced strategic commentator as knowledge is needed to grasp some of the subtleties of the argument put forward. However, an inexperienced reader on the subject would still be able to gain the importance of understanding different culture and perspectives in which something is written, but they may lack the depth of knowledge specifically targeted in the book.

If you are still curious about whether to pick up and read this book, then the words of Sun Tzu himself should help you to decide:

As an aside, for anyone that wants the best translations (most accurate) of On War and The Art of War together in one book then you should purchase The Book of War.

Gavin E L Hall is a Doctoral Researcher in the Department of Political Science & International Studies at the University of Birmingham. He maintains an interest in future technology and warfare alongside broader international security questions. His main focus of research is the role of NATO in the provision of cyber-security. Previously Gavin obtained an MA in Terrorism, International Crime & Global Security from Coventry University and a BA in War Studies from King’s College, London. You can follow him on twitter @GavinELHall. Read more reviews by Gavin. 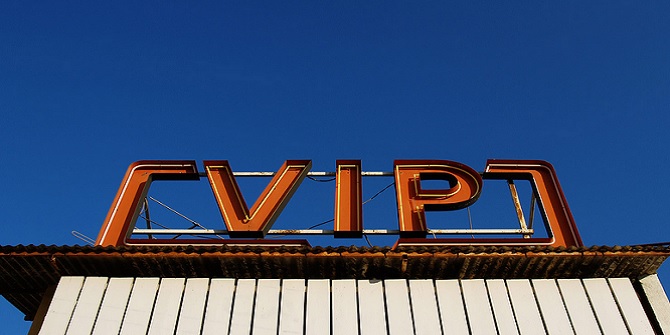