This is an important contribution to debates around museums today, and a book that consistently asks intelligent and challenging questions of museum critics, practitioners and audiences, writes Richard Martin. 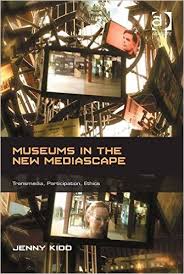 What do we want from museums today? How do we expect to experience, engage with or even produce the materials on display, in both physical and online environments? Who constitutes a museum’s audience and where are they now located? In recent years, observers such as Nina Simon have promoted the idea that visitors should be participants in the museum rather than simply consumers of its activities, while other critics, most notably Claire Bishop, have questioned the values attributed to participatory practices while calling for a more politically engaged approach from institutions.

In Museums in the New Mediascape, Jenny Kidd, a lecturer at the Cardiff University School of Journalism, Media and Cultural Studies, intervenes in these debates with a detailed focus on museums’ engagements with forms of digital media. In assessing how institutions across the UK and internationally are making use of new technologies, Kidd explores broader social and political questions concerning the purpose and value of museums today, and the notions of participation, memory, democracy and empathy that their activities engender. At the heart of the discussion is an on-going debate around the nature of the museum experience: what does it mean to be a visitor or to be ‘engaged’ by a museum?

Kidd’s starting proposition is to see the museum as a form of media, and to call for museum professionals to critique their own role as media producers. Indeed, her first chapter, which draws heavily on the work of Henry Jenkins, argues that we should think of the contemporary museum as a transmedia text involving forms of interlinked storytelling extending across multiple platforms. Especially interesting is her suggestion that a more fragmentary approach to narrative at museums might result in “serendipity, losing one’s way, encountering conflicting versions of events and not expecting them to be reconciled, even unexpected surprise” (p.36).

The six chapters that follow examine different aspects of digital media and museums, drawing on a remarkable range of theorists working across many disciplines (especially Museum Studies, Media Studies and the burgeoning field of Digital Humanities), as well as the author’s own empirical research. Kidd discusses how museums now use social media to create conversations with their audiences, emphasizing the value of institutions speaking with multiple voices. She discusses the growth of user-created content within museums, the struggles concerning authorship that this entails, and whether it signals a “more active and vibrant democratic participation” (p.69). As ever, though, the question of payment hovers over these questions: if audiences are to become authors and creative practitioners within the museum, how will their labours be compensated? The recent ‘Wages for Facebook’ manifesto provides further evidence of increased skepticism about the economics of digital content.

Perhaps the most compelling examples in Kidd’s book concern the status of personal narratives in the contemporary museum. Kidd outlines the Culture Shock! digital storytelling project that began in 2008 in the North-East of England collecting memories from people in the region. This is a fascinating and often moving case study, though Kidd’s suggestion that “we are rarely, if ever, encouraged to think crucially and critically about the nature of our self”, and that “a concern for the personal” is often “dismissed in favour of dialogue about community and inclusion” (p.80), seems strange within a digital and economic context in which individualism and constant self-fashioning are prioritized above social goals or collective reflection. Her account of the Australian Centre for the Moving Image’s project 15 Second Place is also enlightening, especially as the short videos that people produced about meaningful spaces and places in their lives “were stiller, more reflective and more cryptic” than anticipated (p.81). The assumptions of speed, movement and superficiality that commonly accompany digital practices are contested here.

Later chapters focus on the role of interactive displays in museums and the connections they create with conventional exhibitions, and on museum games and the notions of empathy they may provoke, before a final section explores the idea of the museum as a “mashup, a site of active consumption, micro-creation, co-creativity and remix” (p.117). This conclusion opens up possibilities for collaboration and experimentation, and asks whether the ultimate success for a museum within this context would be to render itself invisible.

It is a shame that the book’s analysis is not supported by more than the five black and white images reproduced, especially as Kidd describes some fascinating ways in which museum spaces have been reconfigured by digital technology. At the same time, her language does occasionally slip into a familiar form of institutional cliché – such as a reference to the “scaling up of a museum’s offer” (p.34) – that seems somewhat at odds with a desire for more playful, immersive and creative institutions. In addition, this relatively short book (just 134 pages plus a lengthy bibliography) incorporates references to so many theorists across various disciplines, and is so thorough in its overview of contemporary museum practices, that Kidd’s own authorial stance often feels frustratingly obscured. When she does make explicit interventions into the field – especially in her opening statement on the transmedia museum and in the final discussion of remix and mashup culture – the insights are particularly valuable. Still, this is an important contribution to debates around museums today, and a book that consistently asks intelligent and challenging questions of museum critics, practitioners and audiences.

Richard Martin works at the intersections of film, art and architecture. He is the author of The Architecture of David Lynch (Bloomsbury, 2014), and his articles and reviews have appeared in the European Journal of American Culture, Senses of Cinema, Apollo and The Modernist. Having completed his PhD at Birkbeck, University of London, where he taught literature, visual culture and critical theory, he is currently a Teaching Fellow at King’s College London and a Visiting Lecturer at Middlesex University. He is also the organiser of a series of public events and courses at Tate Modern. His website is richardgmartin.org. Read more reviews by Richard. 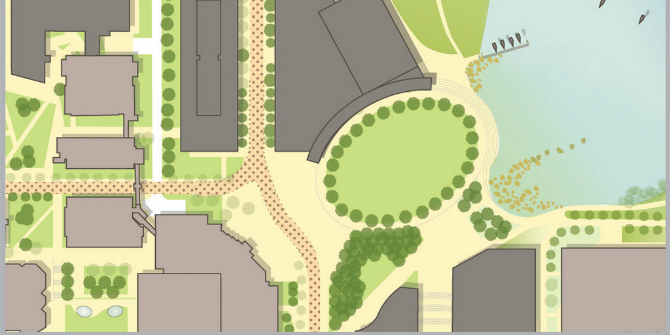