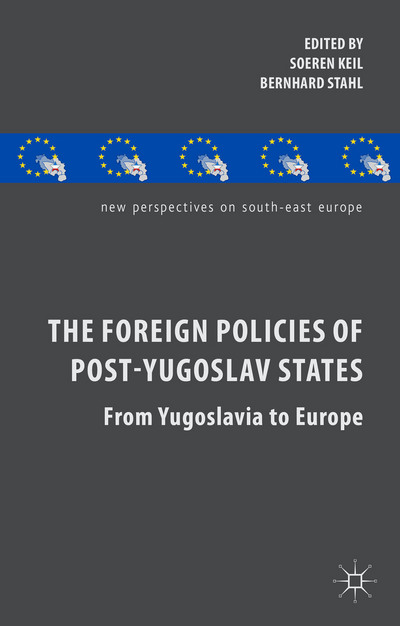 The painful dissolution of Yugoslavia in the early 1990s and the subsequent civil wars and multilateral interventions (culminating in the NATO bombings of Serbia in 1999) led a wide-range of scholars to conduct research into the post-Yugoslav states. One prominent strand of this research focussed on the integration of the post-Yugoslav states into the European Union. However, as Keil and Stahl point out, editors of this volume, academia has too often treated the post-Yugoslav states as passive objects in the EU enlargement process which served only as a playground for multilateral experiments. The authors attempt to expand the assumed agency of post-Yugoslav states in enlargement process by shedding light on the development of their active foreign policy. They start with the assumption that the seven successor states of Yugoslavia are autonomous actors in a globalised and heavily interdependent world. Thus, they are not mere passive recipients of conditionality that follow the demands of international actors such as the EU, NATO, the USA and Russia. On this basis, the book tries to add to the foreign policy analysis of how in similar circumstances of departure, different states can arrive at various outcomes within a short time-span. As a case, it looks at how the post-Yugoslav states differ in reaching their arguable number one foreign policy objective: integration into the EU.

In going about this task, the book shows two main strengths. First, the contributors to this volume manage not to reduce their analysis of the foreign policy of the post-Yugoslav states to classical state institutions. In the chapter about Serbian foreign policy, Mladen Mladenov for example pays great attention to the high fluctuation of state institutions in what is today known as Serbia. Whilst in the early 1990s Serbia was still organised with the institutions of Yugoslavia, by 2006 Serbia’s territory had shrunk considerably and the state’s organisation and constitution had changed from including Serbia and Montenegro to just Serbia; thus, reducing Serbian foreign policy to only ‘Serbian’ institutions would not have been possible. The same is true for the rest of the post-Yugoslav states. During the process of state formation, many sub-state and international actors were involved in formulating the foreign policy of these states. One particularly interesting case in point is Kosovo: whilst Kosovar leaders from as early as 1991 tried to pursue an independent foreign policy for Kosovo, it was only in 2008 that the legitimacy of such action was partly recognized by the international community. And because Kosovo is still not fully accepted as an independent state, there are still international institutions such as the United Nations Interim Administration in Kosovo (UNMIK) involved in Kosovo’s foreign policy representation. Thus, the contributing authors to this book manage to integrate the richness of foreign policy actors into their analysis by including non-state actors.

The second strength of this book is the analytical rigour attached to its historical references. Whilst history does indeed shape the foreign policy of the post-Yugoslav states, it is not the only constituting factor. Again the chapter on Serbian foreign policy should be mentioned: much of the literature about Serbian politics has reproduced the narrative, also employed by Serbian nationalists, that Serbia is, historically speaking, a great power. Whilst such historical experiences most certainly have shaped the foreign policy identity of decisionmakers, discussing them too extensively would impact the elegance of the argument. Mladen Mladenov manages to perfectly interweave historical experiences into the analysis of Serbian foreign policy where more explanation is needed without getting carried away. Especially with the introductory chapters that explain Yugoslav foreign policy, this volume thus makes for a strong analysis of post-Yugoslav states’ foreign policy without losing the connection to history and the reality on the ground.

It is this analytical rigour that can, however, also be criticised. One of the major issues caused by the desire to develop a slim, elegant argument is the idea of a joint departure point for integration within the EU. The idea that all former Yugoslav republics started from the same political and institutional point after the dissolution of the federal state is too convenient. Firstly, independence and state formation did not occur simultaneously in all post-Yugoslav states. Whilst Slovenia and Croatia started and succeeded early in this process, Serbia, Montenegro and Kosovo all only assumed their current constitutional status a few years into the 21st century. Secondly, the historical experiences that predated or accompanied the independence of these states also influenced their starting point. Take, for instance, Kosovo which experienced much greater independence under Tito than under Milosevic, which in turn also influenced its own foreign policy once it embarked on its struggle for independence.

Putting this minor criticism aside, the book is highly recommended. Not only does it achieve its goal of shedding light on the active role the post-Yugoslav states assumed in their quest for integration into the EU, it also raises further questions for the EU, its member states and those states wishing to become a part of it. For example, what is the relevance of the EU as a security actor? This is particularly important in a time in which the role of the EU as an international organisation is subject to increased suspicion not only by outside powers such as Russia, but also by some parts of its own citizenry.

Sonia J. Wieser is an MSc International Relations at the LSE and holds a BA in Political Science and Communication Studies from the University of Zurich. She is particularly interested in Russian foreign and security policy and its consequences, feminism and gender studies, and the linkages of tech with international relations. 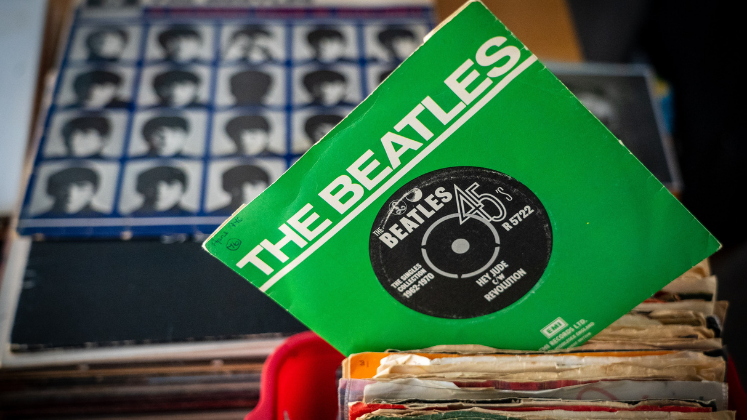