Being German, Becoming Muslim is the result of the author, Esra Özyürek’s research on converts to Islam in Germany, a country which remains suspicious about embracing the religion. The book provides a close look at the struggle facing German converts to prove that they are still part of German culture, and their attempts to distance themselves from immigrant Muslims. Aysegul Kayaoglu writes that the book is an original and illuminating analysis, and recommends it to anyone interested in race, religion and conversion in Germany.

In her latest book, Esra Özyürek, an associate professor at the European Institute at the London School of Economics, presents the results of her three-and-a-half years of research on German converts in Berlin. With around 4 million Muslims and 100,000 converts to Islam, Germany as a whole remains suspicious about embracing Islam. “Germanness” (and/or Europeanness) and being Muslim are seen as mutually exclusive identities, both by the mainstream in German society and by lawmakers. In a climate where anti-immigrant protests and anti-Muslim groups such as Patriotic Europeans Against the Islamization of the West (PEGIDA) are on the rise, German converts to Islam have an additional challenge: they not only struggle for acceptance from their own friends and family but they must also prove to everyone else that they are still German. Özyürek’s book is well timed in this climate for those concerned with the issues of Islam, race and conversion in Germany and Europe as a whole.

The introductory chapter provides a picture of Islam in Germany – how it is perceived and downgraded to a racialised religion and how German converts posit themselves in this exclusionary ‘homeland’. I believe the chapter would have been more complete had it mentioned Islamic groups for immigrants (e.g. Milli Görüş, Hizmet Movement, Diyanet etc.).

In the effort to “give Islam a German face”, which is the title of Chapter 1, we observe that German converts try hard to educate both mainstream society and immigrant Muslims; in order to rid the former of their prejudices and to change the latter into better Muslims and Germans. This struggle is also fueled by the Islamophobic behaviors in contemporary Europe and Germany which lead converts firstly to prove that after their conversion, they are still part of the German culture and not at all an immigrant class; and secondly to distance themselves from immigrant Muslims and reject the traditionalized and nationalized definitions of Islam by Germanifying it. In this respect, converts themselves both racialise and marginalise immigrant Muslims.

Following this discussion, Chapter 2 is about the ways German converts distance themselves from immigrant Muslims, specifically from Turkish immigrant Muslims such as by choosing to live in non-Muslim neighborhoods, dressing differently, and by demonstrating their proficient German. In the author’s words “in trying to attain this pure Islam and save Islam from its negative associations, they reproduce or even further the already-existing racist prejudices against immigrants. The idealised untainted Islam they promote leaves the poor, uneducated immigrant Muslims in Germany, especially Turks, to bear the full brunt of the racialised stigma of Islam”. In fact, the way they distance themselves from Muslim immigrants is a new form of racialising Muslims within Muslim community and cleansing Islam from traditions of Turks and Arabs and arguing that this pure Islam is building on the German Enlightenment, these German converts do not only denationalize Islam but also renationalize it with German (and European) culture and traditions.

In the last chapter of her book, Özyürek analyses in detail why Salafism, the most radical form of Islam and the form most associated with terrorism by German authorities, has a huge attraction from German converts especially in the early years of conversion. The author argues that it is not because of a long-held assumption of alienation but because certain characteristics of Salafism make it the more attractive and welcoming to new converts. Those characteristics include a focus on a free interpretation of Islam stripped of any national traditions including.

Each chapter presents a different area of challenge for German converts with lively narratives from them which makes the book easy to read and eloquent as it makes you feel in their stories without being lost in theoretical discussions. Those narratives of German converts throughout can be summarised by the book’s very first sentence: “I would never have become a Muslim if I had met Muslims before I met Islam.” Here one can find the we/them and our Islam/their Islam dichotomies that you find in Germany as a whole. On top of that, converts further marginalise immigrants by using a Eurocentric discourse.

The book, in fact, does not provide any explanation about why German converts are so much state-minded, and retain these prejudices only towards immigrant Muslims and why they blame only them for their current situation (e.g. high unemployment and low levels of social capital) rather than state policies (including the policies of Turkish state towards their citizens in Germany). It is interesting to see that German converts who are part of the Islamic community in Germany, if we can speak of any, are doing exactly what German state is doing to immigrants with its policies of multiculturalism; creating parallel societies by drifting immigrants (Turkish immigrants especially) away from the mainstream society. In fact, until the law changed in 2000, it was totally impossible for Turkish citizens and their German-born children to obtain German citizenship. Today there are still only about 800,000 out of 3 million Turks who have citizenship. Therefore, it is not fair to expect those immigrants to leave their traditions and cultural habits while the German state still views them as outsiders.

The author should have also focused on the perceptions of immigrant Muslims towards German converts to round out the book’s theme. Despite this, Özyürek provides an original and illuminating analysis which comes recommended to anyone interested in race, religion and conversion in Germany.

Aysegul Kayaoglu is an Assistant Professor in Economics at Istanbul Technical University, Turkey. She earned her PhD degree in Economics in 2014 from Université Catholique de Louvain, IRES (Institute de Recherches Economiques et Sociales) and her thesis was on the Policy Implications of International Migration. She is also a graduate of the European Doctoral Program for Quantitative Economics in 2014 during which she studied at London School of Economics and she was a graduate teaching assistant in the Departments of Economics and Management. Her main research interests are development economics, population economics, and informal institutions but she also has publications about the integration of Turkish immigrants in Europe and Islamophobia. You can follow her on twitter @aysegulkayaoglu. Read more reviews by Aysegul.

Author Esra Özyürek gave a public lecture about her book at the LSE; you can listen here.

Posted In: Europe and Neighbourhoods | Law and Human Rights | Philosophy and Religion | Sociology/Anthropology 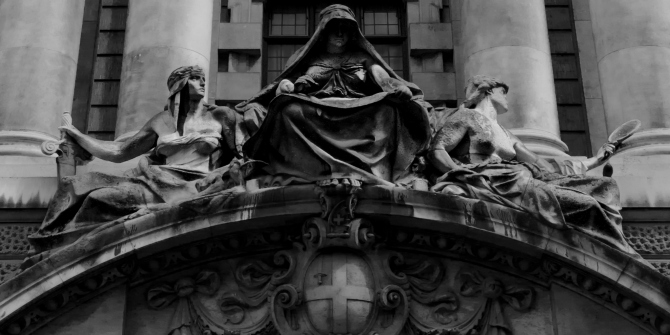 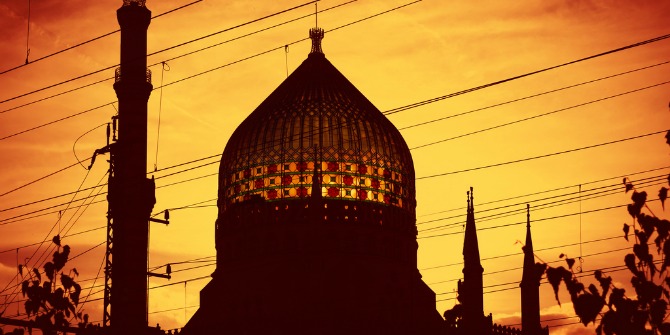