In Victorian London the social survey was born when it became apparent that quantitative data, such as that collected by governments in a census survey, could not address the ills of that city’s impoverished neighbourhoods. Furthermore, qualitative data provided by middle class bureaucrats formed only part of the picture and, often, a biased one at that. In order to contextualise both problems and solutions, social surveys in the form of interviews with residents themselves were proven to be more effective. Finding themselves at a similar crossroads in late twentieth century America, researchers and community activists began to question how best to address the ills of that country’s impoverished neighbourhoods. Indeed, after decades of reform efforts, like much of the ‘developed’ world, America remained haunted by centuries of the identification of social ills and attempts to address them and resolve them, often with limited success.

The book is comprised of chapters written by the three authors, and each chapter is accompanied by essays from an extensive list of contributors to extend the foundational content of the chapter. One essay in particular sheds light on the range of data needed to address what ails a community beyond that which is visible. This contribution is from Hedy Chang, director of a national initiative designed to address chronic school absenteeism and is aptly titled “A Solvable Problem Hidden in Plain View”. Chang describes how chronic student absences impact not only the lives and futures of the students and schools, but, ultimately, the community beyond the school’s walls. Community-based initiatives, according to Chang, can help schools to conduct the research needed to identify and remedy “local attendance barriers” which may be less obvious than research on proper crosswalks. She stresses that research is also needed to identify the success stories of schools in troubled neighbourhoods so that replication of local programming that works may be carried out at other schools. Ultimately, she offers, what might be thought of a school-based problem is not “created or solved by schools alone”.

For those interested in the potential of information and communication technologies in this area of research and policy development, the essay “Mashup City” by Greg Sanders, an information architect and a technical director at the University of Chicago, is invaluable. Not only is the technical jargon deconstructed, but the chapter serves as a guide for using the internet, datasets and ICT that extends to other areas of social research and action. Despite the opportunities ICT has opened up for researchers and activists, Sanders reminds the reader that a digital divide still operates for organisations as well as individuals. He goes on to make a strong case for “mission-driven” organisations to adopt a do-it-yourself (DIY) approach to incorporate technology that allows them to convert raw data that is readily accessible into “high-value retail information tools” that will underpin sound policy decisions. Herein lays the value of an essay that makes its case persuasively, while serving as the very guidebook for the DIY-approach proposed.

The entire text moves in this direction toward a close that includes the ‘how-to’ of quality analysis, and a look to the “way forward”, all combining to make it a ‘go-to’ methodology text, source of case studies and policy guidebook. After first cracking the spine, I asked myself if, with a focus on American cities, how much of the work proposed would be ‘portable’ or transferable to other countries, continents and regions. The answer is that the ideas shared can make those journeys. Policy makers everywhere will serve stakeholders more effectively by adopting strategies that embrace the notion that neighbourhoods “matter for the people who live in them”. Yet, the authors remind us, this simple and seemingly obvious notion remains “remarkably contentious”. Despite the challenges, they remain optimistic, but not complacent, acknowledging that the text represents “advanced practice” and “sophisticated applications few would have expected possible 20 years earlier”. All the more reason why, once again, this is a resource poised to transcend borders and prompt conversations globally.

Posted In: Development | Methods and Research | USA and Canada 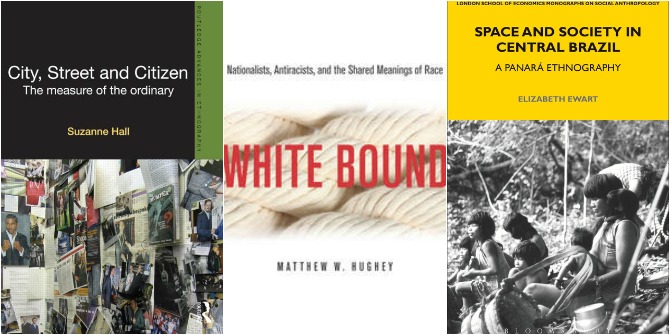