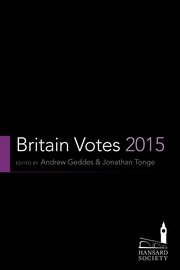 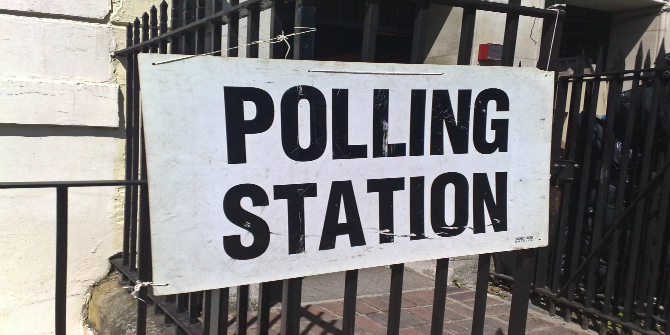 It was not primarily the Liberal Democrats (‘the usual suspects’) who suffered from the imbalances of the first-past-the-post system against parties whose support is geographically wide rather than deep. This time UKIP were unwilling recipients of the democratic deficit; with nearly four million votes they secured only one seat, whereas the SNP with approximately 1.5 million votes won fifty-six seats. If these glaring anomalies are depressingly familiar, patterns of electoral participation and influence identify some surprising trends. Social media appears to have played a somewhat negligible role in campaigning terms, and all parties were inconsistent in using it. Celebrity endorsements and interventions were peripheral, and the impact of television debates highly variable and perhaps short-lived. These valuable insights supplement the statistical base of electoral analysis and provide a commentary on the zeitgeist of modern Britain.

In presenting a concise, analytical and well-rounded account of the 2015 General Election, Britain Votes 2015 succeeds in its primary objective. The essays are assiduously researched and underpinned by a battery of statistical, contextual and anecdotal evidence. Inevitably, there is sporadic overlap and reiteration, but each essay is characterised by informed content and pointed analysis. By convincingly demonstrating the multi-faceted elements that influenced the campaign and result, the book is greater than the sum of its parts. Most pertinently, the configuration and architecture of the electoral system and the resources required to operate effectively within it, the prevailing economic narratives which had developed between 2010 and 2015 and the increasing importance of leadership qualities, all pointed towards, and largely explain, the Conservative victory. Ultimately, explaining outcomes are the fundamental purpose of electoral studies, and the skilful analysis contained within this informative and authoritative volume makes it recommended reading for scholars of contemporary British politics.