In the edited collection Urban Neighborhoods in a New Era: Revitalization Politics in the Postindustrial City, Clarence N. Stone and Robert P. Stoker investigate how North American cities have developed neighbourhood-level policies aimed at challenging urban deprivation through case studies of cities including Baltimore, Chicago and Los Angeles. Although the book does not fully tackle the root causes of structural inequality, it does offer clear proposals that predict a positive future for deprived urban communities, writes Do Young Oh. 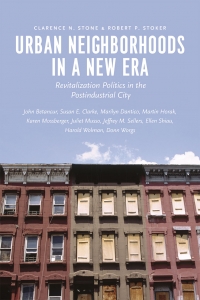 Recently, the British government announced a plan to demolish and redevelop large amounts of housing in England under the guise of urban regeneration, stigmatising them as the source of crime and marginalising residents who have lived there for decades. Such policy shows how the government is actively engaged in the (re)development of deprived areas, which distinguishes this generation from the previous era of urban policies in the UK around the 1980s, when the government put more focus on the redevelopment of central business districts and large-scale urban development projects such as Canary Wharf. It is one case showing how urban policies have reached the neighbourhood level.

Urban Neighborhoods in a New Era: Revitalization Politics in the Postindustrial City, edited by Clarence N. Stone and Robert P. Stoker, investigates how North American cities have developed neighbourhood-level urban policies over the past decades and what policies and politics have improved the living conditions of deprived neighbourhoods. Prominent urban scholars participated in writing the book. One of the most famous of these is Stone, who first formulated the urban regime theory in 1989. It soon became the dominant paradigm for studying urban politics, not only in the US but also in many other parts of the world. In this regard, the book leads readers to anticipate how the authors formulate new kinds of urban politics in the present era.

The book consists of nine chapters, beginning and ending with an introduction and a conclusion. Chapter Two offers sets of statistical data that explain changes to cities. The remaining six chapters each offer case studies of six cities in the US and Canada, including Baltimore, Chicago and Los Angeles, which have long been centres for studies of urban politics in the US. The decline of manufacturing, suburbanisation and racial segregation are quite evident in most cities, but the socioeconomic conditions of all cities vary in fact. Such variations prompt readers to wonder how the authors compare them and what their findings will ultimately be.

The first case study for the book is Baltimore, undertaken by both of the editors and Donn Worgs. The city is well-known for its inner harbour redevelopment projects initiated from the 1960s, which urban scholars have largely criticised due to a lack of concern about its deprived neighbourhoods despite large amounts of public subsidies for the projects. In contrast, the authors also investigate lesser-known attempts to improve deprived neighbourhoods through community-led projects. Even though most of these were not successful, the authors claim some positive changes in urban politics in Baltimore: elite players in the city now put more care into deprived neighbourhoods and consider them collaborative partners. 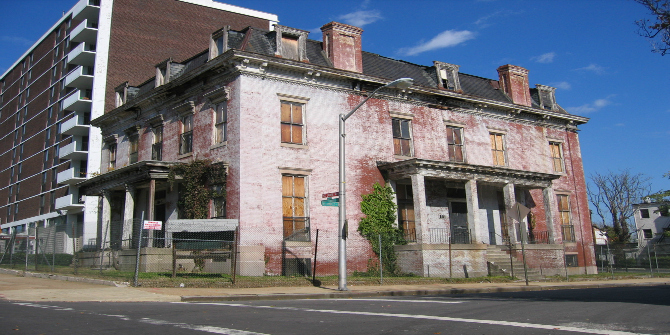 The other case studies, including Los Angeles, show similar findings but to different extents. In all case study cities, cooperation with deprived neighbourhoods has become an important political agenda. Different actors have emerged in this process, including universities and philanthropic institutions. Community Benefits Agreements (CBAs) – agreements between property developers and community groups confirming how developers will contribute to local communities – are a useful tool for improving such environments. Overall, case study chapters stress the need to concern deprived neighbourhoods as a part of urban policies. The authors also urge a more institutionalised forum to advocate rights as well as to produce more collective voices.

The key strength of this book is that it offers readers an overview of the kinds of policies and initiatives for deprived neighbourhoods that have been promoted in different parts of North America. The book also offers a direction for moving forward to tackle structural inequality in deprived neighbourhoods. On the other hand, doubts are also raised on several points made in this volume. For example, the authors recognise universities, hospitals and medical schools – the so-called ‘ed and med’ sector – as emerging institutions playing a positive role in shaping neighbourhood policies with references to some case study cities, including Baltimore. As this book argues, universities are more locally embedded than other institutions such as businesses, so they believe they act for local neighbourhoods. However, they often do not. Several universities in the US have actively displaced African-American communities, like the University of Chicago. In New York City, Columbia University recently scrapped the community-based plan to develop its new campus in West Harlem with strong sponsorship from the city government for the sake of economic development. In Los Angeles, the University of Southern California is also actively gentrifying its neighbourhoods. As David Harvey has argued, universities may become powerful institutions that shape local areas to suit their needs.

Furthermore, emerging needs that shift our focus to neighbourhood policies for tackling structural inequality may be nothing new to some readers. Urban scholars such as Neil Smith have been interested in changes to residential neighbourhoods in many parts of the world. The structural forces behind such changes have always been a target for such scholars. However, despite the many studies in relation to this topic, this book does not really address the root of structural inequality. Without doing so, solutions can only be superficial and unsuccessful in the end, as the case studies in this book show.

Do Young Oh is a PhD candidate in the Department of Geography and Environment at the London School of Economics. Do Young’s primary research interests lie in the fields of urban political economy and theory of the state. His doctoral research focuses on the emerging role of universities in cities under post-developmental capitalism in East Asia. He is also a co-founder of ONplan Lab, an urban planning consultancy. You can follow him on twitter @dy_oh. 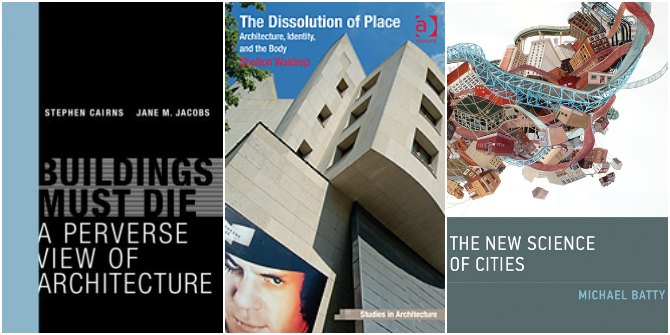