In The Butcher’s Trail: How the Search for Balkan War Criminals Became the World’s Most Successful Manhunt, Julian Borger draws upon hundreds of declassified documents and interviews in order to tell the story of the fifteen-year hunt for Balkan war criminals following their indictment by an international criminal tribunal at The Hague. What this highly readable and illuminating account particularly reveals is the tribunal’s primary legacy: the making of legal history and its lessons for future endeavours in international criminal justice, writes Chris Harmer.

The Butcher’s Trail: How the Search for Balkan War Criminals Became the World’s Most Successful Manhunt. Julian Borger. Other Press. 2016. 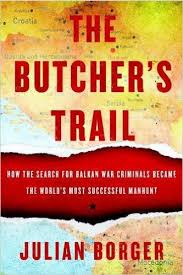 Based on the revelations of hundreds of declassified documents and interviewees – many speaking for the first time – The Butcher’s Trail is the story of the manhunt for Balkan war criminals. By bringing new evidence to light, it reveals how the commitment and tenacity of a few men and women turned the tide against impunity – their role having been previously unacknowledged. At the end of the fifteen-year manhunt, every suspect indicted by the international criminal tribunal for the former Yugoslavia was either tracked down and arrested, gave themselves in or chose death rather than be taken alive.

That there is a story to tell at all is remarkable given the inauspicious beginnings of the tribunal. Founded in 1993 and located in The Hague, it was the first court of its kind to be established since Nuremberg. Much derided at the time as a substitute for western military intervention, its early years are the story of a toothless, resource-starved court. Then it could prosecute only a smattering of small-fry thugs – their brutality unleashed and sanctioned by the ‘ethnic cleansing’ policies of their political and military leaders – who remained conspicuously at large. While lawyers grew rich from the glacially slow trials of minnows in The Hague, the absence of the principal architects of war was made all the more risible by their conspicuous presence under the noses of more than 60,000 troops deployed in Bosnia and Herzegovina to implement the Dayton Peace Accords, brokered in 1995.

How then did it come to pass that every single indicted fugitive was tracked down in the ensuing years? This included those who bore the greatest criminal responsibility for war crimes, crimes against humanity and genocide: Radovan Karadžić, the Bosnian Serbs’ political leader, his military general, Ratko Mladic, and the principal architect of all four Balkan wars, the Serbian president, later inmate 101980, Slobodan Milošević. 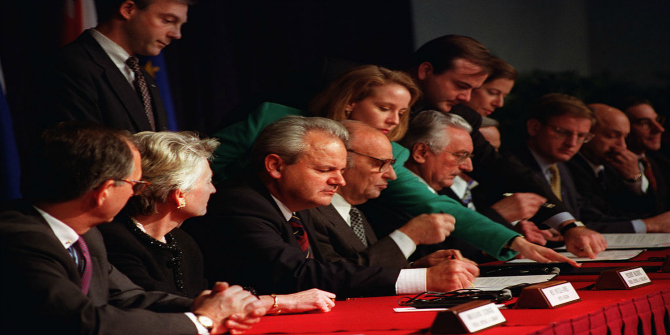 Few answers are to be found in the actions of the NATO forces or their military and political leadership or in the intelligence agencies in the years following Dayton. Then the shadow of Mogadishu still loomed large. After the deaths of US servicemen in an attempt to seize Somali warlords in 1993, intense risk aversion came to dominate US military thinking. Force protection was also the mantra shared by the CIA. Fearful that the arrest of Balkan war criminals would unleash a nationalist backlash and a resumption of war, justice took a backseat as a highly visible impunity prevailed.

By 1997, the then Chief Prosecutor, Louise Arbour, had inherited a near-moribund law enforcement endeavour – one so hobbled by NATO’s inertia on apprehending and arresting suspects that she resorted to establishing her own secret tracking team. Staffed by an unlikely array of maverick sleuths, former soldiers, diplomats, detectives, investigators and lawyers, their efforts were to prove critical in breaking the impasse. Under Arbour’s leadership, the court’s credibility was further salvaged by arrests carried out by special forces from several nations. The first of these were by Polish commandos led by a US reserve general. The first German combat casualties since 1945 were the soldiers wounded in an operation to arrest a Balkan concentration camp commander. British SAS tactics employed in Northern Ireland and honed in rural Herefordshire were redeployed to secure further arrests in Bosnia. The Yugoslav manhunt was given added impetus by the issuing of the first sealed indictments, giving the arrest operations the critical element of stealth. By winnowing out the small fry, Arbour also refocused efforts and resources on targeting the most culpable. Her leadership brought vital international criminal law enforcement to the Balkans – and made her a marked woman in the process.

Fortunately, for the interests of international justice, she was succeeded by another marked woman, Carla Del Ponte, who the Mafia had attempted to silence in her previous incarnation as attorney general of Switzerland. Del Ponte further built up the court’s investigative powers. By never allowing the trail to go cold and arming herself with the evidence of the tracking team, she became a formidable challenge to the stonewalling Balkan leaders. Crucially, she changed tack by linking financial aid and EU membership to the delivery of fugitives to The Hague. Conditionality became regarded as key to the court’s arrest record.

But the price paid for Del Ponte’s zero tolerance was a costly one for the new generation of politicians then emerging in Serbia and Croatia. Serbia’s prime minister, Zoran Djindjić, and other reform-minded politicians understood that democratic and economic progress in their countries meant cooperation with the tribunal. This probably cost Djindjić his life when he was cut down as a ‘Hague traitor’ by an assassin’s bullet in March 2003.

At the heart of this book are tales of courage and persistence, but others are by turn gaffe-strewn and reckless. Some operations arrested the wrong people, blew up the wrong targets or were so overmanned and heavy-handed that they were to tip off the entire Balkan criminal fraternity. Others were plain madcap – including a plan for captors to lie in wait in gorilla guise (yes, ‘gorilla’, not ‘guerrilla’), presumably to dismay war criminals into bewildered submission. And the accounts of outsourcing arrests of suspects who were beaten, bundled into cars and floated across the Drina bear the dark intimations of what was to follow: rendition in the ‘war against terror’.

But what The Butcher’s Trail demonstrates is that it proved possible to remove war criminals as a force of conflict and instability in the Balkans without a resumption of conflict – that peace and justice were not alternatives. All 161 indictees were eventually run to ground. It also shows how the small in-house tracking unit could operate with an initiative, determination and agility unmatched by the larger national intelligence agencies.

In a final reflection on the legacy of the manhunt, the question arises of whether it resulted in justice for the victims. Here the author recalls the words of the journalist, Martha Gellhorn, following the sentencing at Nuremberg: ‘Justice seemed very small suddenly. Of course it had to be, for there was no punishment great enough for such guilt.’ It’s a realistic conclusion, but one that perhaps understates the court’s greatest legacy. Before the international criminal tribunals, the body of law on war crimes applied largely to those committed in conflicts between states. This offered little protection in law for the vast majority of the victims of war – civilians caught up in inter-state civil wars, often the targets of atrocities. Such acts of inhumanity are no longer considered as the inevitable consequences and spoils of war but as war crimes, as crimes against humanity and genocide that are now codified in international law.  For any future endeavours in international justice, this may yet prove to be the court’s greatest legacy – the making of legal history that would not have been possible without the manhunt.