Despite Carl von Clausewitz’s position as one of the formative theorists of warfare, much of his corpus beyond On War has never been translated into English. The new volume Clausewitz on Small War, edited by Christopher Daase and James W. Davis, represents one attempt to redress this by assembling and translating a number of Clausewitz’s lectures and writings on Small War. Whether his theorisations are viewed as a product of their time or of continued relevance today, this book offers a crucial means of expanding interpretations of Clausewitz’s work and opening up its reception to a wider audience, writes Artemis Photiadou. 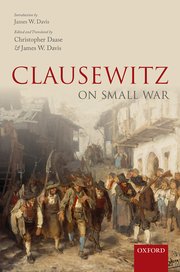 Hundreds of armed conflicts have taken place since Carl von Clausewitz penned the last word in On War in 1830. Most of those conflicts have been waged very differently to the ones he was writing about, yet few have attempted to analyse war without using Clausewitz – either to dismiss his relevance to contemporary conflict or to argue that he offers a superior analytic framework of it.

The current generation’s trend in understanding Clausewitz is that of moving beyond On War – an analysis which Clausewitz himself considered incomplete and which was published posthumously. As part of this shift, 2015 alone saw the publication of a new account of his life, together with a biography of his wife and a comparison between Napoleon’s and Clausewitz’s ideas on war, to name a few.

Through Clausewitz on Small War, Christopher Daase and James W. Davis make a significant contribution to such efforts of contextualisation. Yet theirs is quite distinct from other works, in that they translate into English writings that were thus far accessible only to those with a reading knowledge of German. This is precisely where the value of the book lies, as well as being the editors’ primary aim: opening up Clausewitz through translating his own words, rather than in interpreting them. In doing so, they offer the tools through which future analyses can be better informed.

The editors nonetheless do set out a case in the introduction: Clausewitz’s writings on ‘Small War’ are testimony to his continuing relevance. To illustrate this, they offer four chronologically arranged texts – a journey of how his thinking on Small War evolved. Each text was written with a different frame of mind. The first is comprised of lecture notes on small-unit warfare that are informal and rather technical; the second and third are memoranda distributed to military reformers and through which Clausewitz passionately makes the case for militias; and the final is a chapter from On War, again on the arming of the people.

Clausewitz, in the first of his 244 lecture notes included in this collection, starts off by warning his students at the Prussian War College not to expect great insights from those lectures: ‘their subjects simply do not lend themselves thereto’ (20). This holds true if one is seeking to recognise contemporary conflict in this text, as Clausewitz at that point considers Small War to be essentially a smaller battle in conventional conflict, made up of 40-200 soldiers. His analyses of the rebellion in Vendée (1793-98), the Tyrolean uprising of 1809 and the Peninsular War (at that point ongoing) are therefore made in the context of eighteenth-century cavalry, infantry and artillery, and elaborate on concepts such as the advantages of fighting in woods. Yet key concepts about defence and offence do emerge, with Clausewitz viewing such battles as wholly tactical, serving to observe the enemy and obstruct its advance. So although it might be tempting to skim through – this first text makes up two-thirds of the book – these notes are imperative in showing the origins of his thinking on small-unit warfare, and in contextualising the texts that follow. 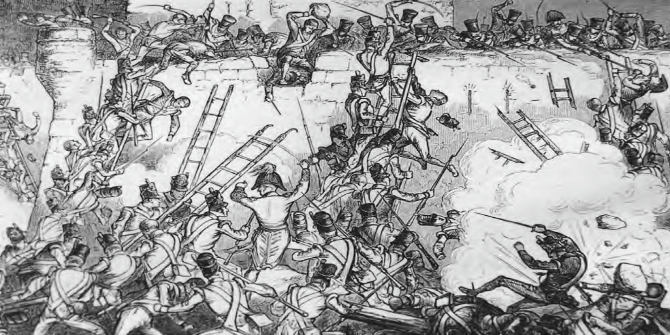 A year on from those lectures, Small War ceases to be a part and parcel of regular war in the second text, a memorandum written in 1812 in the backdrop of Napoleon’s occupation of Prussia. In anticipating a catastrophe – ‘once Prussia has thrown itself into the arms of France’ (170) – Clausewitz draws on the experiences of the three conflicts analysed in his lectures to set out the case for arming the people. Although he admits that the prospect of mobilising every able-bodied man between the ages of 18 and 60 is a dangerous measure, he nonetheless sees their mobilisation as the government’s salvation (170). With the definition and importance of Small War now resembling that of a popular insurgency, Clausewitz’s understanding of the nature of war also changes and becomes a very contemporary one: ‘The war of the current era is a war against all. Kings no longer wage war against kings, nor armies against each other, but one nation against the other, and nation encompassing king and army’ (216).

With war now one of nations, Clausewitz’s conviction on the value of citizen militia is strengthened in light both of the defeat of the Prussian army by Napoleon in 1806, and the subsequent defeat of Napoleon in the Battle of Leipzig in 1813, instrumental to which were militia forces (218). This is the historical context in which he writes the third text on Landwehr – the Prussian citizen militia – setting out the case that such an institution ‘provides an outward resistance that cannot be achieved through a standing army’ (217).

The arming of the people remains the subject of the final text, a short chapter taken from On War. After the passionate language used in the second and third texts, this final piece is a more calculated assessment of when the nation should be armed. Similar to his lecture notes from 1810-11, here again Clausewitz maintains that armed crowds should never quash the enemy’s centre; instead, they should ‘resemble fog or clouds’, and should neither be an entity that the enemy can corner and destroy nor should they undertake decisive defensive battles (224-25). Yet unlike the more absolute view taken in his memorandum of confession, he now comes to see the prospect of the arming of the people as having to be supported by the standing army: ‘without such encouraging support from some troops […] most of the population will lack the confidence and drive to take up arms’ (224).

By including a chapter familiar to non-German speaking scholars, Daase and Davis conclude this collection by placing an ‘old’ text in a new context. In doing so, they illustrate how the focus has for so long been on one book, yet Clausewitz’s thinking can neither be understood in isolation from his other writings nor from the events that led to it.

‘I place these pages on the altar of history’, wrote Clausewitz in his testimonial, the most passionately written text in this collection, ‘in the firm belief that once the tempest has passed, a reverend priest of this temple will preserve them carefully and file them in the chronicles of a turbulent human history’ (173). That his writings have become part of history is undoubtable; through this book, cornerstones of his thinking are made available so that they can be interrogated by a wider audience than ever before.

That Clausewitz’s writings will continue to be debated is also expected; if anything, academics have for decades been reading the same text and coming to different conclusions through and about On War. What Daase and Davis offer through this work is the means through which better informed interpretations can be made, and an effort to level the playing field when it comes to both the study of Clausewitz and the theory of war more broadly. Regardless of whether one considers Clausewitz’s thinking as relevant today or as offering a time-bound understanding of war, this book must be read by both.

Artemis Photiadou is the managing editor of the LSE British Politics and Policy blog and a research student at the International History department.