What kind of relationships are fostered by contemporary network society and celebrity culture? In Presumed Intimacy: Para-Social Relationships in Media, Society and Celebrity Culture, Chris Rojek explores how we form relationships with mediated others founded on the assumption of personal disclosure, ranging from online friends to celebrities, and how these can be co-opted by power structures for deeply dubious but ruthlessly effective ends. This theoretically expansive book is an indispensable addition to our understandings of contemporary media, culture, politics and society, writes Jilly Boyce Kay. 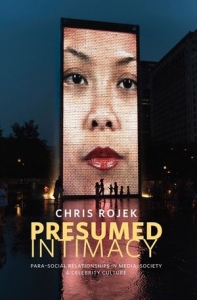 Presumed Intimacy: Para-Social Relationships in Media, Society and Celebrity is the most recent book by Chris Rojek, Professor of Sociology at City University, whose many published outputs thus far have spanned analyses of celebrity culture, leisure and tourism, and popular music. In this abundant, wide-ranging and theoretically expansive book, Rojek sets out to explore the social relations and political implications of what he refers to as ‘presumed intimacy’. This term describes the para-social relationships with mediated others that are formed in the contemporary context of celebrity culture and network society. It refers to relationships in which a high degree of personal disclosure is increasingly taken to be a quality of good civility – but, at the same time, intimate para-social relationships are routinely manipulated to shore up problematic structures of political and economic power. The concept of presumed intimacy, at once highly specific and endlessly applicable, is explored in the book via a diverse range of examples, taking in the public personality of Charles Dickens, political emoting after the Boston marathon bombing, George W. Bush’s reaction to Hurricane Katrina, the figure of Mae West, the psychology of torture and the UK Research Excellence Framework (REF).

The theoretical frameworks that Rojek employs are similarly wide-ranging and include – to name just a few – Jürgen Habermas’s ‘constitutional patriotism’, Emile Durkheim’s ‘organic solidarity’, Barbara Ehrenreich’s critique of the happiness industry and Sheldon S. Wolin’s notion of ‘fugitive democracy’. While Rojek primarily has mediated para-social relationships in his sights, it is hard to disagree with one of the reviews on the book’s cover, which describes the work as ‘nothing less than a profound meditation on what it means to be a human today’. This is because it is impossible to understand the contemporary workings of politics, citizenship and identity without recourse to theories of mediation and the power relations of intimacy. It is this current juncture between intimacy and power that the book very effectively interrogates.

However, relations of presumed intimacy, as Rojek carefully shows us, are not unique to this historical moment. In particular, the four case studies of personality management that he expounds upon in Chapter Seven challenge any idea that the cultivation of ‘attention capital’ is a ‘new’ phenomenon: these case studies include Dickens, Wagner, the 1920s music-hall star Eva Tanguay and Mae West, who all used strategies of emotional manipulation in order to render themselves ‘mediagenic personalities’ of their time (94). Notwithstanding the longer history of these practices, Rojek states that the central thesis of the book is that the last century has seen a decisive shift in the balance of social encounters, from exchanges based on character to those based on personality or appearance, and that we are currently living in a context where public interaction is best characterised by the metaphors of ‘screen’, ‘stage’ and ‘image’ (58).

Valuably, Rojek updates Erving Goffman’s (1963) notion of ‘the nod count’ for the era of social networks and the massive expansion of mediated co-presence. While Goffman suggested that we each are on ‘nodding terms’ with around one hundred people, clearly the number of people with whom we now share weak social ties on websites such as Facebook requires this figure to be reworked. New media technologies have transformed the terrain upon which we encounter ‘familiar strangers’, as well as rapidly enlarging the number of mediated others about whose lives we know intimate and personal details, often without ever meeting them.

The implications of this intensification, the book suggests, cannot yet be known, although there are reasons to be highly sceptical about any claims about the progressive potential of what Rojek terms the new ‘gestural economy’, in which ‘real emotion and the representation of emotion are disconnected’ (138). Moreover, it is difficult for us to develop organic solidarity with those who appear to us as only ‘statistical men and women’ or ‘screen apparitions’; these are the basis of ‘second order relationships’, which do not unfold in the ways that physically co-present relationships do. It is not that contemporary humans are inherently callous, Rojek is careful to emphasise; rather, the lack of genuine, ethical and empathetic commitment to others arises in part because we are so over-informed, so overwhelmed by the sheer number of mediated others who populate our screens and by the scale of suffering that exists in the world. The emotional responses that are generated by presumed intimacy are not hollow, Rojek suggests, but are surely not enough to constitute the ‘moral density’ required for collective, sustained, democratic action.

The book is divided into eleven chapters, each of which has an intriguing conceptual title: for example, Chapter One, ‘Living with Statistical Men and Women’, introduces and outlines the key concerns of the book; Chapter Two, ‘Chimerical Risk Management’, details how political elites mobilise putative threats to manage democracy; and Chapter Three, ‘The Shockwaves of Trauma’, explores the quality and nature of emotional responses to the suffering of distant, mediated others, concluding that the expression of empathy often has more to do with achieving prestige and civic status than it does with a genuine commitment to help. Later chapters move to consider ‘The Accentuation of Personality’, ‘Cracks in the Mirror’ and,  lastly, ‘Nuda Veritas’ –  or the naked truth –  in which Rojek briefly speculates that it might even be the case that there is a genetic disposition towards duplicity in human beings (185).

Through its interweaving of the historical and the contemporary, and the connections it deftly draws between a remarkable array of theories, ideas, institutions, events and people, Presumed Intimacy offers unique insights into the ways that mediated emotion and personal disclosure have been co-opted by power structures that often use them for deeply dubious, but ruthlessly effective ends. While in many senses the book’s arguments are highly persuasive, theoretically rich and incisive, it is important to note that there are other ways in which the relationships between the media, intimacy and power have been conceptualised, and which it is useful to think through alongside Presumed Intimacy. In particular, the academic literature on reality television  – including Beverley Skeggs and Helen Wood’s Reacting to Reality Television: Performance, Audience and Value as well as Misha Kavka’s Reality Television, Affect and Intimacy – has shown us how, when we are drawn into relations of intimacy with media texts and mediated others, the workings of affect are just as likely to disrupt or expose established power relations as they are to bolster or intensify them. Much of the scholarship on reality television considers the gender politics of mediated intimacy, and this suggests a particularly fruitful way in which this book’s ideas might be further developed. Nonetheless, the book remains an indispensable intervention into our understanding of contemporary media, culture, politics and society.

Jilly Boyce Kay is a Research Associate in the Department of Media and Communication at the University of Leicester. Her main research interests are around feminist media histories, particularly in relation to talk-based British television in the 1970s and 1980s. In addition, she is currently researching media representations of the British suffragettes, as well as reality television, gender and mobility. 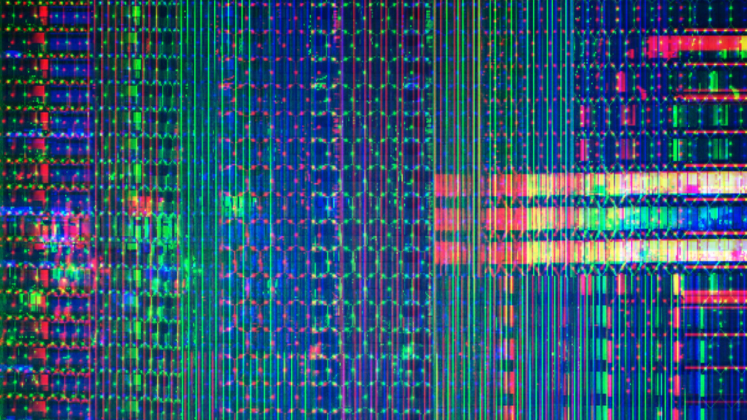