Drawing on archival sources and incorporating new archaeological evidence, in Lawrence of Arabia’s War: The Arabs, The British and The Remaking of the Middle East in WWI, Neil Faulkner presents a multi-dimensional account of the conflict in the Middle East during the First World War with the centralised figure of T.E. Lawrence providing the skeletal narrative. While Mahon Murphy finds this a vividly written attempt to understand the totality of the conflict, he questions whether the focus on Lawrence obscures some of the study’s more interesting strands of analysis.

Lawrence of Arabia’s War: The Arabs, The British and The Remaking of The Middle East in WWI. Neil Faulkner. Yale University Press. 2016. 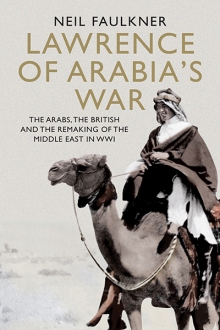 The British campaign in the Middle East during the First World War, as James Kitchen has noted, contained an inherent romanticism. In marked contrast to the Western Front, the war against the Ottoman Empire seemed to offer space for bold adventurers who could float around Arabia and determine the course of whole nations through a few bold acts. The heroic myth of T.E. Lawrence dovetailed nicely with those of romanticised nineteenth-century imperial heroes, such as David Livingstone or Charles George Gordon. The historiography of the war in the Middle East has been analysed through grand strategic, political and imperial lenses with a heavy focus on the conflict’s nineteenth-century character. The industrial-scale slaughter of the Middle East campaign, where the British Army deployed as much artillery in Palestine as they did on the Somme, has taken second place to images of cavalry charges and individual deeds of heroism.

Three single volume accounts have been published within the last two years by Kitchen, Eugene Rogan and Ryan Gingeras. These books indicate that the narratives based around the influence of the ‘Great Men’ of the campaign have given away to analysis of the cultural and political background to the war and the collapse of an Empire.

It is therefore perhaps surprising to see an account of the war in the Middle East that places emphasis on the influence of Lawrence. Neil Faulkner’s book, Lawrence of Arabia’s War: The Arabs, The British and The Remaking of The Middle East in WWI, is an attempt at a multi-dimensional analysis of the war in the Middle East.  Based not only on archival sources, but also incorporating new archaeological evidence on the battlefields of the Middle East, Faulkner helps the reader to understand the totality of the conflict in the region. Through tracing archaeological footprints, Faulkner paints vivid pictures that give the reader a comprehensive understanding of how the major battles played out.

The Arab Revolt, launched in June 1916 with the aim of creating a unified and independent Arab state stretching from Aleppo to Aden, while essentially a failure, ushered in a new geopolitical order that has had long-lasting consequences. Using Lawrence as the focal point to tell the story of the Revolt is nothing new: his legend has passed into the hagiography of the Great War alongside that of General Allenby, and seemingly confirms the adage that individuals rather than social forces can shape history. This is therefore perhaps a disingenuous method to recount the Middle East campaign, and the narrative of the book tends to lose its professed focus on analysing the wider conflict in favour of lengthy chapters on Lawrence and his personal experiences of the war. Of course, Lawrence’s trajectory through the conflict can give us insights into the conduct of British operations, but one does often wonder what new information this route can present us and whether there are shades of Orientalism in choosing Lawrence as the main character. 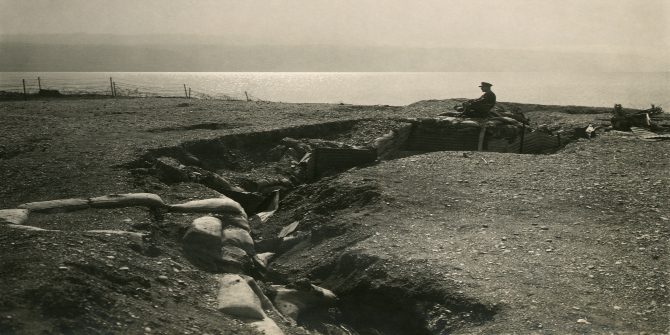 Image Credit: Trenches on the shores of the Dead Sea, 1918 (Library of Congress, Wikipedia Public Domain)

However, Faulkner does focus on some of the more pertinent questions regarding the Middle East campaign. The contesting British force was a truly imperial army, and much work remains to be done to recover these voices from the conflict. For example, Isamilia, the first major clash between the British and Ottoman powers, was fought by the subjects of the rival empires. The Ottoman attackers were mainly Arab peasants conscripted from the villages of Syria, and they faced Punjabi, Rajput and Gurkha regulars from Northern India. Two multi-ethnic empires faced off against one another and this sacrifice on their behalf would have major consequences for both powers. The spectre of Jihad (although it remained such) was also a significant factor in how belligerent planners created their war aims. The British feared a German-incited Jihad in the Middle East, and military strategy focused on how best to pre-empt any religious-inspired uprisings in Egypt and even among their own Indian troops. Tying the Arab Revolt into this balancing act of so many contradictory British war aims in the Middle East is developed well in the book; here one can see the usefulness of putting Lawrence centre stage.

The daring exploits of British officers are also recounted to highlight the role of individuals in influencing the campaign. Not only Lawrence, but other British actors are introduced. Richard Meinertzhagen’s diary account of his ruse to trick Turkish officers of British plans through a dropped fake staff officer’s handbook – known as the Haversack affair – is discussed. However, no mention is made of the controversy surrounding its accuracy and the fact that Meinertzhagen was well-known for exaggeration, bluster and fabrication. Less space, however, is given to analysing the more unsavoury deeds of British soldiers, such as the machine-gunning of surrendering Turkish troops (384).

Faulkner concludes by arguing that the First World War in the Middle East had changed everything, and yet nothing changed. The Arab Revolt was a false hope and it was Turkey that managed to create a lasting national movement. This underplays the drastic geopolitical shifts in the Middle East and the devastation caused by the First World War. What Faulkner offers is a very British account of the war and the Arab Revolt in the Middle East with Lawrence’s own experience of the war providing the skeletal narrative. It is an admirable attempt to understand the war in all its dimensions, but the figure of Lawrence often overshadows some of the more interesting strands that the book otherwise wishes to analyse. 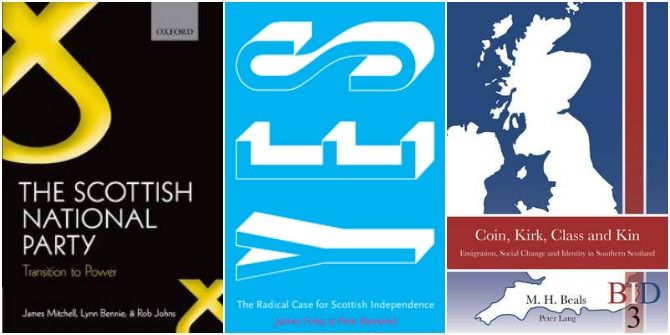