In Muted Modernists: The Struggle Over Divine Politics in Saudi Arabia, Madawi Al-Rasheed challenges monolithic understandings of official and opposition divine politics in Saudi Arabia by examining how activists, intellectuals and religious scholars are attempting to construct a new form of politics through reinterpretation of key Islamic texts and civil society activism. This is an important and insightful read that contributes to scholarship on changing socio-political and cultural dynamics within the Middle East and the influence of media and communication technologies on political participation, writes Philip Effiom Ephraim. 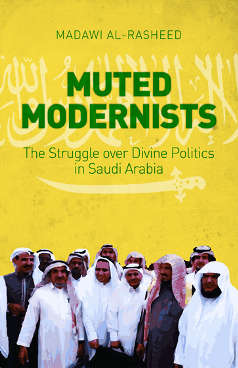 Global events in 2016 are indicative of rapidly rising suspicion towards Muslims and Arabs in general worldwide. The closure of borders to refugees in Europe, the threat to close borders to all Muslims by a key US presidential candidate, the BREXIT referendum and the Brussels and Istanbul bombings are among the different events that have been directly linked to jihadist terrorist activities, and have served to worsen fear and suspicion. Terrorist attacks cause widespread anger and, in response, the general public can tend to overgeneralise by linking all Muslims with terrorists and other perpetrators of violent acts. Fingers often particularly point to Saudi Arabia as the mastermind and main sponsor of terrorism. In several cases, reprisal attacks on innocent members of Saudi communities in the west have followed, as witnessed during the aftermath of the 9/11 attacks in the US.

The framing of news and television programming on terrorist attacks, and indeed life in the Arab world, by the majority of western media often further aggravates the situation. Western media typically projects stereotypical images of Saudis as violent bigots, sectarian fanatics, misogynistic preachers and as socially conservative. While some aspects of these reports are factual, they often lack balance as counter-narratives on the struggles for freedom and democracy within the Arab world remain largely absent. Muslims thus tend to be lumped together as commonly seeking to establish an Islamic state where sharia law and Islamic moral codes prevail.

In Muted Modernists: The Struggle Over Divine Politics in Saudi Arabia, Madawi Al-Rasheed turns our attention to events in a country widely regarded as the seat of Islam. Al-Rasheed critically examines conflicting socio-cultural and political power relations between traditional-fundamentalist Islamists and those termed modernists. Modernists – comprising socio-political activists, intellectuals and ulama (religious scholars) – are attempting to rethink Islamic norms and reinterpret foundational Islamic texts with a view to aligning them with both the spirit of Islam and the sensibilities of modern society. The modernists call for a rational assessment of Islamic history and the adoption of contemporary perspectives and strategies to allow for greater freedom and political representation. By holding these counter-perspectives, modernist thinkers are directly pitched against state ideologies. 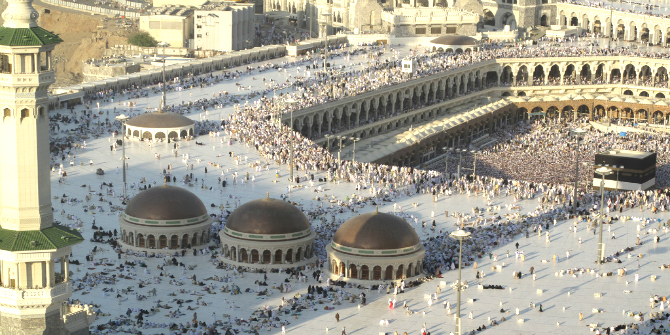 Across six chapters, Al-Rasheed first discusses the situation prior to and during the 2011 Arab uprisings, stating that unlike in other Arab states, activists in Saudi Arabia could only resort to using strong petitions due to severe restrictions on public protests. These formal petitions carried democratic impulses, calling for more inclusive methods of governance and better relations between rulers and the governed. However, the author notes that during the same period there were also activists advocating for even stricter Islamic law, thus creating a conflict of interests. The author goes on to highlight the immense role that the Saudi Association of Civil and Political Rights (HASM) played during the uprisings. The association mobilised Saudis and organised several online campaigns to advocate for human rights and the release of prisoners of conscience.

The author also discusses the contributions of key Saudi religious scholars, including Sheikh Salman al-Awdah, Muhammad al-Abd al-Karim and Muhammad al-Ahmari, in the movement towards religious and political reform. She notes that the changing perspectives of these notable scholars point strongly to serious transformations within Islam. Islam is a religion which is neither inherently dogmatic nor flexible; instead, the author posits that Islam is actually a form of politics that engages with the divine as well as the messy and profane realities of the world.

The title of the book is interestingly ironic, because the modernists described are not ‘mute’. Despite sustained efforts to silence them, they are becoming increasingly vocal, finding spaces and opportunities to propagate their ideas of freedom and democracy. Accounts presented in the book are indicative of growing movements towards socio-political and cultural reform in Saudi Arabia. As the author states: ‘increased repression of dissident modernists during the Arab uprisings succeeded in putting several of them behind bars after lengthy trials, but their discourse continues to flourish and gather momentum, thanks to the proliferation of social media in Saudi Arabia’ (3). Al-Rasheed particularly highlights the use of Twitter and YouTube by the modernists. These served as platforms for disseminating protest messages and sharing videos before the Arab uprisings (a movement from virtual to real protest (45)), and are still currently employed in the struggle.

The book therefore describes the efforts of resilient men struggling to overcome repressions imposed by an autocratic system in Saudi Arabia. However, Al-Rasheed does acknowledge the absence of female activist voices as one of the shortcomings of the book. She explains that male and female activists in Saudi Arabia often have differing objectives. While the men advocate for general socio-political reform, liberally minded women want the freedom to study, work, drive and travel without restrictions. Islamist-minded women want greater focus on areas of sharia law that grant them rights as defined by Islam. The author notes that female activists’ efforts have also been severely opposed by conservative religious leaders who have spoken of ‘the loss of shyness, damage to ovaries, uncovering of the face and spending too much time outside’ if a driving ban were to be lifted, for example (49).

For Muted Modernists, Al-Rasheed drew upon a variety of qualitative sources including articles, pamphlets, books and interview data. Writings of prominent socio-political and religious scholars were consulted to gauge their various views on the reinterpretation of Islamic texts. The author also interviewed key activists and intellectuals via telephone and social media. The author’s choice of the above methods can be understood due to the sensitive nature of investigating socio-political reformist activities within Saudi Arabia. In so doing, the author suggests a strong need for more empirical research on this topic. The book raises several questions: how many reformist groups currently exist in Saudi Arabia; what is their spread and membership strength; how are people being impacted politically and culturally; what percentage of Saudis are open to reform and what percentage are comfortable with the current status quo; and what are the real agendas of the modernists? Will movement towards political reform in Saudi Arabia lead to a worse conflict than that which is currently being witnessed in Syria? These questions are shaped by the consequences of the Arab uprisings, which saw the destabilisation of several Arab states.

Muted Modernists is a particularly important read during the current times of rising Islamophobia in the west, and indeed worldwide, as Saudis and other Arabs are increasingly viewed as generally lacking a culture of freedom and democracy and as incapable of accommodating western cultural ideals of civil and human rights, especially for women and minority groups. The book is also timely given growing scholarly interest in the changing socio-political and cultural dynamics in the Middle East, particularly in relation to the increasing spread of new media and communication technologies which have created new spaces for socio-political participation by previously marginalised groups. With the Middle East arguably one of the most discussed regions in global news and in socio-political debates, social science scholars at both undergraduate and graduate levels will find Muted Modernists most insightful.

Philip Effiom Ephraim is a communications and media consultant. He holds a PhD in Communication and Media Management from Girne American University, Cyprus. He worked as an academic technologist and as a lecturer of public relations and marketing communications at Cross River University of Technology, Nigeria. His research interests cover both critical and mainstream approaches in communication and media studies. Philip is particularly interested in the use of emerging media for socio-political and cultural reform in developing countries.