In Culture, literary and cultural critic Terry Eagleton turns his attention to defining and pinpointing the role that culture plays in our lives as well as its value, traversing examples including Edmund Burke, Jonathan Swift and Oscar Wilde. This is an accessible and smart primer that explores how to critique culture under the conditions of global capitalism, though its central ideas will be familiar to those who have already encountered Eagleton’s earlier work, writes Danni Glover. 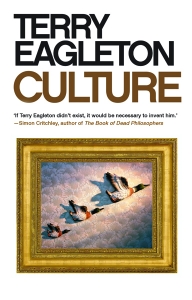 Terry Eagleton’s Culture does not start out optimistically. ‘Culture is an exceptionally complex word’, the book commences, ‘but four major senses of it stand out. It can mean (1) a body of artistic and intellectual work; (2) a process of spiritual and intellectual development; (3) the values, customs, beliefs and symbolic practices by which men and women live; or (4) a whole way of life.’ These definitions seem specific and meagre, but thankfully the book is less interested in definitions than perspectives, which seem to be more useful in reaching an understanding of the nature and value of culture. The pessimism of the first sentence soon gives way to an erudite but ultimately unoriginal discussion of the forces that enshrine culture and how culture is participated in by consumers – and Eagleton very much approaches the enjoyment of culture as a consumerist exercise. Though lucid, clear and readable in a lightly intellectual kind of way, much of Culture riffs on or repeats Eagleton’s earlier work without substantially building upon it.

As usual, his Marxist critiques are comfortable and thorough: ‘A professional caste of artists and intellectuals, as Marx recognises, becomes possible only when not everyone needs to labour for most of the time […] Culture [has] its material conditions’ (44). He begins the Marxist branch of his argument by showing how culture and civilisation grow in parallel to, and contingent upon, each other, but that they are not the same thing; that ‘mailboxes are part of civilisation, but what colour you paint them […] is a matter of culture’ (5).

Eagleton’s discourse on the concept of civilisation could benefit from some more thorough engagement with postcolonial scholarship, though a later comment that ‘so much contemporary postcolonial thought […] can simply be a shamefaced inversion of colonial values’ demonstrates that this is not so much an oversight as a dismissal. It is an analysis which is therefore characteristic of Eagleton’s antipathy towards relativism, but I am not entirely convinced that a study of the variance of global culture that does not at least acknowledge the force of colonialism is doing the topic justice. Without postcolonial theory, the analysis feels shallow. 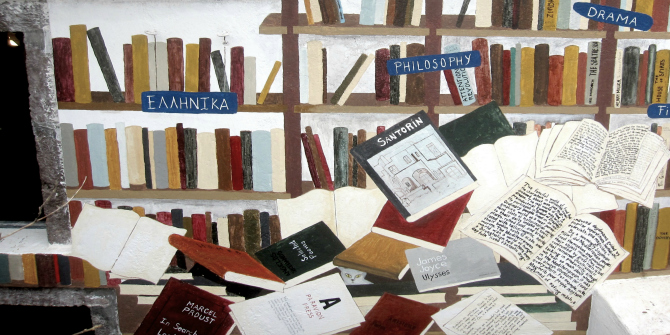 Where colonial and postcolonial discourse sit most comfortably in the book is in Eagleton’s discussion of Irish writers and intellectuals as culture-makers and critics. Eagleton’s Dublin is a cultural counterpoint to the Edinburgh of the Enlightenment. Where David Hume’s comments on the substance of nations speak to a process of civilising by political (in)stability – ‘Time alone gives solidity to [the rulers’] right […] and operating gradually on the minds of men, reconciles them to any authority, and makes it seem just and reasonable’ (71-2) – it is Edmund Burke who speaks to the cultural formation of nations:

Men are not tied to one another by paper and seals. They are led to associate by resemblances, by conformities, by sympathies. Nothing is so strong a tie of amity between nation and nation as correspondence in laws, customs, manners, and habits of life. They have more than the force of treaties in themselves. They are obligations written in the heart (59).

Eagleton also looks to Jonathan Swift and Oscar Wilde for their contributions to and ruminations on culture. The chapter on Wilde, though short, is the most enjoyable. Like the nature of culture itself, Wilde is a difficult person to pin down. Eagleton’s assertion that ‘if Wilde was gay, it was among other things because he found heterosexuality so intolerably clichéd’ (99) will no doubt raise eyebrows amongst queer theorists, but it is an interesting statement about culture’s need to mimic, mock and subvert in order to thrive. Eagleton writes approvingly about Wilde’s awareness of how privilege alters the reality of culture – how wealth creates access – and the subsequent analysis about the cultural and leisurely goals of socialism (107) is the most convincing argument in the book, though it too closely resembles similar arguments in Eagleton’s earlier works Why Marx Was Right (2011) and The Meaning of Life (2007).

Eagleton’s final chapter on ‘The Hubris of Culture’ argues that ‘once literary scholars ventured into the study of film, media and popular fiction, there could be no doubt that they had some plausible claim to centrality. They were, after all, engaged with artefacts consumed by millions of ordinary people’ (150). This centrality, Eagleton argues, has led to the rise of the creative industries, an industrial process which ‘amounts to […] capitalism [incorporating] culture for its own material ends, not that it has fallen under the sway of the aesthetic, gratuitous, self-delighting or self-fulfilling. ‘‘Creativity’’, which for Marx and Morris signified the opposite of capitalist utility, is pressed into the service of acquisition and exploitation’ (152). He goes on to argue that the intent of capitalism to assimilate culture has led to the decline of universities. This is a fascinating argument which comes along quite late in the book, perhaps to lay the groundwork for future publications. I hope so; I would be interested to read contemporary Marxist critiques on the neoliberalisation of higher education, an under-discussed issue that affects all of us working, studying and researching in universities. Eagleton might advance a more radical view on this issue than, say, Stanley Fish, but it was certainly the part of the book which I am most keen to see continue as a conversation in forthcoming literature.

Though distinctly reminiscent of earlier, bolder works of theory, Culture is an accessible primer on how we might go about critiquing the existence of culture under global capitalism. In an era which seems to shun intellectualism, it is refreshing to see an unflinchingly smart book that is intended for an audience outside the strictly academic. Fans of Eagleton’s confident prose will no doubt enjoy it, though his sceptics may find its self-referentialism frustrating. It’s not likely to replace his more substantial books on culture on university syllabuses, but it is an enjoyable enough read.

Danni Glover is a postgraduate student at Ulster University where she is writing a PhD on the construction of national identities in eighteenth-century anthologies, and holds an MPhil from the University of Glasgow. She is the film and TV editor for TheQueerness.com. Her research interests include eighteenth-century revolutionary letters, literary representations of Scotland, print culture and queer cinema. Read more by Danni Glover. 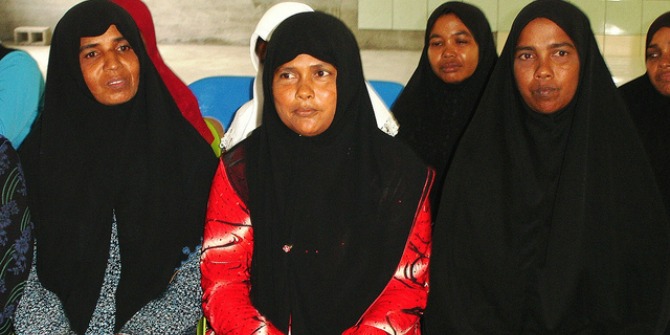