Almost fifty years after Britain and France left the Middle East, the toxic legacies of their rule continue to fester. The Poisoned Well: Empire and its Legacy in the Middle East, Roger Hardy’s lively new account of imperialism in the region, is bursting with memorable anecdotes, intriguing detail and splashes of colour that illuminate a canvas of power, greed and double standards. Reviewed by Ian Black.

This review was originally published on the Middle East Centre blog.

The Poisoned Well: Empire and its Legacy in the Middle East. Roger Hardy. Hurst Publishers. 2016. 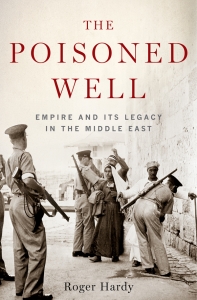 Abdel-Aziz Ibn Saud, the founder of the kingdom that bears his family’s name, revelled in describing how he decapitated an enemy and watched his head roll across the desert sands: no wonder that the British diplomat who heard the story firsthand in the 1940s, complete with vigorous waving of the royal sword, enjoyed retelling it decades later – providing a vivid glimpse of the early years of one of the most important states of the modern Middle East.

Roger Hardy’s lively new account of British and French imperialism in the region is bursting with memorable anecdotes, intriguing detail and splashes of colour that illuminate a canvas of power, greed and double standards – and other legacies left standing amidst the wreckage of the Palestine Mandate or Algerie Française.

Reader Bullard, Britain’s consul in Jeddah, was reminded of no-one so much as Louis IV as he watched Ibn Saud travel in a convoy of 528 vehicles from Mecca to Riyadh. Not long afterwards, Anglo-American rivalry over newly-discovered Arabian oil marked the transition from the dominant old power to a newer, far bigger one. Little remains today of Britain’s presence in Aden, acquired in 1839 to guard the route to India: in 1967, when the last troops left, a military band fittingly played ‘Fings ain’t what they used to be’. Britain’s oil-fired role in Iran, including the MI6-assisted overthrow of the democratically-elected prime minister Mossadeq in 1953, is succinctly retold – necessary background to lingering suspicions of the ‘Little Satan’ in today’s Islamic Republic.

The Poisoned Well: Empire and its Legacy in the Middle East sets the scene in the dying days of the Ottoman Empire, underlining the important point that the men who shaped its successor states in Baghdad, Damascus or Amman were products of it  – as fluent in Turkish as they were in Arabic. It tells the story concisely though selectively – unencumbered by postmodern theorising about orientalist discourse or hegemonic narratives. Sultan al-Atrash, the Syrian Druze chieftain, is memorably portrayed as ‘an eagle-nosed, hawk-eyed warrior with a huge moustache and piercing blue eyes’. Ahmed Ben Bella, the FLN (Front de Libération Nationale) leader in Algeria, was personally decorated by Charles De Gaulle for his wartime service with the Free French – and was keen on soccer, just like the thoughtful pied noir Albert Camus. Ben Bella reflected that French footballers usually outperformed the natives because they were far better fed. 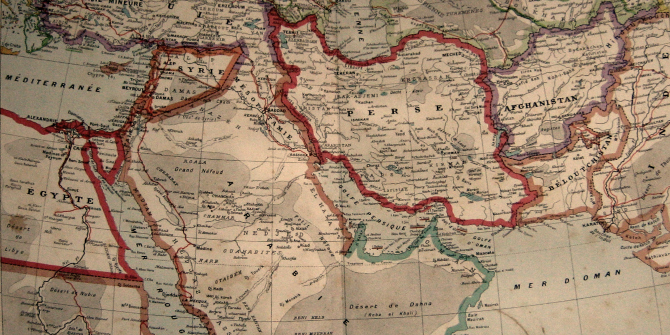 Its cast of characters, including colonial governors, mercenaries and the odd dragoman, foreign correspondent or spy, owe more to Flashman than to Gramsci. But eyewitness accounts of French atrocities in Syria, British repression of the Arab rebellion in Palestine or the execution of peasants in the Nile Delta village of Denshawai in 1906 are bleak reminders of the impact of racist-tinged assumptions and policies on often nameless folk who left little trace in metropolitan archives but lived on in popular culture and memory.

The author spent years working for the BBC, and this very readable book began life as a series of radio documentaries. It is a tribute to the journalistic instinct to record personal experiences that illuminate the background against which great events and less visible changes take place. Interviews, unpublished letters, diaries and long-forgotten memoirs have provided rich pickings from a not so distant past. Nuggets include the wealthy Egyptian Jewish Communist Henri Curiel running a clandestine Marxist training school on his father’s estate before the birth of Israel turned Jews into a suspected fifth column; and British oilmen waiting in Abadan’s Gymkhana club with their golf clubs and tennis rackets to be evacuated by sea in 1951 as a Royal Marine band pumped out ‘Colonel Bogey’.

Hardy’s is a carefully balanced view of the aftermath of the short but hugely influential European presence in the Middle East and North Africa. The former colonial powers propped up and occasionally overthrew nationalist autocrats whose failures encouraged the growth of Islamist movements. But he argues too that ‘the notion that (Arab states) are passive victims of Western imperialism is both self-serving and facile’. He also briskly dismisses the fashionable ISIS/Daesh-driven exaggeration of the significance of the 1916 Sykes-Picot agreement and other post-WW1 ‘lines in the sand’ to focus more sharply on the dismal shortcomings of the post-colonial era. Just one niggle: the ruling family of Saudi Arabia is (still) the Al (upper case, no hyphen) Saud, like the Al Thani in Qatar, and not to be confused with the more common Arabic definite article.

Ian Black is Visiting Senior Fellow at the LSE Middle East Centre. He is a former Middle East editor, diplomatic editor and European editor for the Guardian newspaper. In recent years he has reported and commented extensively on the Arab uprisings and their aftermath in Syria, Libya and Egypt, along with frequent visits to Iran, the Gulf and across the MENA region. He tweets at @ian_black.

Posted In: Africa and the Middle East | Britain and Ireland | Contributions from LSE Staff and Students | Europe and Neighbourhoods | History | International Relations