If democracy is in a bad state and marred by chronic distrust, what is the remedy? In Against Elections: The Case for Democracy, David Van Reybrouck suggests an ancient solution: sortition, or the selection of officials from the general public through a lottery system. While the book does a great job of opening up discussions of elections, democracy and political power through comprehensive and well-presented historical research, Ben Margulies questions whether the solution to debates over political representation lies in a process of mere chance. 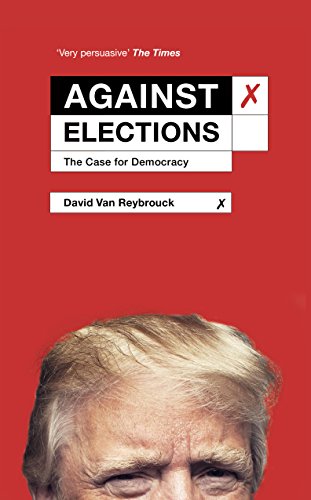 The public sphere is full of analyses and lamentations about the inability of Europe’s current political parties and elites to represent their peoples/electorates/nations. Peter Mair’s Ruling the Void provides an excellent history of the problem. The end of the Industrial Revolution in the 1960s-70s saw the decline of large class structures, and thus the identities that allowed parties to represent big class or occupational groups; the end of Communism and the triumph of neoliberalism left existing parties with only one ideology to choose from. Parties became state-funded agencies run by media or policy experts as there was no mass base to provide a wider pool of leadership recruits; they became a ‘cartel’ of parties and a ‘caste’ of party leaders. These are despised by an increasingly disengaged, volatile, capricious and angry electorate. The end result is nasty or irresponsible populism.

This review looks at one author’s novel approach to solving our crisis of representation. David Van Reybrouck, a Belgian author and public intellectual, wrote an excellent history of The Democratic Republic of Congo. In his newest book, Against Elections: The Case for Democracy, he reprises some of Mair’s points about the decline of party-electorate linkages. His solution is to bring back sortition – that is, the selection of public officials through the drawing of lots. To Van Reybrouck, the problem isn’t democracy, it is ‘electoral-representative democracy’ and ‘electoral fundamentalists’.

Van Reybrouck argues that the electoral principle has long been understood as undemocratic. The ancient Athenian polis, whose constitution he discusses in great detail, only deployed election to offices requiring specific expertise, such as military positions; otherwise, magistracies were chosen by lot. This system found endorsement by Montesquieu and Rousseau, but was abandoned for the more aristocratic principle of election by the bourgeois meritocrats of the French and American revolutionary eras. It became the election of ‘men who possess the most wisdom to discern, and the most virtue to pursue the common good of society’ (The Federalist Paper #57). This mechanism eventually became embedded in a system of mass parties: a ‘democratisation of elections’ Van Reybrouck condemns as ‘a bogus process’ aided by the redefinition of the word ‘democracy’ and the association of sortition with military conscription. 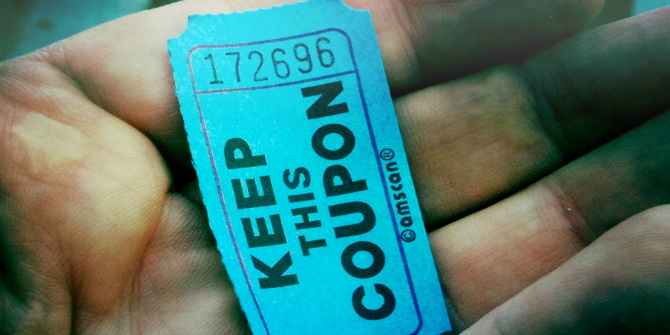 Key to Van Reybrouck’s diagnosis and proposed solutions is a specific idea of democracy, and an implicit idea of how society is organised and should be represented. Van Reybrouck seems to see elective representation itself as aristocratic, at least for offices not requiring special knowledge. ‘Democracy is not government by the best in our society, because such a thing is called aristocracy, elected or not […] Democracy, by contrast, flourishes precisely by allowing a diversity of voices to be heard’ (152-53). He wants to deal with the problem of the elite-electorate gap by collapsing it completely.

Van Reybrouck certainly makes a valuable contribution to political theory and discussion with his book, and he is a skilled author and researcher. His sketch of how classical Athens worked is one of the best parts of the book, and I would enjoy seeing him put his skills to a history of its democracy. Indeed, the book serves as a very good introduction to the history of sortition in classical, medieval and modern politics, using examples from Europe and North America. Anyone wanting to experiment with Van Reybrouck’s theories will find plenty of practical guidance here.

However, Van Reybrouck’s proposals, however innovative and fresh, only deal with a single aspect of modern disaffection: the alienation of voters from parties and politicians. That’s no small thing, but it is also not a freestanding problem. Politicians may seem like cookie-cutter reproductions of the same neoliberal PR account manager, but that is partly because free-market liberalism has been the only ideology on offer for something like a quarter century, because capital has broken free of national borders and eroded the public sphere. Those global pressures transcend national boundaries, and the ideologies that justify them do as well; simply changing the way states select officials fails to address that larger problem. Greece could pick a new government by drawing lottery balls tomorrow; that government would still have to deal with the bond markets. And Van Reybrouck’s model still relies on experts and officials to help advise the citizens chosen by lot. Nothing suggests that these counsellors would be any more ideologically diverse than the technocrats currently employed by the IMF, the European Union or various finance ministries.

Another problem is Van Reybrouck’s approach to structures other than parties that lie between the citizen and their state. It is perfectly legitimate to complain that ‘lobbies, think tanks and all kinds of interest groups’ have more access to the policymaking process than ordinary citizens (156), but he also seems to assume that those sorted into policymaking or review roles will neither be members of political parties nor engage in ‘tactical voting […] political haggling [or] back-scratching’, instead making decisions ‘according to their conscience, according to what he or she feels best serves the general interest in the long term’ (146).

This implies that there is only one definition of the general interest, which everyone can neutrally work out with enough ratiocination and good will. This ignores questions of class, race, occupation, sub-nationalism and all the other identities, material interests and philosophical concerns we carry into politics. How would this work in a federal system, where you effectively have not just one general national interest, but also the general interests of several states or provinces? From an economic standpoint, how do you come up with a general interest that distributes (or more challengingly, redistributes) resources? For all his condemnation of the first bourgeois republicans of the late-eighteenth century, Van Reybrouck borrows their ideas about a politics without party. That worked for Enlightenment liberals because they could pretend there was only one general interest, since the elected represent only one class of capital owners. He lists several examples of premodern political units that used lot-drawing, but in all of these cases, the ‘citizens’ were a homogenous group of a few thousand or ten thousand men of similar wealth.

In any case, choosing governors by lot does not automatically mean that the public will see those chosen as representing them. Sortition may produce a more representative assemblage of policymakers, but it does not actually empower ordinary citizens unless they are chosen. In Van Reybrouck’s touchstone, Athens, this was not a problem: every citizen was part of the legislature, and there were more than a thousand executive and legislative posts chosen by lot. Every citizen was in some way empowered (a task made easier by excluding most inhabitants from citizenship), and service in an executive role was almost impossible to avoid. In a modern state, this sort of mass participation is not possible, so most citizens will, at most, get to leave comments on the assembly website or vote in occasional referenda. Elections are democratic precisely because they grant choice to citizens, even if it is only a Schumpeterian choice between elites.

Finally, the book’s model for a system run on these ‘aleatory-democratic’ (‘aleatory’ meaning ‘based on chance’) lines, though very thoughtful, is also hugely complex. It involves no fewer than six types of assembly: An assembly to set the overall agenda; ‘interest panels’ to propose specific legislative topics; a review panel to prepare detailed bills; a ‘policy jury’ that would vote on the bills (but not debate them); an oversight council to handle complaints and judicial review; and a rules council to set rules for the other bodies. It is unlikely even the most educated, wonkish voter would find such a Rube Goldberg machine an attractive model. It reminded me of Olivier Bernier’s description of the legislature in Napoleonic France: ‘The Tribunat was composed of one hundred members who discussed the bills brought to it by the executive, but could not vote on them. The Corps Législatif had three hundred members who voted the bills into law, but could not discuss them’ (65).

Van Reybrouck does politics a great service by opening up our discussions of political structure and agency, questioning age-old ideas about elections, representation and the division of powers. That, and his considerable and well-presented historical research, make this book well worth reading. But in an age of such profound citizen dissatisfaction, it is far from clear we can leave something as central as representation to mere chance; leaving things to the supposedly ‘aleatory’ justice of the market is, after all, part of what got us into this mess.

Ben Margulies is a Postdoctoral Fellow at the University of Warwick. Ben’s research background is primarily in comparative and European politics, especially the quantitative analysis of trends across countries. He is also interested in the ways that nations and party systems respond to migration and globalisation. He obtained his PhD from the University of Essex in 2014, and has published articles in Comparative European Politics, the Rivista Italiana di Scienza Politica and the Australian Journal of Political Science. Ben earned a master’s in comparative politics at the London School of Economics in 2007, and did his undergraduate work at New York University. He is originally from Dallas, Texas. 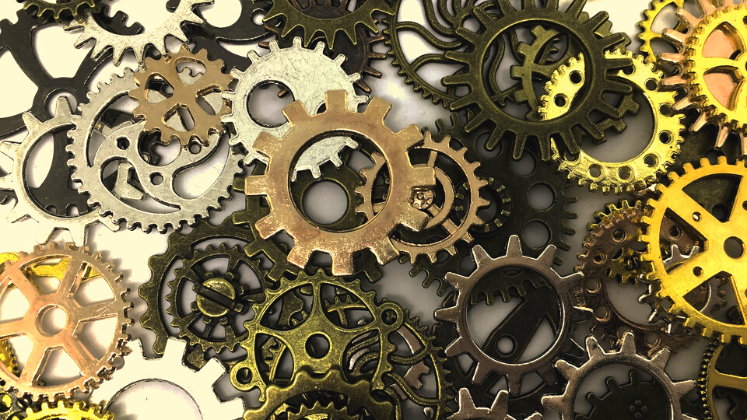 Book Review: How the World Really Works: A Scientist’s Guide to Our Past, Present and Future by Vaclav Smil