In Improving Criminal Justice Workplaces: Translating Theory and Research into Practice, Paula Brough, Jennifer Brown and Amanda Biggs bridge academic research into organisational behaviours and the experiences of workers within criminal justice workplaces at a time of significant funding cuts and decreasing morale to both identify a number of problems and to suggest strategies and solutions. Emma Smith finds this a well-researched, timely and informative text that sheds light on the effects of austerity upon criminal justice organisations. 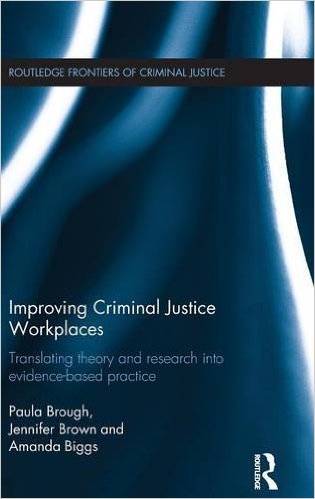 As indicated by the title, a main focus is on the application of theory and research as it translates into evidence-based practice for organisations working within the criminal justice sector. The book thus includes ample references to the existing body of academic literature on occupational/organisational behaviours and the management of workers’ health and wellbeing, drawing on the authors’ own research experiences. In addition, there are chapters addressing a range of research methods or ‘tools’, including focus groups and the Delphi technique; the authors suggest their direct use to managers of criminal justice organisations to better enable understanding of the relevance and application of academic research to organisational practices.

Improving Criminal Justice Workplaces comprises three parts. Part One is primarily theoretical and is concerned with ‘framing issues’, referring to concepts such as ‘occupational culture and organisational justice’ (Chapter Two) and ‘professionalisation’ (Chapter Six) that shape existing organisational behaviours. Part Two presents commentary on several key research tools currently used to build knowledge and understanding and to devise solutions to organisational issues. The chapters also discuss the benefits of collaboration between criminal justice organisations and academic researchers. Part Three focuses on five key areas that can affect criminal justice organisations (including work-life balance and discrimination), and suggests ways in which organisations can implement positive changes to address these issues, as informed by research findings. 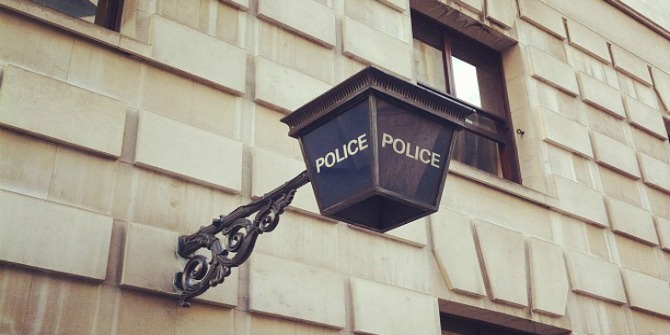 Overall, there is a sense that professionalisation has been met with cynicism and leads to discontent amongst employees. It has been seen to de-skill and devalue workers, reduce their autonomy and morale and heighten stress; this has affected both uniform and senior rank workers, leading to tensions between the two in some cases. The authors end the chapter by suggesting ways in which these issues may be remedied: for example, by organisations adopting a more proactive role in their professionalisation, such as through setting up a College. They also point to the negative consequences of enforced professionalisation, notably an increased lack of trust between managers and employees, linking to later discussions on how this might be improved.

The gender dimension of work-life balance is given due focus, highlighting how an increased numbers of females within criminal justice workplaces, working full-time alongside bringing up a family, has presented challenges for organisations, such as the need for reduced or flexible working hours and parental leave. Related to this, there is discussion of how gender has regularly featured in debates on work-life balance, having been previously considered an issue only affecting women as the primary recipients of maternity leave (now parental leave). The continued association of women with the issue of work-life balance is discussed with reference to increased cases of pregnancy discrimination. As noted by the authors, however, increasingly both men and women are seeking provisions that allow them to spend more time on activities outside the workplace, thereby indicating a reduction in gender differentials with regards to work-life balance. This chapter could have benefited from more research examples of the effects of achieving work-life balance in a variety of criminal justice workplaces beyond the police and legal professions; however, this reflects the relative infancy of the concept and the need for further research.  Generally, however, this chapter, as with the others on organisational problems, is timely and informative, highlighting the key issues that currently underpin the workings of criminal justice organisations and require improvement for the purposes of enhancing employee wellbeing.

The chapters focusing on methodological tools are similarly well-informed. As one example, Chapter Eight clearly outlines the distinction between qualitative and quantitative research methods and approaches before a thorough commentary on the use and applicability of focus groups. Readers are given a step-by-step guide to conducting focus groups, including some key challenges and areas for reflection: for example, ethics and post-focus group analysis. Although the chapter serves as a general commentary, the authors ensure its relevance through various references to the specific issues raised by the use of focus groups in criminal justice occupations. This includes solidarity amongst employees, meaning workers are less likely to offer views that contrast with their colleagues, and the masculine culture promoted within some organisations, whereby the stigma associated with discussing particular topics (for example, stress) results in worker reluctance to engage fully with such concerns. Like other chapters within the book, a reference list is provided at the close of the chapter should readers wish to follow up on these.

In Improving Criminal Justice Workplaces, the authors present a well-researched and informative text that offers much scope for reflection, further research and potential changes to the current workings of criminal justice organisations. Both timely and internationally relevant, it provides a theoretical and empirical body of evidence that demonstrates the key features and problems associated with organisational behaviours, in addition to strategies and solutions to improve them. Improving Criminal Justice Workplaces has the potential to attract a wide readership, including practitioners within the criminal justice sector and managers who are seeking to achieve particular organisational goals and who would benefit from understanding the factors that can impact upon employees’ health and wellbeing and, in turn, productivity within the workplace. The book will also attract researchers within criminological/criminal justice fields, those seeking to undertake fieldwork within criminal justice organisations and those with an interest in the effects of austerity upon the activities and behaviours of different workplaces.