In Eisenhower and Cambodia: Diplomacy, Covert Action and the Origins of the Second Indochina War, William J. Rust focuses on the origins of the Vietnam War by examining the lesser studied relationship between the United States and Cambodia under the presidency of Eisenhower. Drawing upon an impressive wealth of documents, this book masterfully shows the disastrous consequences of US efforts to draw Cambodia away from a position of neutrality, writes Elizabeth Becker. 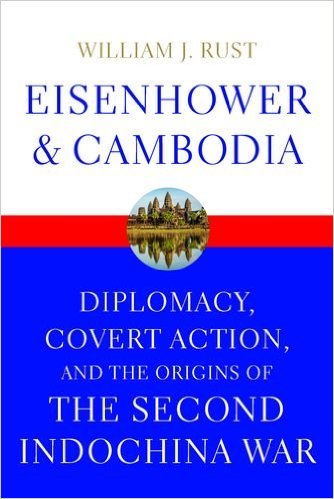 The American intervention in Cambodia is one of the most notorious in modern US history. The secret 1969 bombing of Cambodia’s eastern border was considered an impeachable offense in the case against President Richard M. Nixon. The 1970 US invasion was protested by the largest student strike in US history; at the Kent State protests, National Guard soldiers killed four of those students. It took the combined effort of Congress and the Supreme Court to stop the US carpet-bombing of Cambodia in 1973.

Despite the massive bombing and hundreds of millions of dollars in US aid, the corrupt and inept Cambodian government that the US supported lost that war. The much smaller and poorly equipped army of the Khmer Rouge won. The Cambodian communists went on to commit one of the worst genocides in the twentieth century, killing more than one fourth of the population in three years.

Diplomatic histories of this ruinous intervention have understandably centred on the administration of Nixon and his senior advisor, Henry M. Kissinger, who were together responsible for those policies. William J. Rust’s major achievement in Eisenhower and Cambodia: Diplomacy, Covert Action and the Origins of the Second Indochina War is to focus on the beginning of the US Vietnam War and show with impressive documentation how the US was secretly attempting to undermine Cambodia’s neutral government in the early years.

In some quarters President Dwight D. Eisenhower has a reputation for moderation and restraint in foreign policy. But this was not the case in Indochina. Eisenhower’s policy towards Cambodia was an unbending ‘Us versus Them’ ideology with no room for outliers. By scouring thousands of previously classified documents and new primary source materials, Rust shows how Washington refused to accept Cambodia’s stance as a neutral country and used covert actions and its massive financial and military might to push Cambodia into the US camp, conspiring with Cambodia’s neighbours and dissidents. While the outline of this history has been known, there was some question over US responsibility. Rust’s work eliminates any idea of American innocence. After reading this book, the subsequent 1970 US invasion seems almost inevitable.

The 1954 Geneva peace accords, which ended the French colonial rule of Indochina, ensured that Cambodia could be a neutral state. The US rejected much of these, particularly the unification of Vietnam through national elections, and became the new patron of South Vietnam in the war against the Vietnamese communists in the north. For the US, Vietnam became an essential front in the global campaign against communism. 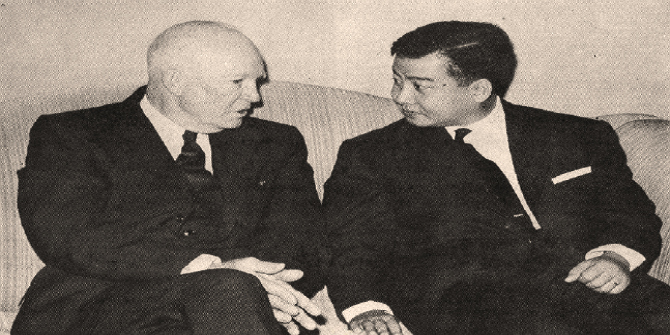 To that end, the Eisenhower administration was deeply suspicious of Prince Norodom Sihanouk, the Cambodian leader who considered neutrality the only chance for his country to survive another war being waged in neighbouring Vietnam. John Foster Dulles, Eisenhower’s Secretary of State, put it succinctly: ‘a policy of indifference or of aloofness to the problem of the spreading of the Communist evil is not a sufficiently strong inoculation to protect the body politic from this Communist attack’ (98). The prize was control of Cambodia’s eastern border region.

Cambodia was the geographic centre of the larger Vietnam battlefield. South Vietnam was its eastern neighbour and the frontline of the US anti-communist crusade. Thailand, its western neighbour, had joined the US side by opening its airfields to the US military. US planes based in Thailand dropped bombs across Vietnam and later Cambodia.

Both the communist government of North Vietnam and the anti-communist forces under President Ngo Dinh Diem in South Vietnam used Cambodian border regions to attack each other. Both ran afoul of local Cambodian forces but Sihanouk would often turn a blind eye to avoid further escalation and the spread of war to his country.

But South Vietnam pushed for more than access to the border regions. With Thailand, Saigon openly supported Cambodian dissidents trying to overthrow Sihanouk and put an end to Cambodia’s neutrality. The Prince knew of these attempts and asked the US to help him by using its significant leverage to convince Saigon and Bangkok to stop meddling in Cambodian domestic politics. Washington repeatedly refused, and privately officials belittled the Prince, describing him as ‘vain’, overly ‘sensitive’ (87) and ‘a spoiled and willful brat’ (136).

Frustrated, Sihanouk publicly suggested that the US wanted him overthrown.  He looked to the communist side of the Cold War to balance this threat from the US. The Prince travelled to the Soviet Union and China where, on a state visit, he won a promise from Mao Zedong that North Vietnam would not interfere in Cambodian domestic politics (89).

China kept its word. As long as Sihanouk was in power, the local Cambodian Communists – the Khmer Rouge – did not receive North Vietnamese support to overthrow the Prince. The United States was not happy. In 1958, Eisenhower signed a secret directive to ‘encourage individuals and groups in Cambodia who oppose dealing with the Communist bloc and who would serve to broaden the political power base in Cambodia’ and repeatedly authorised ‘covert operations designed to assist in the achievement of U.S. objectives in Southeast Asia’ (143).

The US collusion with South Vietnamese treachery exploded in public in 1959 when a CIA agent was caught in a plot to overthrow Sihanouk. Dap Chhuon, a disaffected Cambodian military officer, received gold bars and radio equipment to mount his coup from Victor Matsui, a covert CIA agent officially attached to the US Aid mission.

The US distanced itself from Matsui, but through diligent scholarship Rust uncovers documents showing how Washington played an active role. James Lilley, a CIA case officer, said that ‘this [plot] was set up by a Japanese-American guy attached to our Station there’ (182). The US Ambassador to Phnom Penh admitted obliquely that the CIA was behind the coup attempt: ‘The techniques of some of our brethren were not especially skillful’ (183). Roger Hilsman, a senior official on Asian affairs, confirmed the CIA involvement in a recorded conversation with President John F. Kennedy in 1963. ‘Yes, sir, it is true,’ said Hilsman. ‘They supplied some money and, uh, they were involved in a plot against Sihanouk back before this administration.’

We all know the horrific end of this story. Rust’s masterful accomplishment is to illuminate the beginning, to trace the arrogance of the US determination to push Cambodia into the fires of the Vietnam War.

Elizabeth Becker was a New York Times correspondent who covered international economics and the Pentagon. She was the Senior Foreign Editor at National Public Radio and began her career covering the war in Cambodia for The Washington Post. She is the author of several books including When the War Was Over, a history of Cambodia and the Khmer Rouge, which won a Robert F. Kennedy award. Last year she was an expert witness at the Khmer Rouge tribunal in Cambodia. 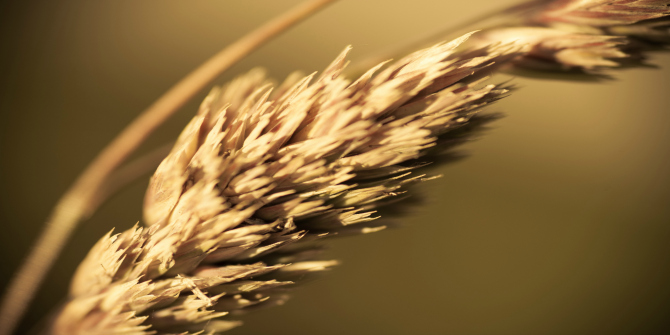 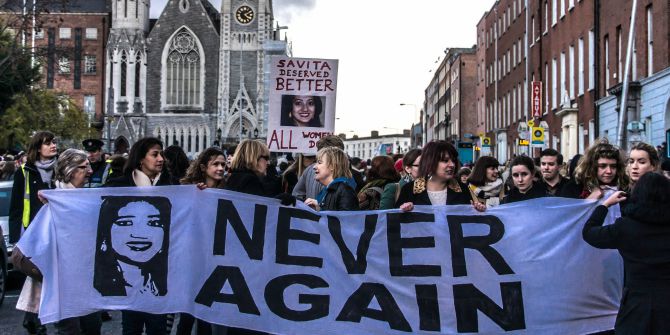