With Populism: A Very Short Introduction, Cas Mudde and Cristóbal Rovira Kaltwasser offer a short but densely packed volume exploring this timely concept. Arguing that populism is a ‘thin-centred ideology’ that can be both beneficial and detrimental to democracy, this is a coherent, measured and accessible critique of populism offering a wealth of insight into how it is practised globally, finds Richard Berry. 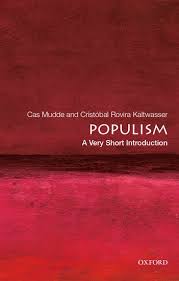 ‘Populist’ has become a dirty word in Western politics, used to insult politicians and parties promoting messages that are unpalatable to those in the mainstream. In this short but densely packed volume, Cas Mudde and Cristóbal Rovira Kaltwasser provide readers with a much deeper understanding of the concept.

The central contention of Populism: A Very Short Introduction is that populism is an ideology, with a set of ideas shared by its adherents. The core concepts of populism are threefold: it is built on an appeal to the people; a denunciation of the elite; and the idea that politics should be an expression of the general will (5-6). But the authors argue that with such vague concepts and no clear prescription for how to organise society, unlike other -isms, populism is a ‘thin-centred ideology’.

The authors argue that populism almost always appears attached to another, fuller ideology. At the present time, two main trends are apparent in this regard:

Given that populism is a thin-centred ideology, addressing only a limited set of issues, almost all populist actors combine populism with one or more other ideologies, so-called host ideologies. Broadly speaking, most left-wing populists combine populism with some form of socialism, while right-wing populists tend to combine it with some type of nationalism.

For European readers accustomed to the nationalist variety of populism embodied by the likes of Marine Le Pen in France or Jörg Haider in Austria, the juxtaposition of socialist populism prevalent in Latin America will be illuminating. Venezuela’s Hugo Chavez or Bolivia’s Eva Morales may be radically different from Le Pen et al in crucial ways, but the similarities in the way they deploy the core concepts of populism are striking. The book also notes other fascinating aspects of populist behaviour: for instance, the tendency of politicians to buy football clubs to reinforce a sense of connection to ‘ordinary people’, as in the case of Italy’s Silvio Berlusconi and Thailand’s Thaksin Shinawatra (71). 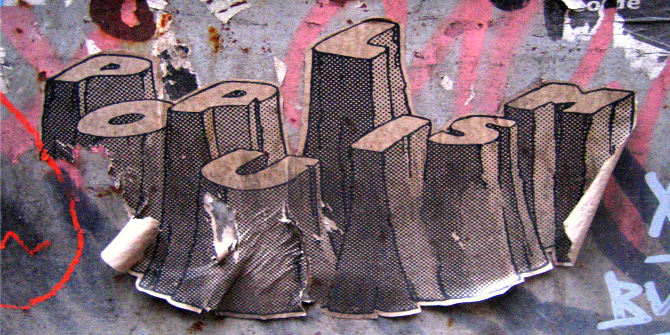 Chapter Five of the book discusses the relationship between populism and democracy. There are instances when there is too apologetic a tone: for example, when the authors argue that the tendency of right-wing populists to dismiss the rights of minority ethnic groups is a result of their nativism rather than their populism (83). However, for the most part, this discussion benefits greatly from the non-judgemental tone adopted by the authors. They contend, essentially, that populism can be both good and bad for democracy:

Depending on its electoral power and the context in which it arises, populism can work as either a threat to or a corrective for democracy. This means that populism per se is neither good nor bad for the democratic system. Just as other ideologies, such as liberalism, nationalism, or socialism, can have a positive and negative impact on democracy, so can populism.

Populism can therefore be democratic, the authors argue. The ideology can be used to give voice to, and mobilise, groups excluded from the political system (83-84), and it entails demands for popular sovereignty that can lead directly to democratisation in authoritarian regimes (86-87). However, populism is not liberal democratic, most simply because of its strident majoritarianism as well as its disregard for institutions protecting minority and individual rights.

In the final chapter of the book, the authors engage directly with current political debates and discuss both the causes of the rise in populism – taking a more critical stance here – and how it might be countered. Causes are considered to include corruption among political elites, major policy failures and a competitive media market that leads media outlets to focus on stories that feed populist narratives, such as regarding crime (100-103). The authors’ advice on how to respond to populism is, broadly, to address these causes while avoiding overreaction, which can happen if mainstream liberal democrats try to either ostracise the populists or adopt their ways:

In trying to win over populist supporters, and perhaps even some elites, liberal democrats should avoid both simplistic solutions that pander to ‘the people’ and elitist discourses that dismiss the moral and intellectual competence of ordinary citizens – both will only strengthen the populists.

Readers might be disappointed that Donald Trump does not feature more heavily in the book, given that he is now the global face of populism, though the book was written, of course, before his surprise election as US President. As a result, he gets just one mention, with the authors noting how he won the backing of many Tea Party supporters in the Republican primary election (50). Cas Mudde has nonetheless spoken on the Trump phenomenon elsewhere if readers want to see how the authors interpret his ascendancy in the wider context of populist ideology.

Similarly, British readers might have expected more discussion of UKIP, mentioned just twice, once in reference to them as being one of very few neoliberal populist parties (35). This is understandable, however, given that similar parties across Europe have achieved greater levels of representation in national legislatures, even if this is largely a result of Britain’s first-past-the-post electoral system.

Overall, Mudde and Rovira Kaltwasser have produced a book that is both an accessible introduction to the study of populism and a mine of information on how it is practised around the world, as well as providing a coherent and measured intellectual critique of the ideology.