In Rival Power: Russia in Southeast Europe, Dimitar Bechev offers a nuanced and cool-headed account that challenges dominant narratives surrounding Russia’s influence in Southeast Europe. With the book emphasising the role of pragmatism over ideology when it comes to understanding relations between Russia and the Balkan states, this meticulously researched study is essential reading, recommends Tena Prelec. 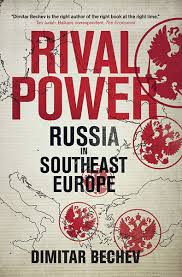 Russia’s influence in Southeast Europe has become an ardently debated topic of late. Since affairs between Moscow and the West have taken a more confrontational turn, the Balkans – touted as the soft underbelly of Europe – have once again come under the spotlight as the playground Russia is supposedly using to undermine the West from within. Does Russia have a coherent plan in this sense, and does it have the resources to pull off such a feat? Dimitar Bechev’s answer is ‘probably not’.

Rival Power: Russia in Southeast Europe is the first academic long-form effort written after the turn of the century to tackle this heated subject (James Headley’s 2008 work only considers former Yugoslavia), and as such it would have been easy for its author to indulge in attention-grabbing arguments, spurring a wealth of headlines. Instead, this is a nuanced, cool-headed and meticulously researched account that goes against the dominant narratives abounding in mainstream media. The scholarly community is lucky that it was Bechev to write this book, and at this time: no doubt, polarising and alarmistic analyses will keep arising, but we are now armed with a work that sets the record straight.

The myths dispensed by Bechev are at least two-fold. The book shows that ideology (intended especially as historical and religious ties) is a much less relevant factor than pragmatism when it comes to Russia’s relations with South East European countries. Furthermore, it reverses the narrative of Russia as a predatory presence, with the Balkan countries the victims of its aggression. The book highlights how the local players, far from being mere pawns, were able to take advantage of Moscow’s game in the Balkans to exploit it for their own gains, which range from cuts in Russia’s investment ventures (primarily in oil and gas) to hedging their political bets with the West by projecting the scare of a possible Russian takeover – this last aspect being a line of inquiry which could have perhaps been developed further.

The book is divided into two parts. In Part I, the issue is examined with a historical approach and takes countries and territories (former Yugoslavia; Bulgaria and Romania; Greece and Cyprus; and Turkey) as starting points. The prism of the analysis is reversed in Part II, where we are taken through the subject matter along three dimensions: security (‘From a military standoff to hybrid warfare’); the economy, which is told through the all-important energy sector (‘Playing the energy card’); and soft power (‘The allure of Russia’s might’). The second section is shorter than the first, and yet it aptly completes the narration: the double perspective allows the book to offer a comprehensive and fully rounded account, while a lone country case study approach would have left the argumentation wanting. 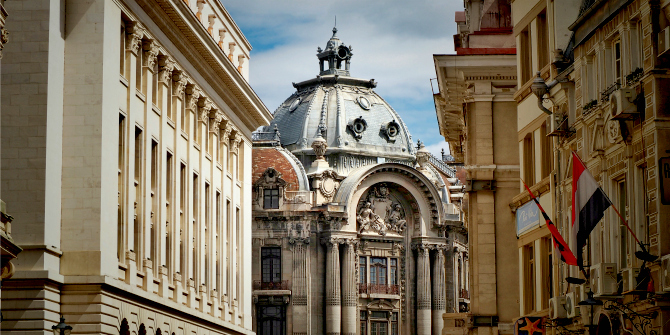 The wide array of countries examined in the book should not put readers off. Bechev is no impromptu expert: he has a towering understanding of the multifaceted region, with a remarkable knowledge of the countries’ history, politics and their many languages. The book is written in his usual engaging, clear and concise style. The author seamlessly switches from captivating historical narrative – full of interesting detail, but never too prolix – to analysis of the economic and practical motives, complete with duly-noted hard figures.

The work also benefits from a non-partisan tone. While the overall thesis sets out that it is pragmatism rather than ideology that underpins the actions of both Russia and of the local players, and that alarm concerning Russia’s meddling in the Balkans to destabilise Europe is overblown, Bechev does not shy away from documenting all the indications pointing to the contrary. He concedes, for instance, that ‘Moscow benefits from instability on Europe’s periphery’, and that ‘Russia and Putin command a tremendous amount of support across countries with Eastern Orthodox majorities’. The reader is thus never left with the uncomfortable feeling that the book is pushing an agenda.

The discussion therefore does not discount the appeal of soft power, but puts it into perspective, highlighting how Russia plays a weak hand very well, and how local actors have a significant role in the process. It also convincingly emphasises that, by focusing on former Yugoslav countries in the ‘Russia and the Balkans’ narrative pushed by the media, we often fail to appreciate the dynamics playing out in areas where Moscow has in many ways an equally large – if not wider – impact and relevance, such as Bulgaria, Cyprus or Turkey. Finally, it is particularly valuable in showing how ‘dysfunctional democracies, state capture, and the backslide to authoritarian politics are, on a whole, homegrown ills, not an outcome of a sinister Muscovite plot’.

It is difficult to spot any glaring shortcomings. Political scientists should not expect a predictive account, finding models for the future: this is an explanatory inquiry, and its predictions – outlined in the conclusion – are fittingly limited to the area of examination. Bechev argues that, going forward, Southeast European countries will largely stick to the West as the rewards to be reaped from it are expected to be higher, while at the same time keeping their options open. On a larger scale, it is argued that the West possesses the power assets but is disoriented as to what to do with them, while Russia is defined as an ‘opportunist’ with a clear set of goals but not enough means to achieve them.

For all those who are interested in the Balkans and in Russia, and especially in the intersection of the two, Rival Power is essential reading. It is a book to peruse with pleasure, but also to keep as a reference guide. It has synthesis and depth. This work will no doubt constitute the standard against which to judge future efforts on the topic in the years to come, and the bar is now set very high.

Tena Prelec is a Doctoral Candidate at the School of Law, Politics and Sociology of the University of Sussex, a Research Associate at LSEE-Research on South Eastern Europe (LSE European Institute) and Editor of British Politics and Policy at LSE. 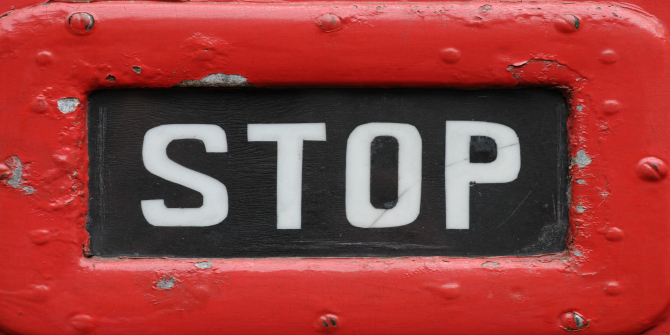 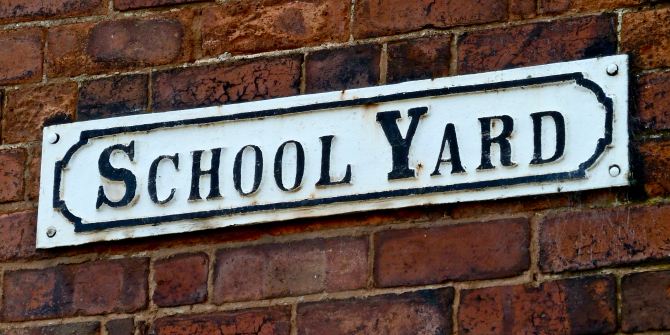