In Arab National Media and Political Change: Recording the Transition, Fatima El-Issawi examines the role of traditional media, including television, radio and print, in the wake of political transitions in Egypt, Libya and Tunisia. In contributing to understandings of the complex relations between journalistic practice and politics, the book deserves to be read and referenced by media and MENA scholars as well as anyone who has an interest in the changing shape of the media and democracy, recommends Aida Al-Kaisy. 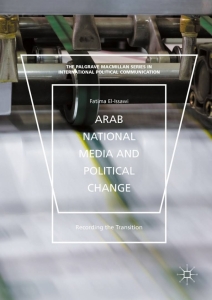 We are living in an age where the roles of both the media and democracy are under scrutiny. Election results can be determined by ‘fake news’. Referendums are undermined and questioned by heavily politicised media narratives. The practices of the media and government globally are contested, and contestable. Governments and internet companies are reshaping notions of freedom of expression allegedly in the interest of national security and anti-terrorism. The hopeful days of the ‘Arab Spring’ (sic) seem a bygone era. Yet when one reads Fatima El-Issawi’s book, Arab National Media and Political Change: Recording the Transition, its themes feel even more relevant and applicable, not just to the MENA region or even to countries in transition but globally. In her conclusion, when El-Issawi states ‘the role of media is essential in allowing dissention to take place and to gain visibility without leading to destructive antagonism’, what once seemed a palpable statement on the responsibility of the public sphere becomes a huge indictment of the way the media is functioning today.

Arab National Media and Political Change is based on a large empirical research project that took place in North Africa – namely, Egypt, Libya and Tunisia – over a period of three years. In a valiant effort to shift the narrative away from what is perhaps viewed as a much more distinctive topic – the rise and impact of digital activism in post-Arab Spring North Africa – El-Issawi examines the role of traditional media in the wake of the Arab Uprisings and political transitions. In a region where television in particular, but also radio and print alongside it, have been instrumental in the development of national and political identities, this research is much needed.

Interviews with over 50 journalists from across the print and broadcast spectrums in each country are combined with a historical account of the media landscapes in each country before and after political transitions as well as a wide range of case studies into how this was covered by the national media. This type of extensive qualitative fieldwork is rare in this field. El-Issawi focuses on the changes to newsroom practices – although importantly in the case of Egypt, she also includes a section on talk-show hosts and their dangerously close relationship with key political actors in the Egyptian government. 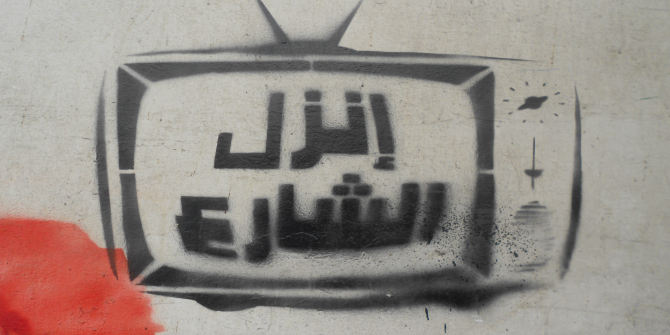 In the book, El-Issawi makes two key points. Firstly, journalistic practice continues to be shaped by political context. Whereas at the start of the transitions journalists adopted the position of activists and advocates for change, the relationship between the media and the political sphere sees them end up as political puppets and messengers. Secondly, in part as a result of the first point, we now see the emergence of a hybrid form where the journalist embodies ‘a mix of authoritarian and pluralistic practices’ (64).  Journalistic practice is therefore shifting between the position of advocate, lobbyist and informer, amongst many roles. These points are integral to any worthwhile debates on media professionalism and independence, and El-Issawi supports her claims with empirical evidence and media content examples.

Quite rightly, El-Issawi does not ignore the digital sphere in her work, despite the book’s focus on what is known as the traditional media landscape. In the chapter entitled ‘Journalists Versus Activists? Traditional Journalism and Cyber-Activism’, El-Issawi explores how journalists are using social media for a number of purposes: to network professionally; to connect with their audiences; and to find and receive information. She examines the impact that social media is having on newsroom practices, and purports that ongoing issues with accuracy and fact-checking in this region are further aggravated by the use of platforms such as Facebook to shape news coverage. She tackles head-on one of the issues of our time: ‘the fine line between rumours and news’ (146).  El-Issawi uses this chapter to demonstrate how social media can at once be a tool offering alternative narratives not seen in the mainstream media; yet, when subject to the shackles of the traditional press, this can break down. This chapter therefore provides a great argument for the importance of media literacy for both journalists and audiences.

Some points in her argument leave room for elaboration and further analysis. For example, El-Issawi rightly points out the issues associated with facilitating media pluralism in environments where political pluralism is still in its infancy. She examines structural issues and determines that neither regulatory nor legislative frameworks are enabling media independence or freedoms, concluding that journalists are struggling to fulfil their watchdog role. Yet, throughout her text, she also refers to understanding the ‘lived experiences’ of journalists, suggesting that there are likely to be agential forces that might override the structural. A greater consideration of journalistic agency would have added further depth to this research and given it the academic edge that it sometimes lacks.  In the chapter on state media reform, for example, where El-Issawi concludes that state media is unable to compete with the private media sector, readers could have benefitted from a greater comparison between responses from journalists working for state media versus those working for private.

The book makes a good point about how the chaotic media environment may have contributed to public disappointment with the democratisation process. However, I slightly struggled with the book’s assumption that, due to democratisation and transition, the state media is no longer government-controlled, hence the confused state of journalists working in the state media. In fact, to some extent, El-Issawi’s research actually negates this point by providing some evidence to suggest that government control of the media manifests itself in even more insidious ways. A deeper examination of media financing might also have provided a more nuanced understanding of what government control actually entails.

This research is a great start to considering questions around both professional and personal identity and left me wanting to know more. It adds substantially to previous media and democratisation scholarship – which, in the main, draws on Western norms and perspectives – providing both instrumental insight and using new examples of democratic transition attempts in non-Western contexts. It also offers an excellent overview of the regulatory and legislative landscapes in each of the three countries studied and will be a useful reference tool for academics, policymakers and the media development community.  The book is littered with countless specific examples of how journalism has shifted in the region over the last seven years, drawing comparisons with similar experiments in other areas such as Latin America and Eastern Europe. For this reason, it deserves to be read and referenced by media and MENA scholars as well as anyone who has an interest in the changing shape of the media and democracy.

Aida Al-Kaisy is a Media Reform Advisor and has worked extensively on media development projects across the MENA region, including in Iraq and Jordan. She is currently working on a number of projects, focusing on issues related to youth engagement in media, media in conflict, social cohesion and the media and the development of independent media platforms in MENA amongst other things. She is completing a PhD at the School of Oriental and African Studies, University of London, on the performance of the media in conflict, using Iraq as a case study.

Aida Al-Kaisy is a Media Reform Advisor and has worked extensively on media development projects across the MENA region, including in Iraq and Jordan. She is currently working on a number of projects, focusing on issues related to youth engagement in media, media in conflict, social cohesion and the media and the development of independent media platforms in MENA amongst other things. She is completing a PhD at the School of Oriental and African Studies, University of London, on the performance of the media in conflict, using Iraq as a case study.