In the second edition of Networks of Outrage and Hope: Social Movements in the Internet Age, sociologist Manuel Castells conceptualises the relationship between social movements and the internet age through the notion of ‘the networked social movement’. While the book utilises an admirable empirical dataset and shows deep understanding of the fluidity of contemporary social movements, Helton Levy wonders if Castells’s optimistic vision neglects lingering issues, including state surveillance and the digital divide. 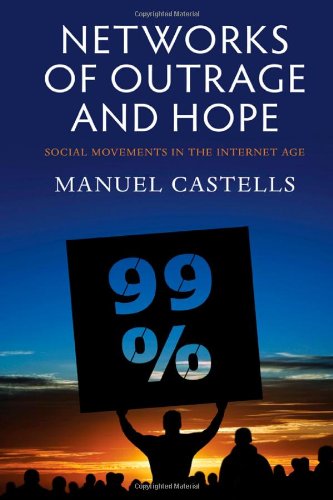 The emergence of new social movements has lately become a hot topic, as seen by the recent media popularity of groups such as Occupy or Spain’s Indignados. In Networks of Outrage and Hope: Social Movements in the Internet Age, sociologist Manuel Castells aims to conceptualise their relation with the Internet, or what he defines as the networked social movement. Author of other famous net-optimistic titles such as The Rise of The Network Society (1996), Castells preaches of a world in which the Internet not only centralises our communicational routines, but also liberates individuals to shape a new autonomy, to reclaim power and to shake the political scene, leading to social change. By coordinating their offline action with other online initiatives, networked social movements could become ‘super counter powers’ that are able to articulate in multiple settings, converge into transnational agendas and achieve an unseen political accountability.

This second edition incorporates recent cases from Brazil, Turkey, Chile and Mexico, before then reintroducing the thesis. The networked social movement appears now as an extended and successful idea, having migrated from screens and streets to a more direct engagement with institutionalised power. Castells firmly believes that Occupy should be read beyond momentum, with its counterparts spreading across very different countries and contexts. The reintroduction of the Arab Spring into this conversation, despite the controversies around its real existence, envisions the networked movement as a universal phenomenon. Castells revisits the case of Tunisia; but instead of people, it is Internet organisations that are at the forefront: ‘The connection between free communication on Facebook, YouTube, and Twitter and the occupation of urban space created a hybrid public space of freedom that became a major feature of the Tunisian rebellion’ (23).

In the academic literature, Networks of Outrage and Hope has been much criticised for being more about hope than outrage: firstly, for the technological determinism on which the book grounds its premises, whereas a critical outlook that includes multinational corporations, such as Google, could clarify who actually runs the ‘Internet’. Secondly, for its one-dimensional, compulsory ‘Internet age’, in which ‘people’ actually means ‘users’ whose main fate rests in interacting with machines without objection or resistance. Discomfort with Castells’s triad of online communication, political engagement and power stems from the fact that the networked social movement appears here as a continuation of the networked society, which is itself an unfinished idea: namely, the dependence on sharing experiences to build meaning and then forming associations. Ordinary citizens would only need to follow this track in order to suddenly break into power: ‘They overcome the powerlessness of their solitary despair by networking desire’ (9). 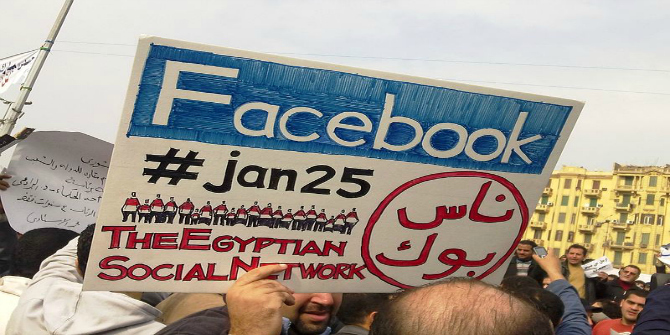 One perceives a rush to claim a ‘power switch’ from offline, old, establishment power to an online, new, ‘people’s’ power, which covers much of Castells’s good empirical dataset. The diverse graphs attached to the appendix try to prove consistent public awareness of movements such as Occupy, which is fine. However, the roots of this popularity, such as links with the mainstream media, remain undisclosed. On the other hand, Castells resumes the search for the idea of an ‘autonomous’ space where citizens’ power happens: a discussion that began in The Network Society. The existence of this ‘autonomous’ space, situated between cyberspace and urban realms, would enable movements to gather and conquer their objectives. Inevitably, the social network appears as its prime example and as the core of this new ‘spaciality’. In this sense, qualities such as togetherness, self-reflexivity and virality split networked movements from ordinary, or offline, social mobilisations and political campaigns.

Castells aims to demonstrate how those qualities can be perceived in recent episodes of great media visibility. He brings up the case of Brazil. In 2013, protests that started in São Paulo as the result of a bus fare hike later became massive demonstrations. That event would be enough to attest to the power of networked movements, sending people out onto the streets and ultimately receiving a direct response from the government. Letting alone that this thesis can be easily contested with many other factors, I will point out that the credit for this improved accountability is neither given to society, nor to the leftist government that was in power. It is rather the product of a new Internet-based mindset. Are these changes for good? The issue of temporality appears unaddressed. Networked movements are celebrated for their leaderless structures, but the ‘charismatic’ activist Camila Vallejo is praised as the Chilean movement’s leader, alongside the support from president Michelle Bachelet (238). Those contradictions unveil more the traditional ambiguity of collective action than a seamless and spontaneous, online-mediated civil reaction, as the author argues.

The book’s merits lie nonetheless in dedicating time to understanding the fluid dynamics of social movements and their important role for contemporary politics. The improvement of social movements’ ability to communicate raises hopes of a more critical public sphere, less vulnerable to being misled by politicians (264). As seen in the final chapter, a connected but disenchanted electorate can offer a risky protest vote, as happened with the Five Stars Movement in Italy. The benefits of well-connected social movements are clear and they can be enormous, even more far-reaching in vibrant democracies. However, the extent to which this connectivity thrives amid a capitalist, entertainment-driven, ‘attention deficit’ Internet, remains, nonetheless, not enough discussed. The constant references to Occupy as the cornerstone of ‘civil disobedience’ and outrage against the system miss the point of a more radical critique, one that could take social movements to new levels of politicisation.

By assigning a less ambitious scope for the ‘networked’ phenomenon, a more credible and exciting reality could instead be described, even if applied to the micro-level. In Networked Publics and Digital Contention (2015), Mohamad Zayani makes the case for Tunisia and narrates on a more realistic basis the impact of the Internet in a young democracy. In Tweets and the Streets: Social Media and Contemporary Activism (2012), Paolo Gerbaudo discusses the illusion of online ‘space’ by receiving many insights from activists. The truth is, while users of Facebook and Twitter, social movements must still struggle today against real inequalities before they can embody good cases of connectivity and Internet power. Perhaps by looking at this social backbone before then exploring communicational possibilities, this would give more credibility to the ‘networked’ as a normative framework. Castells’s book may enchant those who are fascinated with a few mainstream cases of temporary social disruption, but it unsurprisingly fails to add more meaning to the ‘network’ ideal, which, in a time of state surveillance and the digital divide, has not yet lived up to expectations. 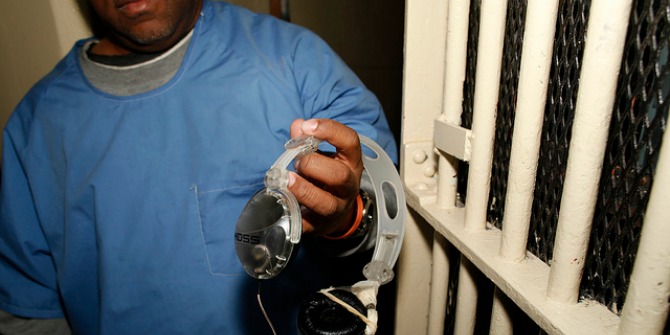 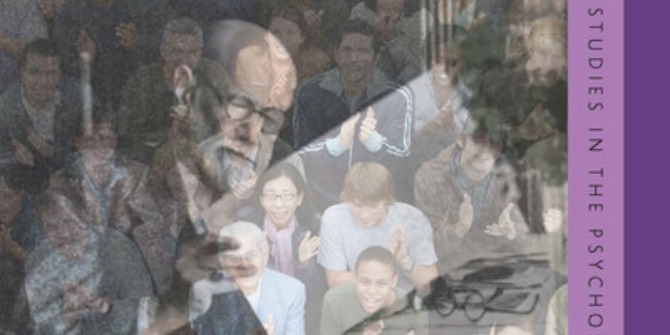