In Youth Movements and Elections in Eastern Europe, Olena Nikolayenko examines the role played by youth activists in mobilising citizens prior to elections against incumbent repressive regimes in post-communist Europe, focusing on Serbia, Belarus, Georgia, Ukraine and Azerbaijan in the early 2000s. Drawing on interviews, government sources, NGOs and media reports, this book offers important insight into the impact of youth movements upon democratisation processes, as well as the challenges they face, writes Anna Nadibaidze. 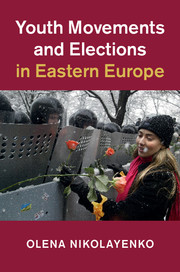 As this book review was being written, protests were taking place across Russia to boycott the upcoming presidential elections in March, which President Vladimir Putin is expected to win. Recent opposition protests in Russia have demonstrated a generational shift, with more youth mobilising against Putin’s regime.

But can we expect such youth movements to be agents of social change, and how can we evaluate their success in mobilising society against governments, especially in ‘hybrid’ regimes which combine democratic and autocratic features, like the ones in many Eastern European countries? Youth Movements and Elections in Eastern Europe, by Olena Nikolayenko, Associate Professor of Political Science at Fordham University, can help address these questions.

Nikolayenko’s starting point is that youth movements can be a major factor in political change. Youth Movements and Elections in Eastern Europe explores youth activism in post-communist Europe, with a focus on how activist movements have tried to mobilise citizens against incumbent repressive regimes on the eve of elections. Using interviews with former movement participants, government sources and NGOs as well as media reports, the book looks at the interactions between youth movements and governments prior to presidential or parliamentary elections in the early 2000s in five Eastern European states: Serbia, Belarus, Georgia, Ukraine and Azerbaijan. 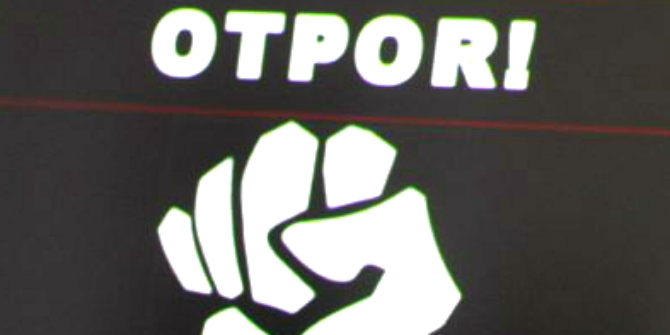 A dilemma immediately comes out of the analysis: in some countries (Serbia, Georgia and Ukraine), youth movements were more successful in mobilising and recruiting support against the regime than in others (Belarus and Azerbaijan). This puzzle, Nikolayenko contends, can be addressed by examining a variety of factors related to both structure and agency.

Based on the argument that elections often create favourable conditions for mass mobilisation against nondemocratic regimes, the analysis begins with a survey of the political environment in the aforementioned states prior to the relevant national elections. Nikolayenko finds that while these were hostile to the rise of youth movements, the difference in some specific political and socio-economic conditions was important in creating momentum for youth mobilisation against the regime. Factors such as divisions within the elite, defections from the security apparatus, the unity of opposition political parties, access to media, influential allies and general socio-economic circumstances played different roles in the countries examined.

For instance, in Serbia, the Otpor youth movement was successful in mobilising against Slobodan Milošević’s regime, partly due to the breakdown of his political alliances, a change in the media landscape and the rise of Vojislav Koštunica as a viable presidential contender. In contrast, tightly state-controlled media, weak civil society and a divided opposition did not help Belarus’s Zubr movement in its struggle against President Lukashenko in the 2001 presidential elections. However, structural conditions provide only a ‘partial explanation for cross-country differences in the level of youth mobilisation’ (26). The book’s main focus is thus on the tactical interactions between protest movements and incumbent governments.

Chapters Four to Eight examine the tactics used by the civil resistance movements in Serbia, Belarus, Georgia, Ukraine and Azerbaijan. Each chapter looks at one country, explaining how youth movements emerged on the eve of elections and exploring the activists’ recruitment tactics, protest methods and relations with opponents and allies. Particular emphasis is placed on the importance of sharing ideas across countries, taking Serbia’s Otpor movement during the 2000 presidential elections as the starting point. The innovative tactics developed by Otpor, such as the use of nonviolence, marketing strategies and a horizontal organisational structure, were a source of inspiration for the movements in the other four countries.

Each chapter also examines the responses from authorities towards these protest movements. The states’ countermoves included negative media campaigns, support for pro-regime youth organisations, administrative pressure upon students and even violence and detainment. The extent to which repressions were severe depended on the type of political regime. For instance, whereas the Georgian government was relatively mild, the Aliyev regime in Azerbaijan engaged in threats of expulsion from university, prison detention and also targeted the families of activists.

While this book does not aim to ‘explain the outcome of electoral revolutions in the post-communist region’ (231), it highlights the importance of looking at the tactics of both social movements and regimes to understand the outcomes of mobilisation during elections. For example, the Pora movements in Ukraine, based on Otpor’s tactics, used its resources to encourage youth to take action, and when the state responded with repressive methods, its activists launched a set of countermoves and campaigns against the regime, which strengthened the success of the youth movement and led to political change in 2004. In contrast, the Azerbaijani youth movements lacked the skills to prepare a backlash against severe state repressions, which prevented the possibility of the movement impacting on the authoritarian regime and society.

The major takeaway from Nikolayenko’s framework is that a complete analysis of civil resistance movements must include a look at tactical interactions between youth and governments. We must take into account both the structural conditions and agency of the movements and of the state when evaluating the success of civic activism in hybrid regimes, such as the ones in post-communist Eastern Europe.  This approach allows us not only to gain a deeper understanding of youth activism in non-democracies, but also of why social movements have different outcomes. This is particularly useful for those studying current protest movements, such as the ones in Russia.

On the eve of the 2018 Russian presidential elections, a number of anti-government protests have involved young people and students. Russian youth movements are using a range of tactics similar to the ones studied in this book, including non-violent protests, the use of political humour as well as new tools that have emerged with the twenty-first century, such as social media. In response, the Russian government, learning lessons from previous waves of protests and especially the Maidan Revolution in Ukraine, has engaged in countermoves, such as the demonisation of activists in state-controlled media, detention and police violence during protests, as well as support for pro-regime movements.

In addition, structural conditions such as the lack of access to media, divisions among the opposition’s presidential candidates and a broader support for President Putin’s re-election create serious obstacles to the success of Russian youth movements. While it remains to be seen how the tactical interactions between youth and the Russian government will play out, Nikolayenko’s framework can provide useful guidance to understand the possibilities of the role of youth civic engagement in changing a hybrid regime such as that of Russia.

In conclusion, the insights into the youth protest movements in the five Eastern European countries studied in this book are important for those who are interested in the role of youth in processes of democratisation, not only in post-communist countries, but around the world. The book’s message is that while youth can be an important factor in social change, they need to show ‘a great deal of resourcefulness’ and innovative ideas to develop expertise and mobilise citizens against a repressive regime (250-51).

Anna Nadibaidze holds an MSc in International Relations from the LSE and has previously studied at McGill University and the University of Edinburgh. Her research interests include European and Russian/Eurasian politics, international institutions, and discourse in IR. She tweets: @AnnaRNad. 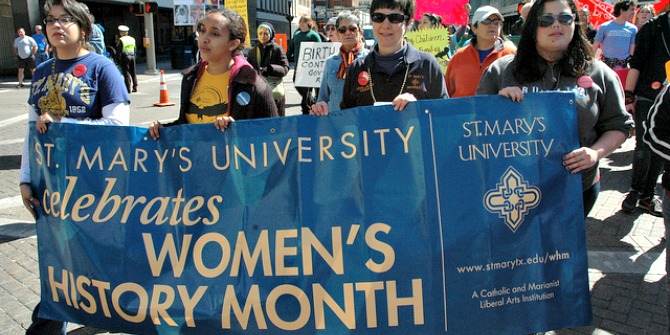