In War in 140 Characters: How Social Media is Reshaping Conflict in the Twenty-First Century, David Patrikarakos explores how social media is shifting the power balance from governments and institutions towards individuals and networks and the impact this is having on contemporary warfare. Relating the personal stories of individuals caught up in conflict, this book underscores the centrality of narratives and storytelling to understanding the changing face of war today, writes Madeline McSherry. 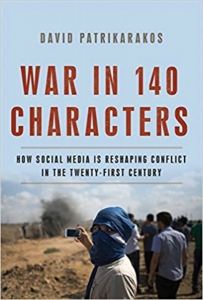 A Palestinian girl takes to Twitter to tell her story of suffering at the hands of Israel. In Ukraine, a woman raises funds via Facebook for Ukrainian troops. On social media, a handful of individuals confront Russia over the downing of Malaysia Airlines Flight 17.

These are a new breed of ‘warriors’ in twenty-first-century conflict—the powerful, globally connected individuals that journalist Davis Patrikarakos calls ‘Homo digitalis’ (9). These individuals and their stories are on the frontlines of his new book, War in 140 Characters: How Social Media is Reshaping Conflict in the Twenty-First Century.

At its heart, War in 140 Characters explores how social media is shifting the power balance from institutions and governments to individuals and networks of individuals—and it’s having an enormous impact on how wars are being fought and won. Take Farah Baker, for instance: the Palestinian teenager whose tweets chronicling the 2014 Israel-Gaza conflict went viral and helped spark international outrage against Israel. Armed with a smartphone, Farah went from powerless teenager stuck in her apartment in Gaza to citizen-journalist reporting on war for a global audience.

Communicating in ways once reserved for legacy media outlets and national governments, Farah put forth an unmediated political narrative that lent support to Hamas and helped discredit Israel. ‘Hello, I’m Farah Baker,’ she tweeted on one occasion. ‘I live in #Gaza and Hamas is NOT using me as a human shield’ (40). First circumventing traditional media then covered by them, she became what Al Jazeera America called the ‘sudden Gaza spokesgirl’ (33). 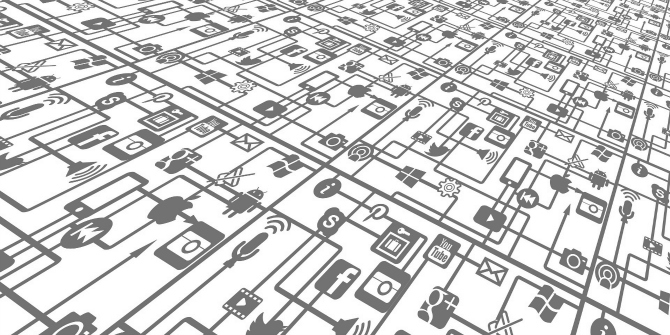 As Patrikarakos explains, Farah’s story illustrates that ‘a lone teenage girl can now battle—and threaten—the institutional power of one of the world’s most powerful armies’ (23). But what impact can individuals like Farah really have on international conflicts and their outcomes? By the time the 2014 war in Gaza ended, over 2000 Palestinians had been killed and thousands more wounded, while Israel reported just 72 deaths. Sure, Farah may have helped shape a global narrative of Israeli aggression and Palestinian victimhood, but what tangible effect did she have?

Patrikarakos anticipates such questions and provides a persuasive response. In an asymmetric conflict like that between Palestine and Israel, he argues, Palestine can’t hope to win the military battle. But thanks to individuals like Farah, it can win the discursive, political battle, which, the author contends, has grown increasingly important. By triumphing in this war of narratives, Palestine gains greater international sympathy, creating a global environment in which Israeli aggression becomes less tenable.

Perhaps more convincingly, Patrikarakos also shows how Homo digitalis can have more concrete impact, helping to turn the tides not only in the discursive realm but on the physical battlefield too. Anna Sandalova, the ‘Facebook warrior’, is a prime example. She raised over a million dollars via Facebook for uniforms and equipment for the under-resourced Ukrainian army during the 2014 crisis. Able to mobilise resources in ways Ukraine’s corrupt state apparatus never could, Sandalova is living proof of the ongoing power transfer Patrikarakos describes: ‘As the state fails, Homo digitalis rises to take its place’ (92).

Nowhere is this transfer of power more evident than in the story of Eliot Higgins, the obsessive online gamer whose social media investigation challenged a global superpower. With just an internet connection, Higgins and a small group of individuals conducted an open-source investigation into the downing of MH17 more effectively than the world’s most powerful intelligence agencies.

So while individuals like Sandalova and Higgins quickly assume roles traditionally filled by nation states, how are governments responding?  Not fast enough, argues Patrikarakos. Most world leaders ‘govern like twentieth-century officials in a twenty-first-century world’ (197), unable to come to grips with the cultural, social and technological transformations of the past few decades.

But Patrikarakos identifies at least one exception, a leader he calls the ‘master practitioner’ of contemporary warfare: Vladimir Putin (166). Taking readers into a troll farm in St. Petersburg, Patrikarakos lays bare Russia’s ‘twenty-first century military doctrine’ (256), which relies on mass-produced memes, photo-shopped images and modified articles to reinvent reality. The state may be losing its power to control narratives, but Russia is striking back.

It’s on this point that Patrikarakos reveals his disdain for certain theoretical approaches, marking one of the book’s weakest arguments. He claims that ‘the rise of postmodernism within our academic institutions and its lack of belief in knowable “objective truth”’ has enabled ‘the lies of both the Kremlin and Trump to flourish’ (14). Though seemingly casual and offhanded, this statement implicates rigorous theoretical approaches in the rise of totalitarian governments.

Approaching academic research with the humility of never being fully able to grasp the truth from one’s limited human perspective should not be conflated with a flat-out embrace of ‘alternative facts’. Patrikarakos’s comment could be an interesting argument to develop, but it comes off a little condescending and potentially incendiary. It’s also ironic considering that a book like War in 140 Characters—which places words and language at the centre of the social construction of war—might not have been possible without a theoretical predecessor like postmodernism.

War in 140 Characters is, after all, a book fundamentally about the power of narratives to shape our world and our wars. And what makes it so readable is that it is a book of stories, drawing readers into the personal, poignant lives of individuals to explore some of the most important questions about the changing face of contemporary warfare.