With Social Theory Now, editors Claudio E. Benzecry, Monika Krause and Issac A. Reed bring together contributors to provide an outlook on the current state of social theory and a vantage point from which to gauge its transformations over the last 30 years. Driven by the question of what holds social theory together given its diversity, this fruitful volume establishes a ‘trading zone’ of ideas across institutional and intellectual divides, writes Marcos Gonzalez Hernando. 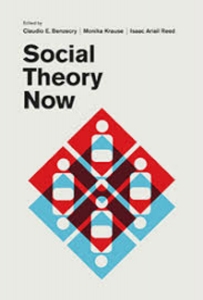 In 1987, Anthony Giddens and Jonathan Turner put together Social Theory Today, an ambitious edited book that sought to outline the landscape of social theory at the time, with individual chapters dedicated to many of its most central currents. Since then, the names in its remarkable list of contributors have only become more impressive (e.g. Axel Honneth, Ralph Milliband, Immanuel Wallerstein). Neither a handbook nor a textbook, Social Theory Today did not attempt to offer an overarching view of what social theory is or should be, but to indicate where the field was and where it was heading, with an emphasis on some of its tendencies and structuring cleavages. These were, the editors surmised: the dwindling appeal of logical empiricism; a concurrent resurgence of hermeneutics, phenomenology and symbolic interactionism; the question over how to account for the ‘structure-agency’ divide; debates over the status of the social sciences vis-à-vis the natural sciences; and a split between theoretical and empirical research.

Three decades later, Social Theory Now, edited by three rising academics – Claudio Benzecry, Monika Krause and Isaac Reed – explicitly seeks to do something similar. Inspired by Giddens and Turner, this book provides an outlook on the current state of social theory and, in the process, a vantage point from which to gauge how it has changed in the past 30 years. Similar in format to its predecessor, Social Theory Now furnishes thirteen chapters by both young and consecrated academics, each with a critical summary and assessment of an influential theoretical tradition or theme. Through this lineup, the book pursues two aims: to provide an account of the cutting edge of social theory across its many branches and divides; and to build bridges between these.

Hence, Social Theory Now is no treatise, neither pursuing coherence nor exhaustiveness. Instead, it aims to be a description of the state-of-the-art of socio-theoretical scholarship and a platform to facilitate fruitful engagements that are rare elsewhere. In line with that goal and the eclectic nature of this endeavour, it is not a collection of hagiographies, but of critical engagements with various theoretical strands informed by empirical work. The reader will not find overly niche research papers nor accessible primers, but appraisals of where a theory is most productive, its stumbling blocks and possible ways forward. By way of illustration, a suggestive chapter on Rational Choice Theory by Ivan Ermakoff is structured around the question of how this paradigm has survived, given the many (often quite convincing) challenges it has faced in past decades. 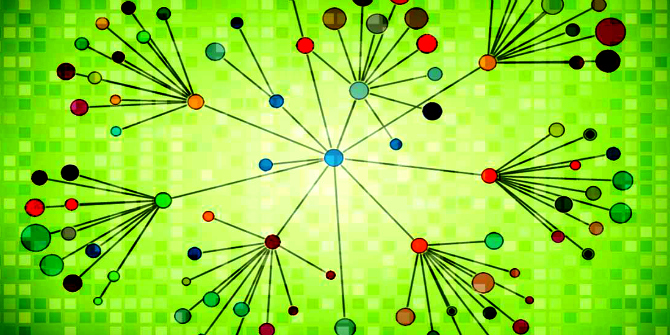 At the crux of Social Theory Now is the question of what holds social theory together, given the diversity of its subject matter. Much like for Social Theory Today, the provision of socio-scientific laws in the model of the natural sciences is deemed mostly insufficient to define social theory, though for the earlier book perhaps this is still an issue worth debating lengthily. Instead, the editors of this collection propose four shared themes and questions, which structure the selection of chapters and how they differ from each other. These are ‘how the social order is possible’, and the roles of ‘materiality’, ‘meaning’ and ‘practice’. In addition, Social Theory Now – perhaps especially indebted to current developments in the sociology of knowledge – aims to put in contact theories from across varying national and institutional contexts. Thus, it is also an attempt to establish a ‘trading zone’ that allows for mutually beneficial communication across often insurmountable intellectual and institutional divides. Due to the above, this book is especially useful for the teaching of social theory – which is explicitly one of the central preoccupations of the editors, and one of their intended contributions to the field.

Given their similar aim and format, the differences between Social Theory Today and Social Theory Now can be particularly telling, which perhaps is one of the latter’s greatest selling points. Most strikingly, while Social Theory Today lacked meaningful references to theories of gender and the postcolonial condition, these are at the centre of Social Theory Now – both as stand-alone chapters and cutting across the whole book. Indeed, as Benzecry, Krause and Reed note, perhaps with a bit of incredulity, all contributors of Social Theory Today were (white) men. Furthermore, and expectably, theories that in the past twenty years have become widely influential are now present (e.g. Actor-Network Theory; Field Theory; the Sociology of Conventions), while others have disappeared (e.g. Behaviourism; Structuration Theory; Class Analysis) or merged or transmuted into new forms (e.g. a chapter on Parsonian Sociology is replaced by one on Systems Theory; chapters on Ethnomethodology and Symbolic Interactionism are absent, but there is one now on ‘Varieties of Microsociology’). These changes are arguably as much (if not more) an effect of changing times as a product of editorial choices.

Through the above comparison, one can see that much has been gained since 1987, both in terms of representation of non-male and non-Western perspectives as well as in the superseding of intellectual cul-de-sacs – such as a previous fixation over the question of the scientificity of social theory. However, one might ponder, has something been lost in the process? To be sure, and for whatever reason, issues that feature prominently in Social Theory Today have lost their centrality – the absence of a ‘class analysis’ chapter looms large. More generally, as the editors themselves declare, new sites from which to ‘theorise sociologically’ have emerged, and 1980s social theory has itself become ‘classic’. This has meant ever more complexity and fragmentation, and less clarity over what the ultimate aim of social theory should be. These changes, the authors surmise, are linked to a ‘de-centring of theory’; and though there are certainly risks associated with this trend – for instance, a propensity for factionalism – Social Theory Now does not propose a new centre. Trying to subsume all paradigms and ‘centres’ into one would also mean a loss, after all. Perhaps for that reason, no conclusion or afterword is provided.

Marcos Gonzalez Hernando is Affiliated Researcher at the University of Cambridge, Senior Researcher at Think Tank for Action on Social Change (FEPS-TASC), and Managing Editor at Distinktion: Journal of Social Theory. He has experience teaching research methods and social theory at the University of Cambridge, City, University of London, and Universidad de Chile, and his main research interests lie in the sociology of knowledge, particularly in what concerns experts, political elites and intellectual and policy change. He has recently published a book with Palgrave on the effects of the 2008 global financial crisis on British think tanks. His current research examines the composition and attitudes towards inequality of the top ten per cent of income earners in Ireland, Spain, Sweden and the UK.