In Taking Back Philosophy: A Multicultural Manifesto, Bryan W. Van Norden challenges the Western and Eurocentric domination of philosophy curricula and puts forth a multicultural manifesto to encourage more intercultural dialogue within the discipline. While this is a compelling read, Alex Sager suggests that it may not go far enough in envisaging the necessary reconstruction of philosophy from its very foundations. 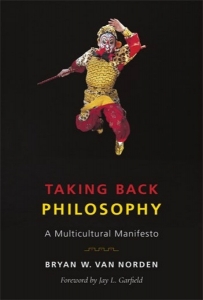 Philosophy as an academic discipline is in a crisis: it is at a turning point at which it will either get better or die. From outside of the university, scientists dismiss the value of the discipline. From within, administrators facing funding cuts target the humanities, in some instances closing entire departments. Internally, a series of high-profile sexual harassment cases have exposed the misogyny embedded in the discipline’s institutional culture.

Though philosophy is still predominately white and male, its demographics are changing. More women and people of colour from around the world are taking leadership positions. More and more, it has become harder to ignore the discipline’s parochial horizons and to accept the narratives that support the curricula of most departments.

Bryan W. Van Norden’s Taking Back Philosophy: A Multicultural Manifesto has its origins in a blog post co-authored with Jay L. Garfield, ‘If Philosophy Won’t Diversify, Let’s Call It What It Is’. Since philosophy departments focus almost exclusively on European traditions and continue to resist expanding the canon, Garfield and Van Norden recommended renaming them ‘Departments of European and American Philosophy’.

A furore ensued. While many responses were thoughtful, some philosophers embarrassed themselves by weighing in on ‘non-Western’ philosophy (the idea of the ‘West’ is itself problematic) without bothering to actually study it. One of the most insightful (and amusing) responses came from Manuel R. Vargas’s parody where he attempts to defend the discipline to his Latin American, Asian, Africanist, Indigenous and comparativist friends who ask: ‘If Anglo-American philosophy is so great, where is its Las Casas?’ 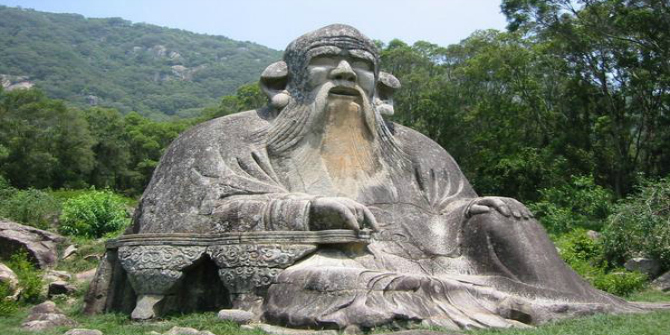 Taking Back Philosophy is a compelling, infuriating but ultimately unsatisfying attempt to reconceive the discipline. It provides a ‘Manifesto for a Multicultural Philosophy’ (Chapter One) that demonstrates how philosophical traditions from around the world can engage in fruitful dialogue (Chapter Two). It takes on those who wish to build walls between traditions (Chapter Three) and aptly defends philosophy’s value to those like US Senator Marco Rubio who insisted we need fewer philosophers and more welders (Chapter Four) (Rubio has since recanted). Finally, it puts forward a vision of philosophy amenable to intercultural dialogue (Chapter Five).

Taking Back Philosophy is most effective in refuting those who wish to exclude non-Western philosophy from the curriculum. Van Norden makes a decisive case for how Chinese (and to some extent Indian) philosophy extends and deepens our understanding, providing insight into personal identity, the self, human nature, virtue and the weakness of will. Philosophers need to tear down walls (though Van Norden’s use of the battle of Jericho hardly seems an inspiration for intercultural dialogue (107-9)).

Van Norden’s reconstruction of the history of canon formation in the nineteenth century is compelling. He draws on Peter K.J. Park’s Africa, Asia, and the History of Philosophy: Racism and the Formation of the Philosophical Canon, 1780-1920 to debunk the notion that philosophy originates with the peculiar genius of the Greeks and thrives exclusively on European soil. Park locates the exclusion of Africa and Asia from the philosophical canon in the racist histories of philosophy put forward in the late eighteenth century by Christoph Meiners and Wilhelm Tennemann, culminating in Hegel. Park’s narrative is in many respects illuminating, but more is needed to explain the peculiar structure of contemporary philosophy departments (including those that privilege logic, the analysis of language and close interaction with the hard sciences over historical training).

The major limitation of Taking Back Philosophy is that it doesn’t really make a case for a multicultural approach to philosophy. It is understandable that Van Norden chooses to focus on Chinese philosophy given that it is his area of specialisation (149), but beyond a link to his website with a reading list of ‘Less Commonly Taught Philosophers’, he does very little to advocate for philosophy outside of China and India.

This is connected to a more serious concern. Taking Back Philosophy largely advocates an ‘add and stir’ approach to diversity. Philosophy, in Van Norden’s conception, is defined as a set of important problems about how one should live today (151). Since philosophers from around the world have important insights into how to address these problems, they can be brought into fruitful dialogue. Van Norden insists it is possible to isolate the racist origins of the discipline from its central problems.

This may be true to some extent, but I suspect he underestimates the effects of a critical reading of the canon. As John E. Drabinski observes, the discipline takes on a quite different meaning if one reads the Western philosophical tradition in the context of colonial and imperialist histories in which it played a role in fostering and upholding an ideology of white supremacy (for example, through the construction of the ‘West’ itself). When this history is revealed, it becomes very hard to conceive what is needed to reconstruct the discipline so that it is no longer defined by its Eurocentrism.

Van Norden often conflates philosophy as an academic department with philosophy as a loose tradition that contemplates certain types of questions. Philosophical questions (at least at a certain level of abstraction) are perennial. As long as there are humans, people will wonder about the nature of reality, the features of a good life or how to acquire knowledge. Much of this inquiry takes places outside of academic departments where people are more likely to read Confucius’s Analects, the Daodejing (Tao Te Ching), and the Bhagavad Gita than Immanuel Kant’s Groundwork, the pre-Socratic fragments or Thomas Hobbes’s Leviathan.

In contrast, philosophy departments are historically and culturally contingent institutions embedded in universities. They are buffeted by demographic change and globalisation which make it hard to sustain their current curricula. Moreover, a great deal of philosophical activity takes place across the humanities and social sciences. It has become harder and harder for philosophers to explain what distinguishes them from other scholars asking similar questions. Van Norden is likely right that ‘Philosophy must diversify or die’ (8). Philosophy departments need to move away from their Eurocentric prejudices. But what this means is still unclear because we have only just begun the process of reconstructing the discipline.

Posted In: Asia | History | Philosophy and Religion | USA and Canada 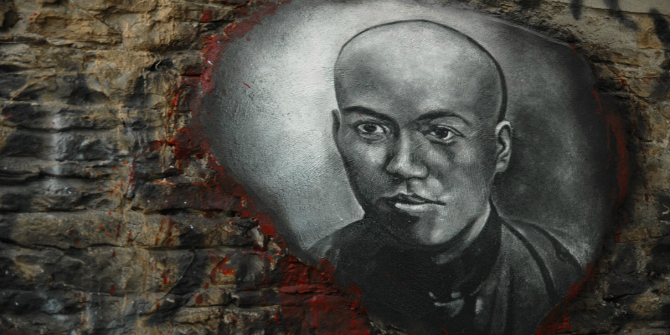