In Metric Culture: Ontologies of Self-Tracking Practices, editor Btihaj Ajana brings together contributions that investigate the motivations behind as well as the processes and benefits of self-quantification. The interconnecting themes of the chapters will aid any researcher wanting to deepen their understanding of contemporary uses of self-tracking, even if the volume leaves open the question as to whether the Quantified Self is an untapped resource or a new form of exploitation, writes Sam di Bella. 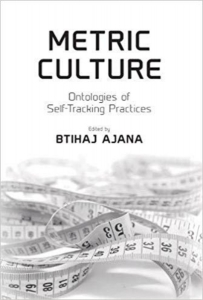 There is strength in numbers, we are told. But since we are each only one, we must reproduce reflections of ourselves in record. It’s tempting to imagine that we emit, or shed, data constantly. And so, methods for quantifying the self and administrative record-keeping have been adopted by governments and citizen scientists to harness the latent unanalysed quanta they see all around us. Their assumptions and justifications, however, still elude definition. To clarify those relations, Metric Culture: Ontologies of Self-Tracking Practices, edited by Btihaj Ajana, is a new collection of investigations into the motivation behind as well as the process and benefits of self-tracking.

Drawing from a 2017 conference at the Aarhus Institute of Advanced Study, Metric Culture comprises interviews with Quantified Self (QS) participants, medical patients and students and discourse analysis of government policy, academic metrics and tech company documentation. Since most of the chapters draw from qualitative interviews, the volume provides a good survey of attempts to make sense of self-tracking.

There are (appropriately) few sections that make use of quantitative analysis—those that do have small sample sizes, making generalisation of their results doubtful. Unfortunately, as is often the case for an edited collection, there is also little structural organisation to draw the individual chapters together, other than editor Ajana’s introduction. A slim, disorganised index (and the lack of DOI reference numbers) also hinders the usability of Metric Cultures as a volume. Despite this, there are enough interconnections between chapters for any researcher who wants to add depth to their analysis of contemporary self-tracking.

Cris Shore and Susan Wright begin Metric Culture with a contemporary history of self-quantification. They trace the rise of New Public Management in the 1980s and its obsession with key performance indicators (KPIs) to contemporary credit companies and data brokers, which presage China’s newly developed social credit systems. They argue that numerical scores, like KPIs, were at first ‘“proxies” for quality or excellence’ (12) that spiralled beyond their original scope.

Shore and Wright note that these scores have increased bureaucratic reporting burdens while at the same time reducing individual discretion in corporate and academic workplaces. KPIs, in turn, are supported by techniques like gamification that exploit addictive design to turn ‘surveillance into something also highly pleasurable’ (25). Even grassroots activism and individual empowerment are easily co-opted by the rhetoric of quantification, leading Shore and Wright to pose a question that echoes throughout Metric Culture: ‘When is self-auditing a form of managerial oppression and when is it a genuine expression of personal autonomy and selfhood?’ 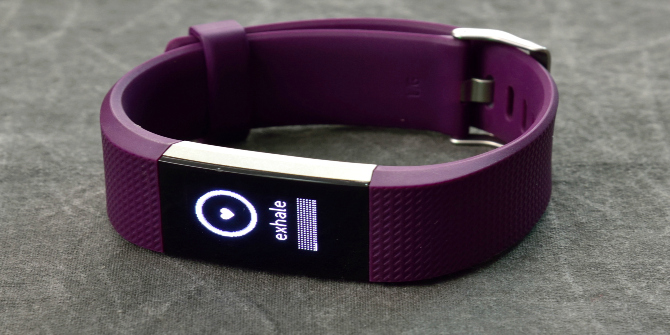 The QS movement, proper, is a strange mixture of ‘life-hacking’ and ‘life-logging’. The goals of QS run the gamut from the whimsical, but excruciatingly detailed, data visualisations of Nicolas Felton to rationalist attempts at optimising sleep schedules for maximum productivity (see Sam Frank’s ‘Come With Us if You Want to Live’). Self-trackers with extensive technical experience, like Thomas Blomseth Christiansen et al in ‘The 1-Person Laboratory of the Quantified Self Community’, value digital recording tools and easily exportable records. By recording data in an external device (diary or hard-drive), QS participants make themselves into ‘assemblages’ of human and object that overcome the cognitive limitations of the human body alone. Christiansen et al want to reject the ‘n=1’ vision of the Quantified Self and adopt a ‘lab of 1’ model—like ethnography, self-tracking is another method that uses the researcher themselves as a tool. We are not, however, all scientists, programmers or archivists, so how useful can these technocratic methods be? (Christiansen et al also argue that QS is a misnomer. They claim it was intended as a title for a single conference, and not to encompass the entire community.)

In their chapter on Australian self-trackers, Deborah Lupton and Gavin Smith saw participants use tracking for self-improvement and control, yes, but the interviewees from Karolin Eva Kappler et al’s chapter on ‘resonating’ self-tracking have wider aims. Kappler et al borrow from Hartmut Rosa’s sociological theory of ‘resonance’ to describe the appeal of self-tracking to modern users. They propose that self-tracking is a way for people to escape from the alienation of technology and put themselves into a responsive, push–pull relationship with the world. By providing a tether to one’s environment, self-tracking can provide wellbeing or self-optimisation. Christiansen et al also demonstrate how the projects of QS trackers can expand beyond their initial intended scope. Some trackers make playful, curious or diaristic records, while others have to decide how to account for failures in recording. Kappler et al found that the physical needs of digital devices often caused many of those failures—indeed, Lupton and Smith actually show how widespread nondigital forms of self-tracking still are: ‘more than half [of the interviewees] also used pen-and-paper records’ (63).

The interviews with MyFitnessPal app users by Gabija Didžiokaitė et al also hint at the limitations of self-recording: it is difficult to record an action without interrupting the action itself, which encourages app users to either plan ahead or rely on memory for their records: ‘in many instances convenient use of MyFitnessPal that fits with one’s own life is more important than “perfect” use that generates “reliable” insights’ (142).

Still, Lupton and Smith note that their self-trackers viewed the method as ‘morally virtuous and individually advantageous’—an indicator of responsibility and capability. (Antoinette Fage-Butler’s chapter on sleep apps is a less successful demonstration, for its equation of marketing discourses with user motivations.) Not everyone who self-tracks is a citizen scientist developing their technologies of the self or feeding their curiosity.

Where Lupton and Smith note that nearly all their participants adopted self-tracking willingly, other chapters in the book delve into its compulsory forms. Giada Danesi et al discuss the self-tracking practices of people with diabetes; Nicole Thualagant and Ditte-Marie From explain how digital literacy and self-tracking have become a prerequisite for receiving welfare benefits in Denmark; and William G. Staples analyses how a digital report card system at a school altered students’ perceptions of their grades.

In these cases, self-tracking becomes more about discipline or socialisation than exploration and expression. And it is an alluring way to reduce costs for states and institutions—by outsourcing the labour of surveillance onto their subjects. Chelsea Palmer and Rochelle Fairfield, in their feminist analysis of privacy policies and autoethnography, suggest how QS methodology is linked to New Public Management bureaucracy:

Quirky basement experiments first prove sustainable, and then they prove profitable. Suddenly it is no longer about solving puzzles, it is about how many units can be crammed into one tractor trailer and shipped to stock shelves (228).

Even for Palmer and Fairfield, the temptation is too much: in the conclusion to their chapter, they can’t help but salivate over the potential social good that could be harvested from QS data. (See Data & Society’s recent report on precision medicine for examples of the systemic risks and benefits to using data in healthcare services.)

Thualagant and From describe how new digital governance systems expect citizens ‘to contribute to the modernisation of welfare by participating as co-manager’ (53). So, in self-tracking, have we found an untapped resource or a new form of exploitation? I myself worry that self-tracking will be another way for abled people to define norms for medical care. At my last appointment, my neurosurgeon casually and kindly recommended that I begin to keep a pain diary—otherwise how would I know if it began to worsen, how could I know my body without measurement, was the tacit assumption. I bristled at the suggestion: pain is qualitative. Metric Culture delineates, but does not alleviate, that worry.

Posted In: Contributions from LSE Staff and Students | Media Studies | Science and Tech