This book review has been translated into Mandarin by Quek Xiao Tong 郭晓彤 (LN814, teacher Dr Lijing Shi) as part of the LSE Reviews in Translation project, a collaboration between LSE Language Centre and LSE Review of Books. Please scroll down to read this translation or click here. 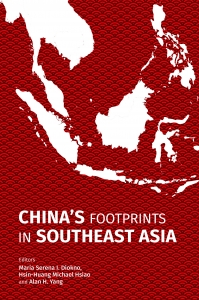 China’s foreign relations have long been a popular topic, especially its interactions with neighbouring countries. This book explores a range of theories and analyses up-to-date data to provide readers with an insightful look into China’s relations with Southeast Asian nations, particularly how China’s soft power influences the region.

In Chapter One, editors Maria Serena I. Diokno, Hsin-Huang Michael Hsiao and Alan H. Yang briefly review four stages of China’s relationship with Southeast Asian countries, and also summarise an overall view of China’s shifting role in the region, starting as an economic player to become an influential soft power. Here, the editors also mention several theories – such as Sinocentrism, the tribute system and others – to provide a brief explanation of the spread of China’s soft power.

In Chapter Two, Teng-chi Chang identifies the intangible factors, such as political value and leaders’ perceptions, that have contributed to China’s foreign policy and explains the changing regional engagement policy from the Deng Xiaoping period to the Xi Jinping administration. China under Deng’s leadership was ‘hiding its power’ and gradually shifted to ‘peaceful rising’. However, it has taken a harsher attitude after President Barack Obama announced a ‘pivot to Asia’, because China believes the US is intentionally countering its rising. Since late 2012, when Xi took office, China has developed a plan to achieve the ‘Chinese dream’, which can be understood as a tool to apply its discursive power. Chang points to both the internal and external factors which have affected China’s foreign policy dynamics; however, he does not fully explore relations with Southeast Asia. Moreover, China has shown its assertiveness since the mid-1990s, which was far earlier than Obama’s policy, so there are other factors that might need to be taken into consideration.

In Chapter Three, Ian Tsung-yen Chen uses the most-likely crucial-case research design, selecting Sino-Myanmar relations as a case to discuss China’s economic engagement in Southeast Asia and its influence which is measured by the Composite Index of Economic Influence. China’s economic presence in Myanmar has boomed since the 1990s due to Western countries implementing sanctions over Myanmar. China has therefore become its top trading partner and the largest Foreign Direct Investment (FDI) donor as well as stockholder. However, this economic interdependence does not necessarily mean that Myanmar acts fully in concert with China, especially following its democratisation. Based on the collected data, the two countries have considerably different beliefs on human rights and the nuclear issue. Southeast Asian countries have been facing China’s rising and its influence since the 1990s, and have benefited economically while remaining concerned about their autonomy and security. Myanmar is a representative case of this, as well as a good foundation for further study on the interdependent relations between a great power and a small state. 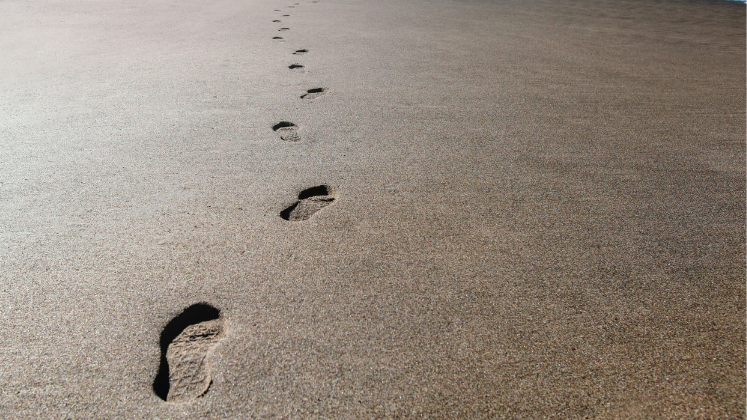 Image Credit: Crop of Photo by Daniel Schludi on Unsplash

In Chapter Four, Ngeow Chow Bing explores China’s footprint in Malaysia, as demonstrated by the Malaysia-China Kuantan Industrial Park (MCKIP). China is now the largest trading partner of Malaysia despite the late start to their economic relations, and the Chinese government also financially support the Malaysian government. Malaysia’s investment in China has been steadily increasing as well. MCKIP was one of the examples of Chinese and Malaysian joint projects that economically benefit both sides and show the friendship between the nations. However, the same case also demonstrates how central-local attitudes are sometimes contradictory due to different stands of interests. Moreover, some Chinese companies become involved in Malaysian domestic bureaucratic competition, which hinders projects’ progress. In fact, many countries retain a sceptical attitude towards China’s overseas projects, because the intentions behind China’s expansion are unclear. Small countries fear being manipulated by the Chinese government in the future. How to balance economic benefits and the preservation of national security will be a difficult problem for all of the Southeast Asian states, particularly with more projects conducted under the Belt and Road Initiative.

In Chapter Five, Natalia Soebagjo identifies that due to insufficient mutual understandings of business culture and procedures, China and Indonesia have conducted a severely delayed powerplant project. There were two main problems that hindered progress: the selecting process, especially the biding procedure; and financing issues, alongside other facilitating conditions which slowed down the project. The lesson drawn from this case is that both China and project host countries should do more research on each other’s political and business culture in order to proceed smoothly and avoid misunderstanding and unnecessary troubles.

In Chapter Six, Dennis D. Trinidad elaborates the aid policy mismatch between the Philippines, a Development Assistant Committee (DAC) member, and China, a non-DAC donor (NDD). Aid is a tool to assist and coordinate China’s foreign and commercial policies. However, due to China being a NDD, it is highly likely to fuel the host country’s local corruption by misusing public resources for private purposes, which can possibly cause the failure of projects. Trinidad points out that if China uses foreign aid as one of its soft power tools, it may work better with non-DAC recipients. However, the chapter would be more complete if he provided some recommendations for NDDs when cooperating with DACs.

In Chapter Seven, Yumi Kitamura focuses on the Chinese-Indonesian push for the reacceptance of Confucianism in the post-Suharto government. This is a representative example of China’s soft power in Indonesia, as one of the reasons for the Indonesian government to accept Confucianism was to seek China’s aid. Kitamura develops a unique angle to connect religious and economic assistance. However, further studies might aim to explore the mechanisms between Chinese Indonesians and the Chinese central government who provide financial aid, given that Chinese Indonesians were the main driving force behind  the official acceptance.

In Chapter Eight, Hsiao and Yang list Thailand, Singapore and Cambodia as examples of the strategic value of Confucius Institutes (CIs) in Southeast Asia, which have served as a tool for China’s government to establish and maintain relations with the host countries. However, there has been widespread scepticism voiced about CIs due to their less-than-transparent financial reports. Moreover, many host countries suspect CIs as being a propaganda means of the Chinese government. This is because the CIs are funded by the Chinese government, meaning they do not have full autonomy. The author uses several cases to argue that CIs are establishing guanxi (influential relationships) on behalf of the Chinese government; however, one should not neglect the cultural contribution nonetheless made by the CIs.

The collection covers a wide range of topics to demonstrate China’s soft power in Southeast Asia. The book is noteworthy because most of the chapters have been written from both China’s and the host countries’ perspectives. For example, while several authors discuss China’s aid policy, they also explain how the systems work in the host states and the potential problems between the donor and recipients. By analysing two sides on various subjects, this volume establishes a comprehensive picture of China’s footprints in Southeast Asia, as the title of the book promises.

Image Credit: Crop of Photo by Daniel Schludi on Unsplash 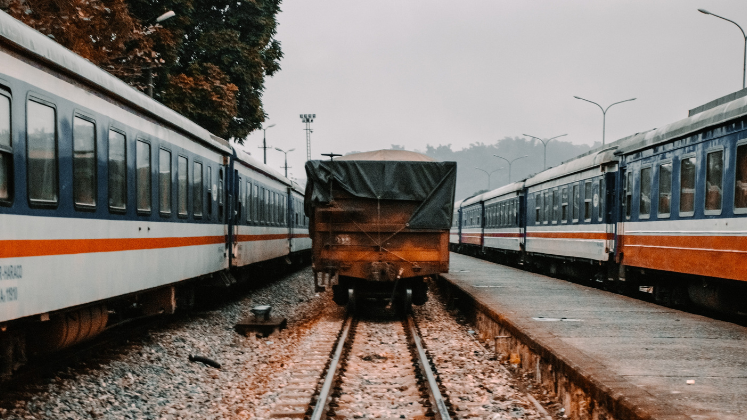